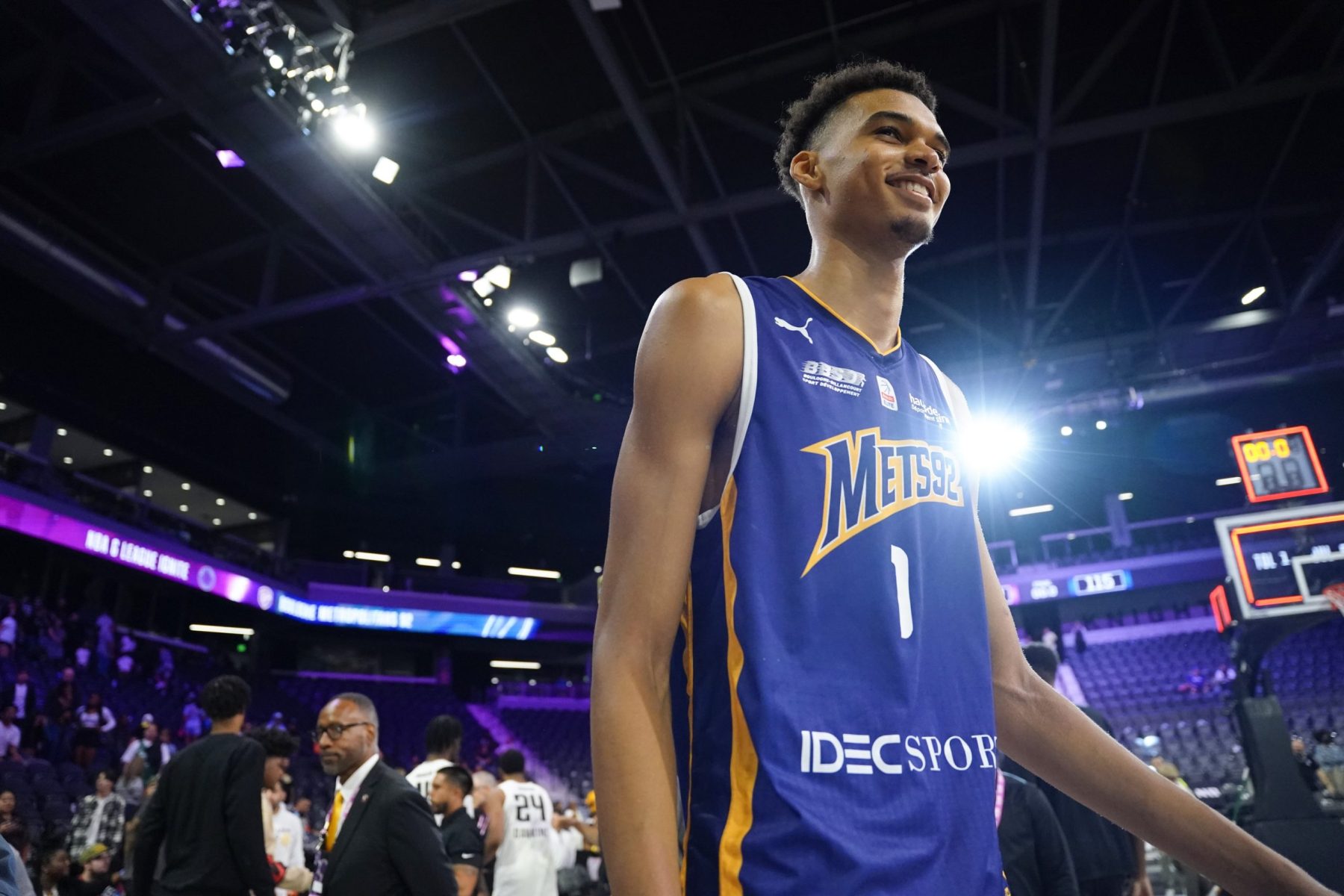 Victor Wembanyama took the basketball world by storm with his recent performances in exhibitions against the G League Ignite.

The French big man seems to be the best prospect since Los Angeles Lakers superstar LeBron James, and all teams across the league would surely love to get the chance to draft him next year.

While Adam Silver hopes that teams won’t tank for the talented youngster, that option is definitely on the table for some teams. Wembanyama seems like a generational talent.

Adam Silver on Victor Wembanyama: "I know that many of our NBA teams are salivating at the notion that potentially through our lottery, they can get him, so they should all still compete very hard next season." pic.twitter.com/sW93zDOFwG

A competing executive envisions Sam Presti and the Oklahoma City Thunder tanking this season, especially after the season-ending injury to Chet Holmgren.

“Presti has come this far,” the executive said, according to Bleacher Report’s Eric Pincus. “He’s not going to stop now. The injury to Chet makes it easier. He’ll try to land twin towers with Wembanyama.”

A frontcourt duo of Holmgren and Wembanyama would be very exciting. The two could easily dominate the league for years to come with their skills on offense and defense.

In recent years, the Thunder have been in a rebuild. They have won 46 games in two seasons and focused on stockpiling future draft picks in order to acquire lots of young talent.

Holmgren was expected to play a big role for the team this season alongside Shai Gilgeous-Alexander, Josh Giddey, Lu Dort and others.

However, he will have to wait until next season to make his official NBA debut. The Thunder are likely going to be one of the worst teams in the league once again this season.

That’s not to say that they don’t have a bright future ahead of them, but they’re not currently built to compete with the top dogs in the Western Conference.

It will be interesting to see how the Thunder end up performing this season and whether or not they end up with a top selection in next year’s draft.