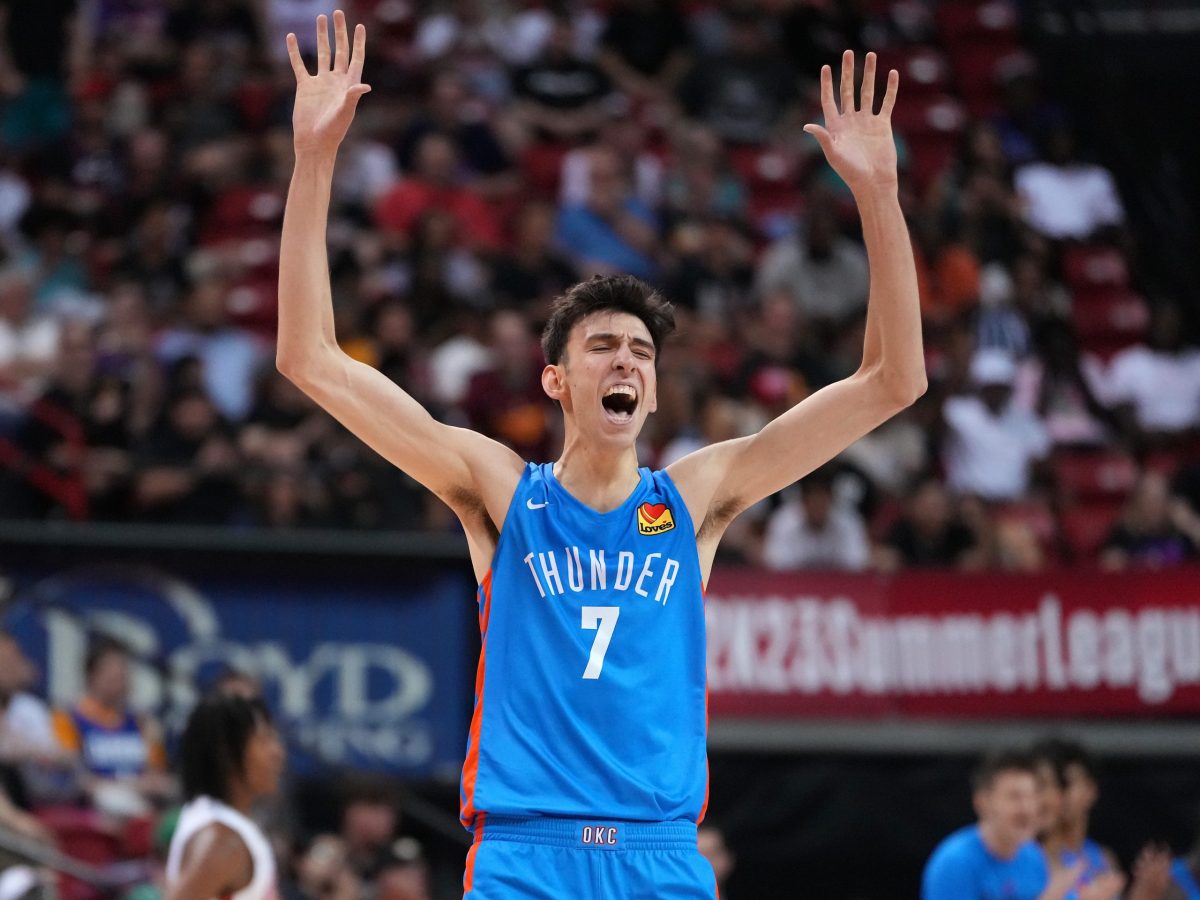 On Thursday, news that no NBA fan wanted to hear came down the pike.

After having to leave a recent pro-am game in Seattle due to an apparent foot injury, rookie Chet Holmgren will now have to sit out the entirety of the 2022-23 NBA season.

Thunder say Chet Holmgren will miss the entire 2022-23 NBA season due to his right foot injury.

The injury occurred when Holmgren was guarding Los Angeles Lakers superstar LeBron James in the game. The game itself was called off right before halftime due to condensation on the court. There isn’t a strong indication that the court quality and Holmgren’s injury are at all linked.

The play where Chet got hurt pic.twitter.com/uXlymMhK2N

These injuries are somewhat uncommon and can vary in terms of severity as well as required rehabilitation time.

Holmgren is far from the first star rookie to have to miss his first season in the league, as Blake Griffin, Ben Simmons and Joel Embiid immediately come to mind. Every situation is different, however, and it is hard to know how Holmgren will be impacted by this injury in the long term.

Of course, the hope is that he will make a full recovery and be able to pick up right where he left off last season. However, it is never good news when a big man suffers a lower-body injury.

Being a 7-footer and weighing 195 pounds, Holmgren may simply be too slight at the moment to really contend with the big men in the NBA. After all, he would have faced players far larger than James if he had managed to stay healthy heading into the upcoming season.

Hopefully, he will get to spend the next year not only recovering from the current injury, but also working with his team’s strength and conditioning coaches to try to build some more muscle.