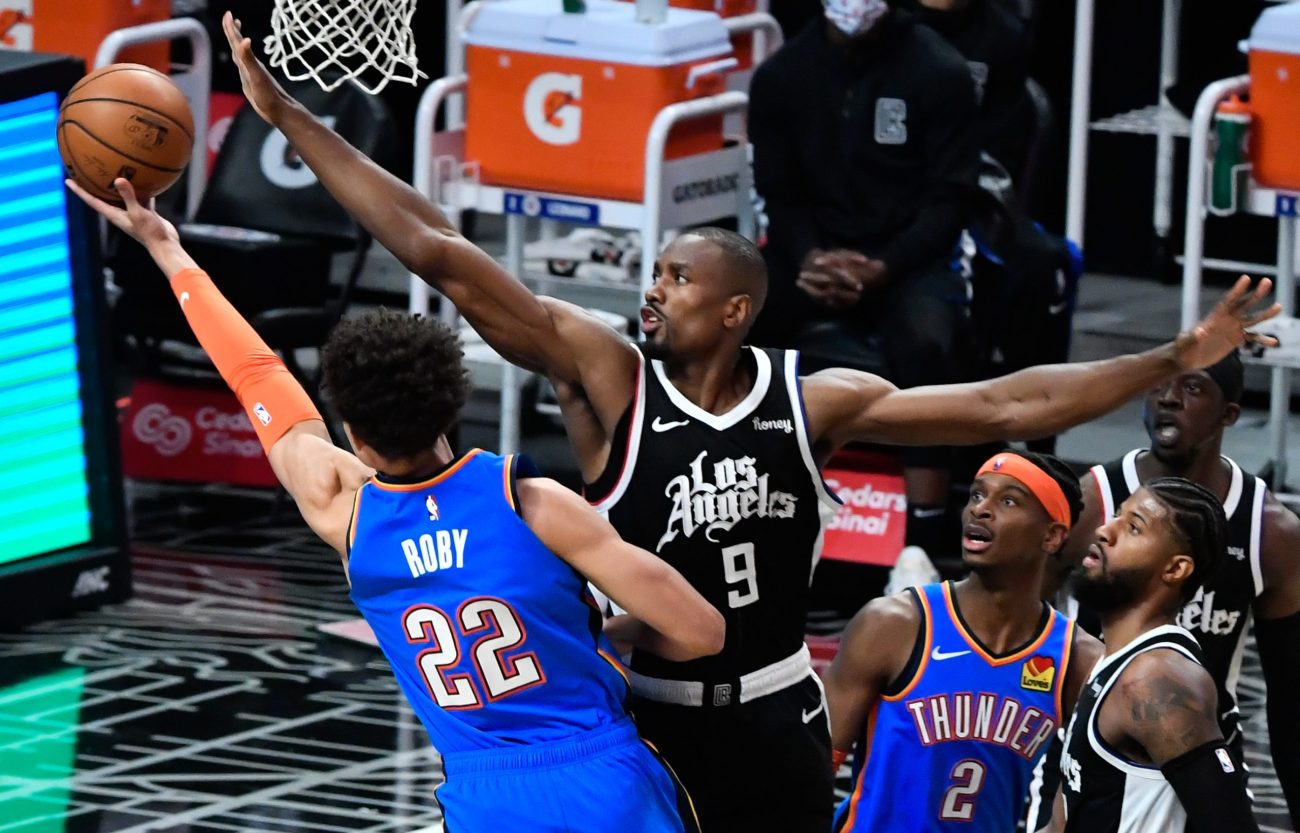 Financially, it would make a lot of sense for the Clippers to trade away Ibaka, which Jake Fischer of Bleacher Report pointed out.

“The Clippers moving Serge Ibaka appears to be the most likely trade deadline maneuver for Los Angeles,” wrote Fischer. “Shedding Ibaka’s $9.7 million salary alone would save the Clippers over $40 million in tax penalties.”

Fischer continued to explain that the Thunder are a team to keep an eye on when it comes to Ibaka.

Ibaka has appeared in 23 games for the Clippers this season. This is his second season with the team.

He isn’t getting as much playing time as he used to, and his numbers are down as a result. Overall this season, he’s averaging 6.3 points, 4.0 rebounds and 1.2 assists per game. The 32-year-old is shooting 47.1 percent from the field and 38.1 percent from 3-point range.

The former first-round pick spent seven seasons with the Thunder earlier in his career. If he were to land with them again, it’d be a big reunion.

The Clippers’ 2021-22 season hasn’t gone as hoped. With Kawhi Leonard on the shelf and Paul George also missing time, the team has struggled to a 21-21 record. That mark has the Clippers in the middle of the pack in the Western Conference.

As a result of L.A.’s rocky season so far, it seems like the team is open to the idea of selling at the trade deadline as opposed to buying. Time will tell which direction the organization chooses to go.