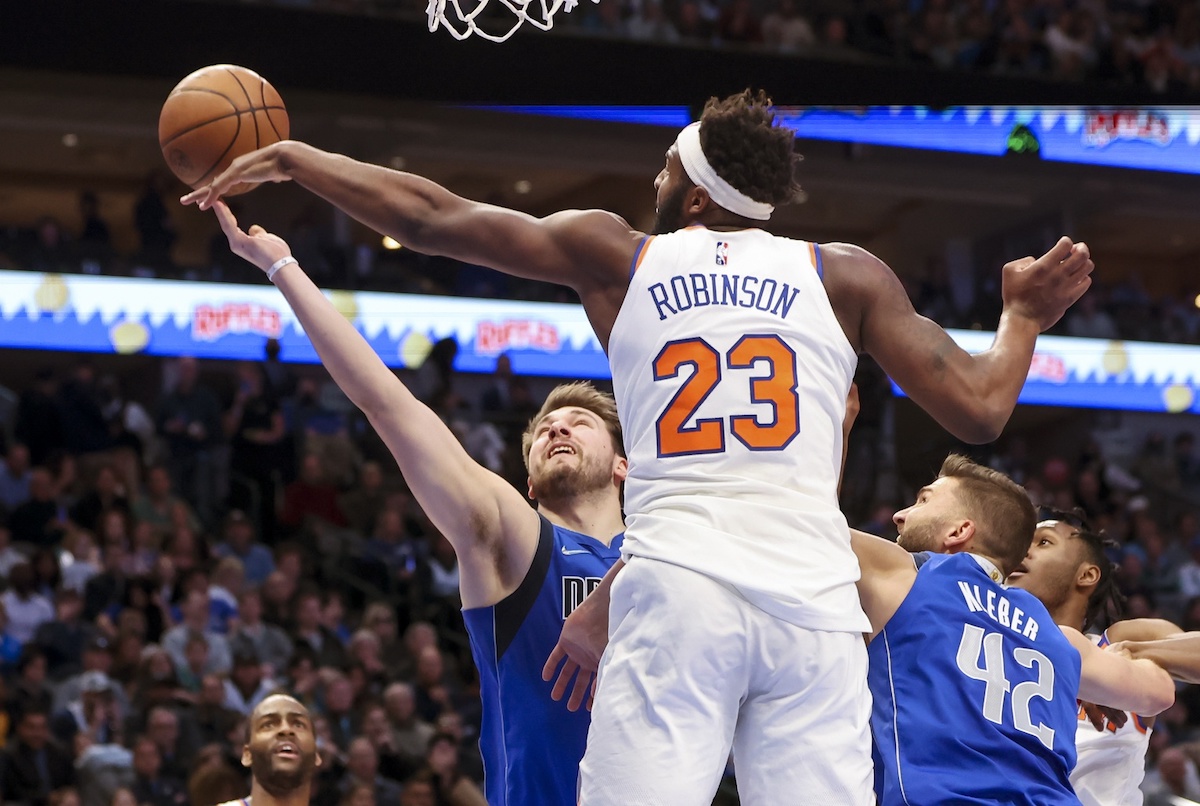 Steve Popper of Newsday noted that the Detroit Pistons, Oklahoma City Thunder and Dallas Mavericks could be among the teams seeking Robinson’s services.

“An unrestricted free agent at season’s end, he has hesitated to sign an extension before free agency starts and figures to have suitors among the Pistons, the Thunder and, if they can work the cap space, the Mavericks,” Popper wrote.

Drafted by the Knicks in the second round of the 2018 NBA Draft, the 23-year-old Robinson is in his fourth NBA season. This season, he’s started 53 of the 62 games he’s played in. He’s averaging 8.4 points and 8.7 rebounds per game.

One reason for the interest in Robinson likely relates to his skills on defense. During his time with the Knicks, he’s averaged 2.0 blocks per game.

Of the three teams mentioned in Popper’s report, the Mavericks are the only one currently with a winning record. That’s in contrast to the Pistons and Thunder, who are in the midst of rebuilding efforts.

It’s uncertain what sort of offers Robinson will end up getting when free agency arrives. However, if multiple teams get in the mix for his services, the competition could drive his price up.

Of course, the Knicks could end up re-signing Robinson, depending on what course of action they take when free agency gets underway.

For now, Robinson and the Knicks will focus on the present, with a home game against the Portland Trail Blazers set for Wednesday night.