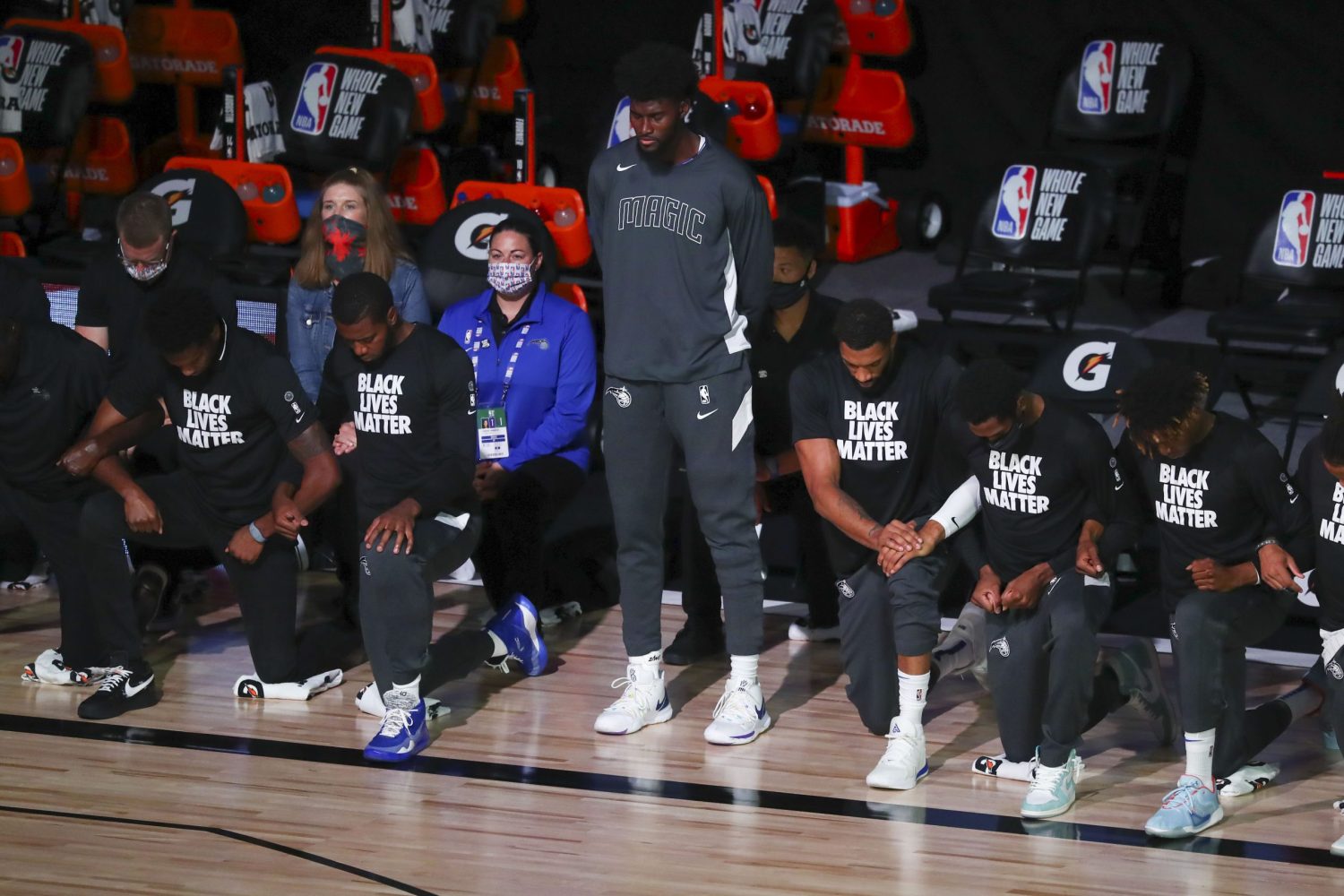 Orlando Magic player Jonathan Isaac recently explained why he took his bold stance in 2020 to stand for the national anthem in the midst of racial turmoil across the country.

Isaac spoke to SiriusXM podcaster Megyn Kelly and offered (at the 4:34 mark) a faith-based reason for his controversial stance, which was endorsed by his pastor during a conversation.

“So, we had a conversation. It was like, ‘Look, this thing is gonna be crazy. It’s not gonna be something that I just do, and it just blows over. I’m gonna get a lot of backlash and attack for it.’ And he was like, ‘Look, you may be standing alone in that bubble, but I’m standing right there with you.'”

The decision by other players not to stand for the anthem was equally upsetting to many people, especially conservative groups that attacked the decision.

Isaac is in the midst of promoting his new book Why I Stand. He most likely chose to appear on Kelly’s show because of her past conservative leanings while working for Fox News.

While playing for the Magic in 2020, Isaac suffered an ACL injury that he’s yet to return from.

After being away from the court for so long, there are undoubtedly concerns about Isaac’s ability to finally reach his potential. The Magic used the sixth overall pick in the 2017 NBA Draft to select him out of Florida State University.

Isaac has also been the subject of controversy because of his refusal to receive the COVID-19 vaccine. While Brooklyn Nets guard Kyrie Irving has been one of the most ardent opponents of getting the vaccine, Isaac has also expressed doubts about the value of receiving it.

That stance won’t keep him off the court when he does return, though it’s clear that his firmly held beliefs won’t be changing anytime soon.