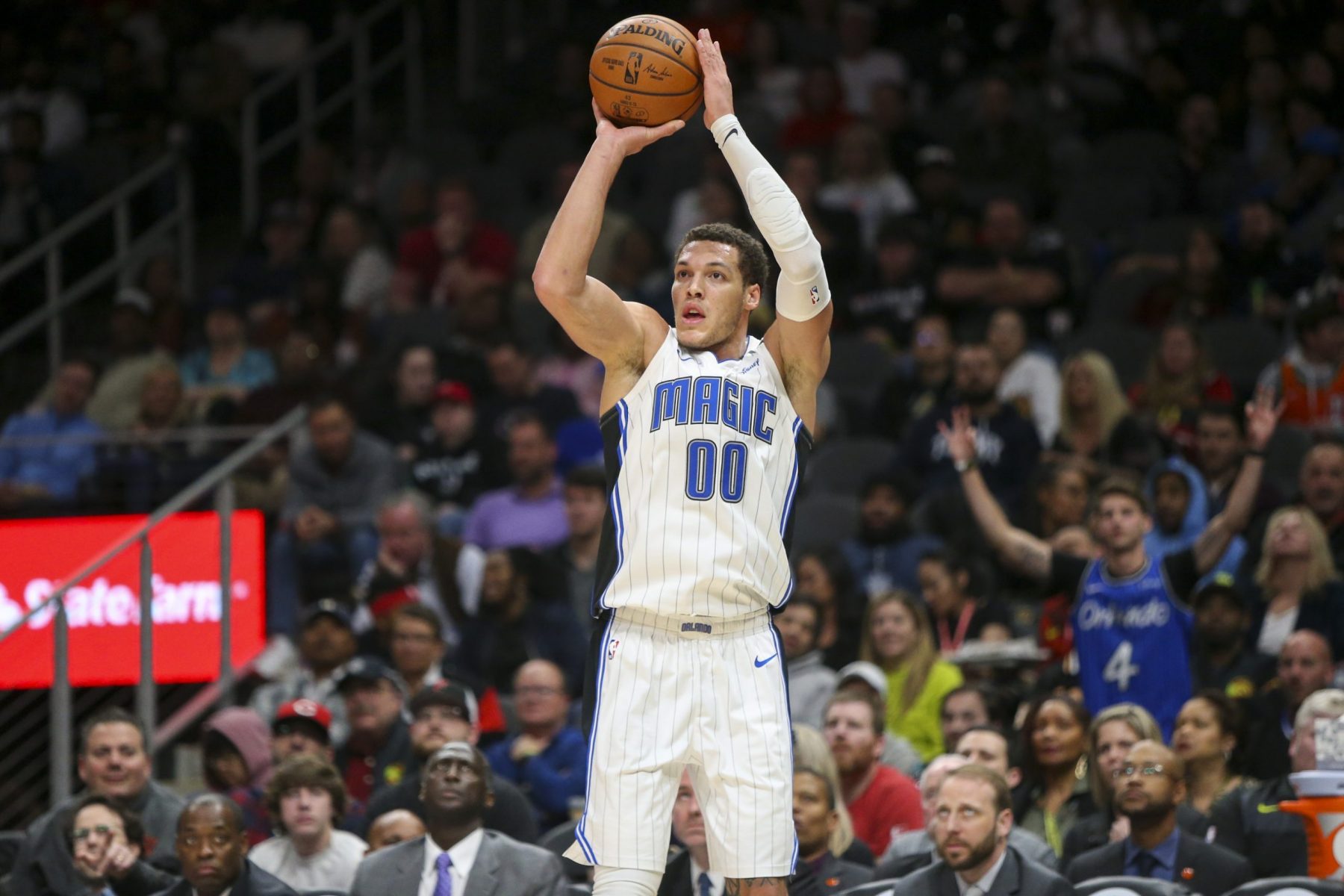 The NBA offseason will have its fair share of trades, with Orlando Magic forward Aaron Gordon likely to be one of the top candidates to be wearing a new uniform next season.

Having already been a trade candidate back in February, Gordon and his status have dipped with the Magic, who are now apparently focused on making Jonathan Isaac the centerpiece of the team. Another key reason why Gordon is likely to be moved is due to his team-friendly contract.

Those previous attempts by the Magic to trade Gordon never gained much traction, though the Phoenix Suns and Golden State Warriors may end up making renewed offers.

Gordon is in his sixth year in the NBA and saw his numbers decline for the 2019-20 season somewhat prior to the league shutdown on March 11.

Still, in 58 games this season, Gordon averaged 14.4 points, 7.6 rebounds and 3.7 assists per game, and one Eastern Conference executive pointed out that he’s still a young player.

“They were really trying to deal him before the deadline but they weren’t getting the assets back they wanted,” said the executive. “It will be easier to move that contract when it’s only got two years left. He’s probably the most likely big name to be traded. He’s a good gamble—he is only 24.”

Barring a collapse in the eight regular-season games each NBA team will play within the Orlando, Fla. bubble, the Magic will be a playoff team. However, as the eighth seed in the Eastern Conference, they may not be around too long.

How well Gordon plays in those contests may increase his value in any trade talks, though any struggles could make it more difficult for the Magic to get full value for him.

Gordon and the Magic begin their resumed season on Friday afternoon against the Brooklyn Nets.