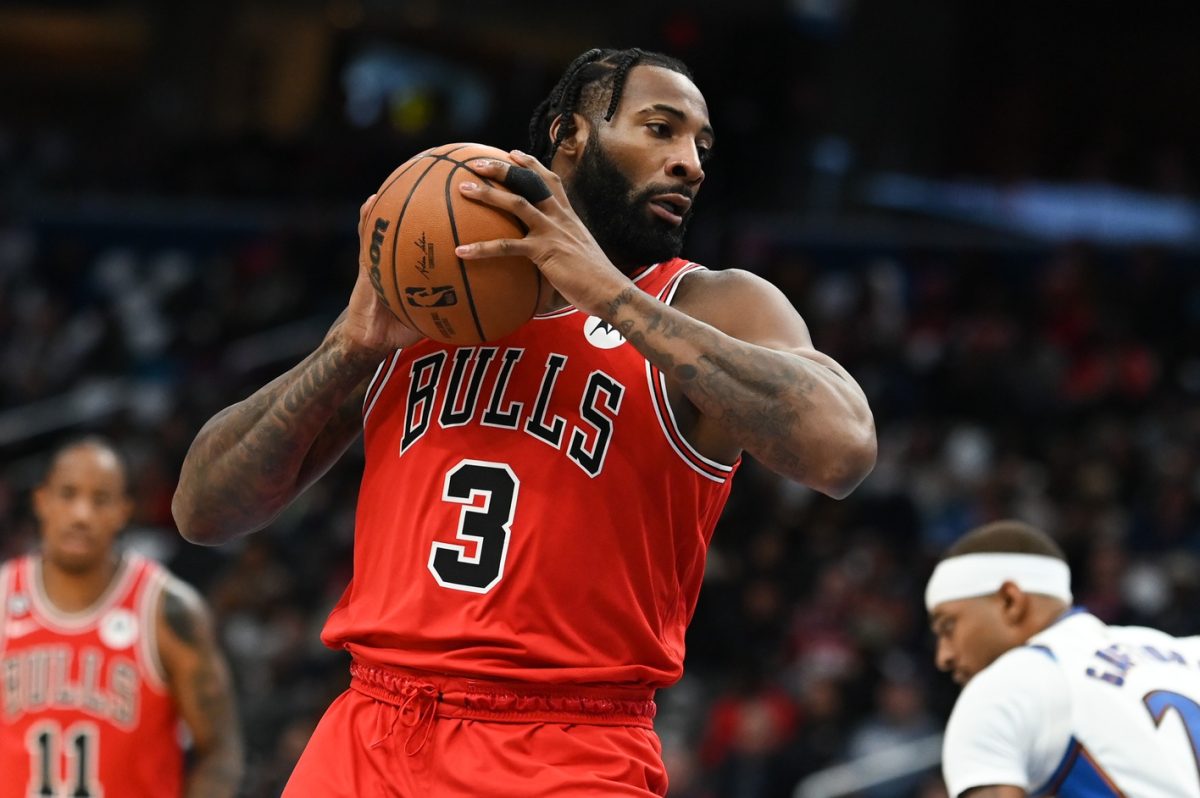 Before the 2022 NBA trade deadline, veteran center Andre Drummond was traded from the Philadelphia 76ers to the Brooklyn Nets.

The full trade was a blockbuster deal that was headlined by Ben Simmons heading to Brooklyn and James Harden landing with Philadelphia. Other players and draft picks were also involved.

Drummond’s involvement in the deal didn’t exactly make headlines, but he was a significant piece for the Sixers before they traded him away. He recently reflected on the deal and admitted to feeling blindsided by it.

“Yeah, I definitely was blindsided by it,” he said. “I didn’t think I would be involved in it, but things happen and here we are.”

The big man, who said that he misses playing in Philadelphia, revealed that he still keeps in touch with his former Sixers teammates.

“I still talk to all the guys all the time,” he said. “It’s always family here.”

Drummond’s time with the Sixers was short, as he only appeared in 49 regular season games for the organization. But it’s clear that his stint with Philadelphia left a lasting impression on him.

The journeyman averaged 6.1 points and 8.8 rebounds per game with the Sixers while getting 18.4 minutes of action per contest. He was a valuable backup to Joel Embiid.

Today, Drummond is with the Chicago Bulls, who have struggled to find their footing in the 2022-23 season. The former All-Star is averaging 6.2 points and 7.0 rebounds per game with Chicago.

Many fans likely remember how productive Drummond was during the earlier years of his NBA career. At one point, he won four rebounding titles in a five-season span. He averaged 15.9 points and 15.0 rebounds per game during those five seasons.

With the way the Bulls’ season has gone, there has been a lot of buzz about the route the team will take before the trade deadline. Drummond just signed with the team this past summer, but one has to imagine that Chicago will evaluate all of its options behind the scenes when it comes to trade possibilities.

The Bulls are 18-21 and don’t seem like major threats in a very competitive Eastern Conference.

It’ll be interesting to see if Drummond’s name pops up in any trade rumors. He’s under contract for the remainder of this season and has a player option for the 2023-24 campaign.