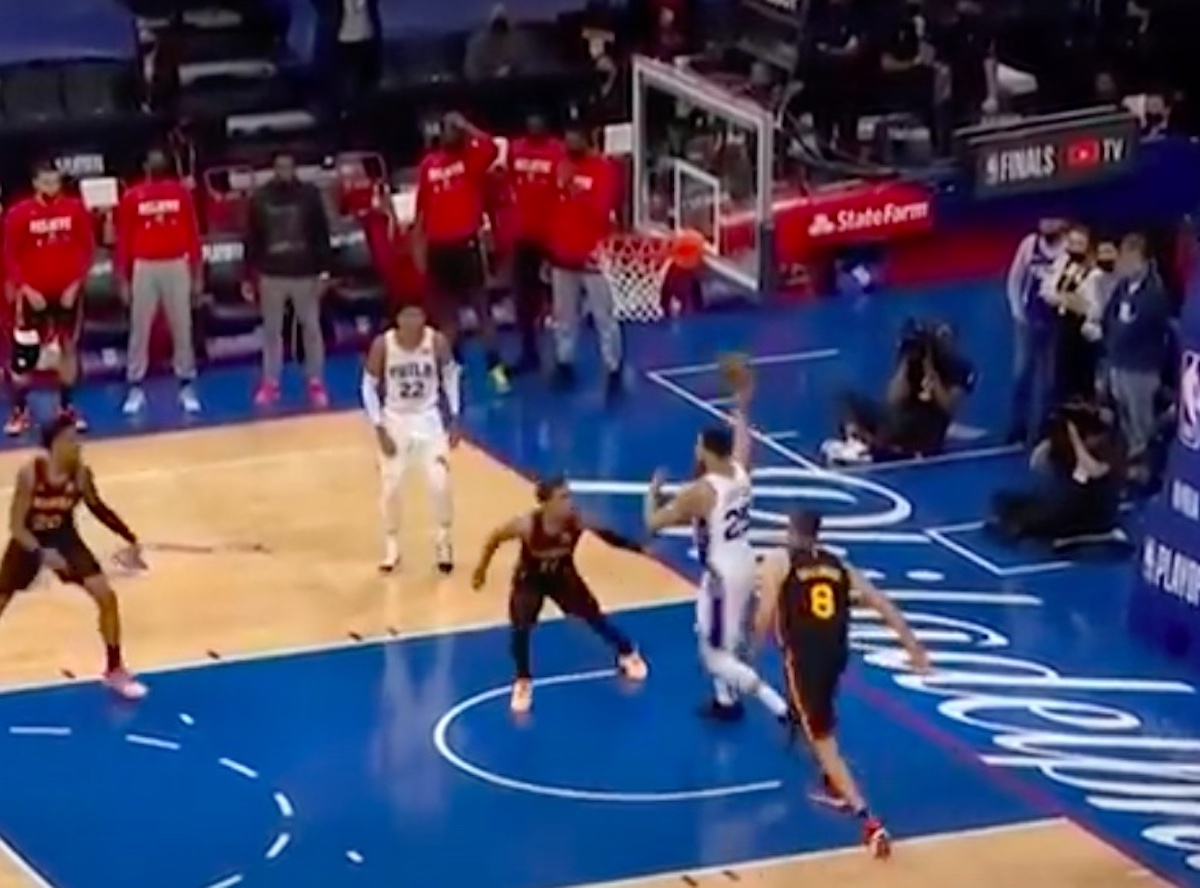 Brooklyn Nets guard Ben Simmons says he has moved on from passing up a chance to throw down a dunk during the fourth quarter of a Game 7 contest in the 2021 playoffs.

Simmons spoke with J.J. Redick on the “Old Man and the Three” podcast about the play, and despite his acceptance of his decision, he indicated that he knows he passed up a golden opportunity.

Ben Simmons and @jj_redick revisit the passed-up dunk in Game 7 of the 2021 NBA Playoffs.

The play in question came during the fourth quarter of Game 7 of the 2021 Eastern Conference semifinals between Simmons’ former team, the Philadelphia 76ers, and the Atlanta Hawks.

With the Hawks leading 88-86, Simmons was in a prime position to deliver a clutch dunk. Instead, he passed the ball to then-teammate Matisse Thybulle, who was fouled by the Hawks’ John Collins.

Thybulle then split the two free throws, with the Hawks maintaining their lead for the remainder of the game. Atlanta ended up winning the game 103-96 and advanced to face the Milwaukee Bucks in the conference finals.

The play in question was pivotal because the game marked the last time that Simmons played for the 76ers. Simmons endured a rough series and was the recipient of plenty of criticism for his performance.

From that point, his relationship with the 76ers deteriorated. The uncomfortable situation eventually led to his trade to the Nets as part of the blockbuster deal that brought James Harden to the Sixers.

Hawks star Trae Young was interviewed by Redick back in May and reflected on what took place during that particular play.

“I think he kind of knew that I was going to come over and foul him, and that’s why he passed it up,” Young said.

The state of Simmons’ mental health was an issue during last season’s contentious situation with the 76ers.

Once Simmons was dealt to the Nets, his efforts to get back on the court were sidetracked by injury. He ended up not playing for them last season, with the team being swept by the Boston Celtics in the postseason.

If Simmons’ mental health is still a concern, the fact that he’s apparently not dwelling on his 2021 decision should be seen as a positive sign. The Nets are certainly hoping that he’s ready to resume his career.