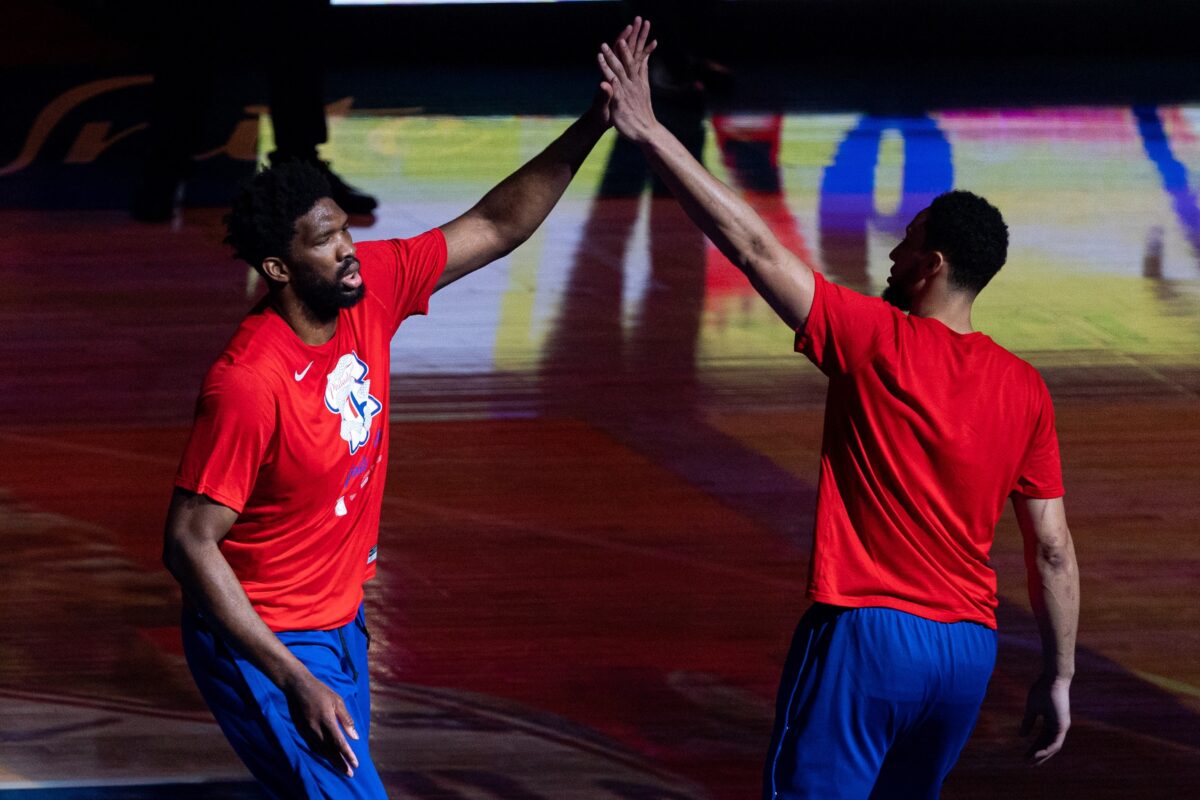 Sources “Trust me bro”!! Stop using my name to push people’s agendas. I love and hate drama. I love playing with Ben. Stats don’t lie. He’s an amazing player and we all didn’t get the job done. It’s on me personally. I hope everyone is back cuz we know we’re good enough to win https://t.co/1kq9VI9byE

From my own experience, y’all have no idea how much this media makes up stuff for followers and shame on you for believing them.

In one of his tweets, Embiid said that he hopes “everyone is back” next season. That seems exceedingly unlikely at this point, as Simmons is reportedly not planning to report to training camp. The 25-year-old wants out, according to reports.

In theory, the Sixers could refuse to meet Simmons’ trade demands, but that would make for a very awkward situation within the organization.

Simmons remains a solid NBA player despite some of his imperfections. In the 2020-21 season, he averaged 14.3 points, 7.2 rebounds and 6.9 assists per game in addition to playing some stellar defense.

Embiid, meanwhile, had a monster campaign last season. He averaged 28.5 points, 10.6 rebounds and 2.8 assists per game. He was in the MVP conversation despite being sidelined for a good chunk of the year.

The Sixers are going to have to figure out a way to get past the Simmons era. A trade seems inevitable.