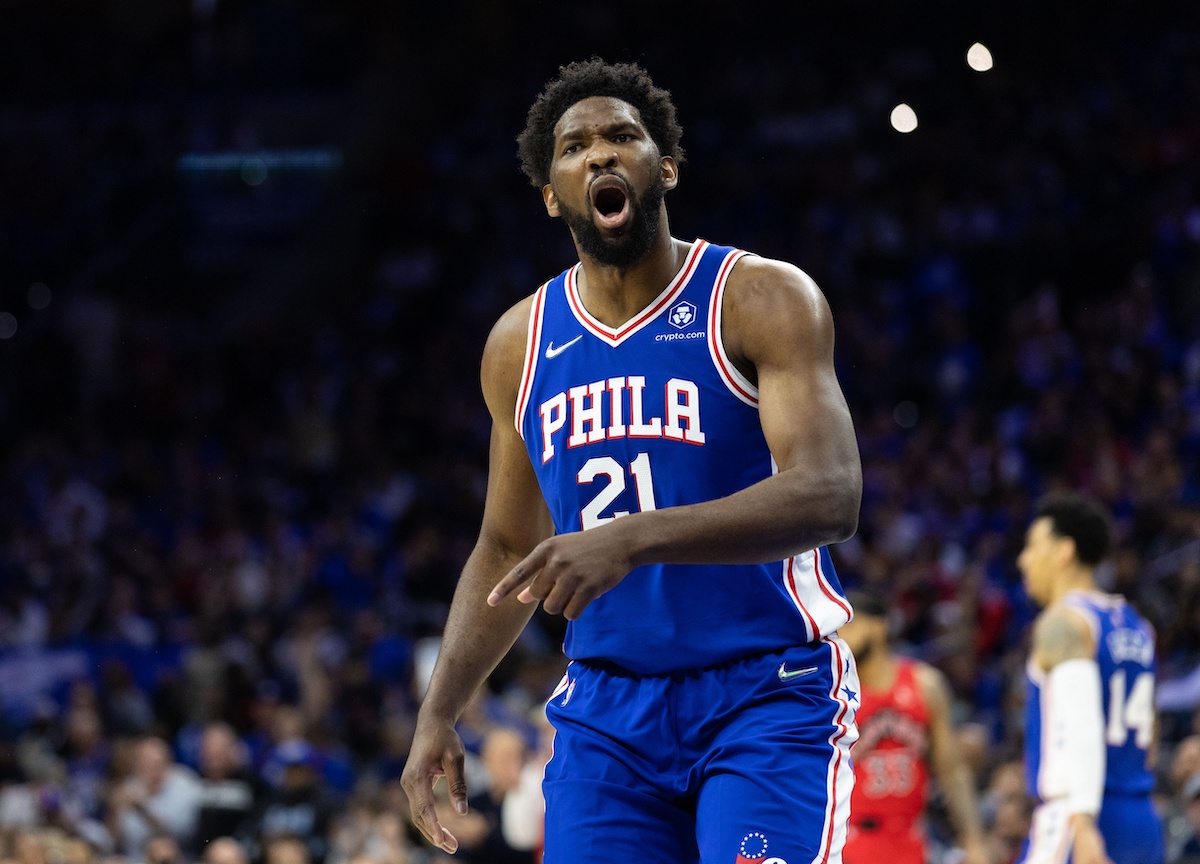 Philadelphia 76ers center Joel Embiid is now indicating that the back trouble he’s been dealing with first began after he was on the receiving end of a flagrant foul from LeBron James.

Joel Embiid says his back woes this season started with the fall against the Lakers (and LeBron’s foul). Called the ailment “not alarming.”#HereTheyCome | @FortyEightMins pic.twitter.com/OGcMLbRaAZ

The foul by James took place during the Los Angeles Lakers’ road game against the 76ers on Jan. 27. Embiid was in obvious pain after he hit the floor hard.

Joel Embiid was visibly in pain and went down hard on his back after being fouled.

LeBron was called for a flagrant 1 and Embiid stayed in the game. pic.twitter.com/LSOVsgVy5f

James was assessed a flagrant-1 foul on the play, with Embiid stating that a flagrant-2 call would have been more appropriate. In the aftermath of the foul, Embiid also took time to ridicule the idea that playing defense against James’ teammate Anthony Davis was difficult.

Since that play, the 76ers have played 10 contests, with Embiid playing in eight of those matchups. In the eight games that he’s taken the court, Embiid has actually been very prolific when it comes to on-court statistics.

In all but one of those games, Embiid has scored at least 30 points per game.

The 76ers have won six of the 10 games since James’ push of Embiid and currently have the best record in the Eastern Conference with a 19-10 mark.

While Embiid is apparently continuing to struggle with back issues, those numbers show that it’s scary to think of what he might be able to do when he returns to full health.