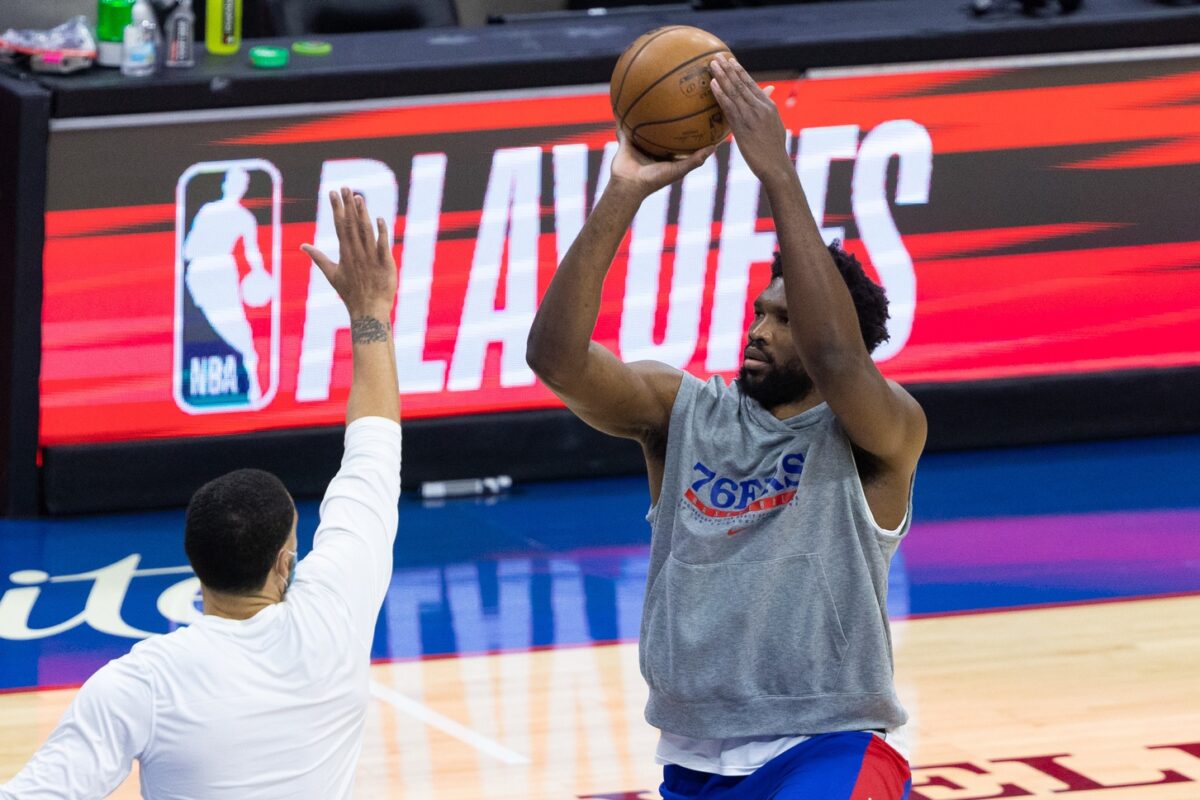 Philadelphia 76ers superstar Joel Embiid will play in Game 1 of the team’s second-round battle against the Atlanta Hawks.

Embiid, 27, suffered a small lateral meniscus tear in his right knee during their first-round matchup against the Washington Wizards.

The big man was unable to play in Game 5 of the first round. Still, the 76ers were able to close out the Wizards to advance to the second round.

The 76ers have concrete championship expectations. Embiid put up a career-high 28.5 points on top of 10.6 boards and 2.8 assists per game during the regular season. They finished with the No. 1 seed in the Eastern Conference.

The Sixers will have a tough battle against the young and hungry Hawks in the second round.

Hawks star Trae Young is averaging 29.2 points, 9.8 assists and 2.8 rebounds per game this postseason. The Hawks took down the New York Knicks in five games in the first round.