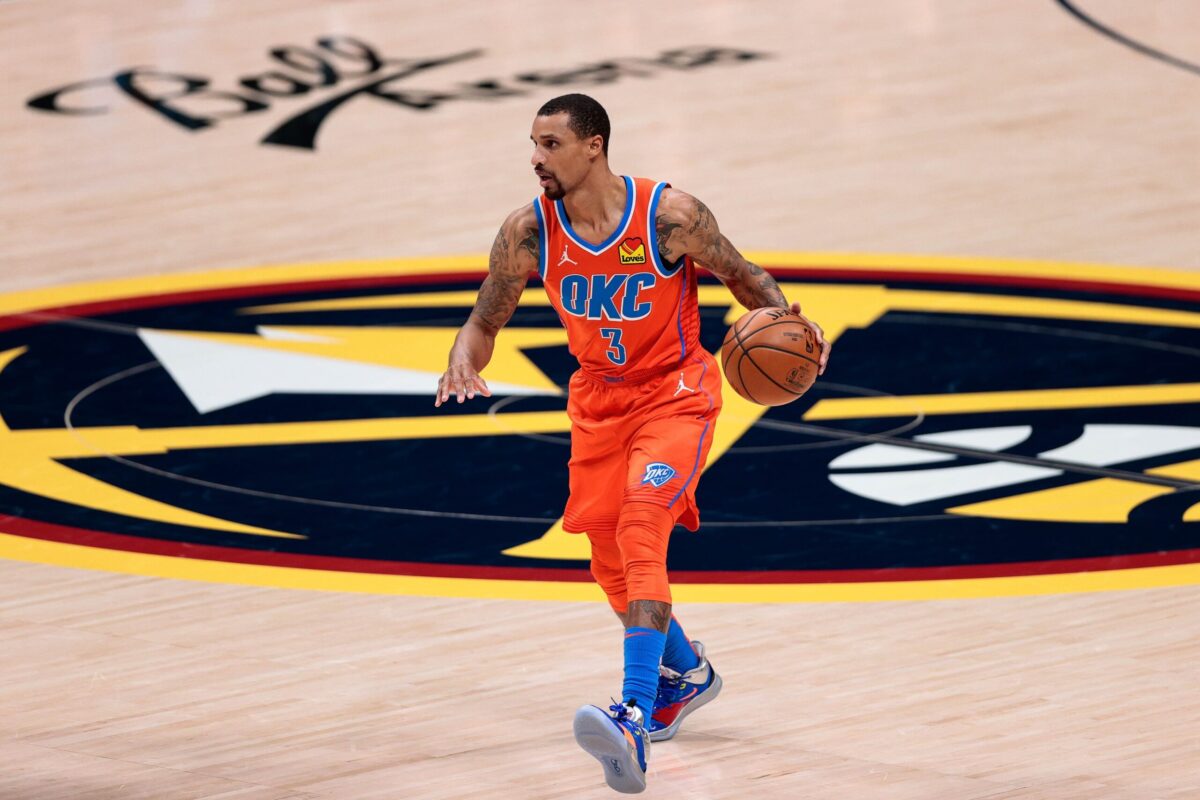 On the final day for trades in the NBA, the Philadelphia 76ers are reportedly acquiring veteran guard George Hill from the Oklahoma City Thunder.

The details of the deal are somewhat complicated, with the New York Knicks also involved in the deal.

Knicks also send Iggy Brazdeikis to Philadelphia in the three-way deal, per sources.

Sixers send second round picks in 2025 and 2026 to the Thunder, sources tell ESPN.

Hill, who will turn 35 years old on May 4, has moved around from a number of different teams in recent years.

Starting in all 14 games that he’s played in for the Thunder this season, Hill is averaging 11.8 points, 3.1 assists and 2.1 rebounds per game. Those numbers largely mirror what he’s done over the course of his time in the NBA.

The Thunder are near the bottom of the highly competitive Western Conference with a current record of 19-25 on the year.

In contrast, the 76ers are looking to bolster their depth as they continue with the best record in the Eastern Conference at 31-13.