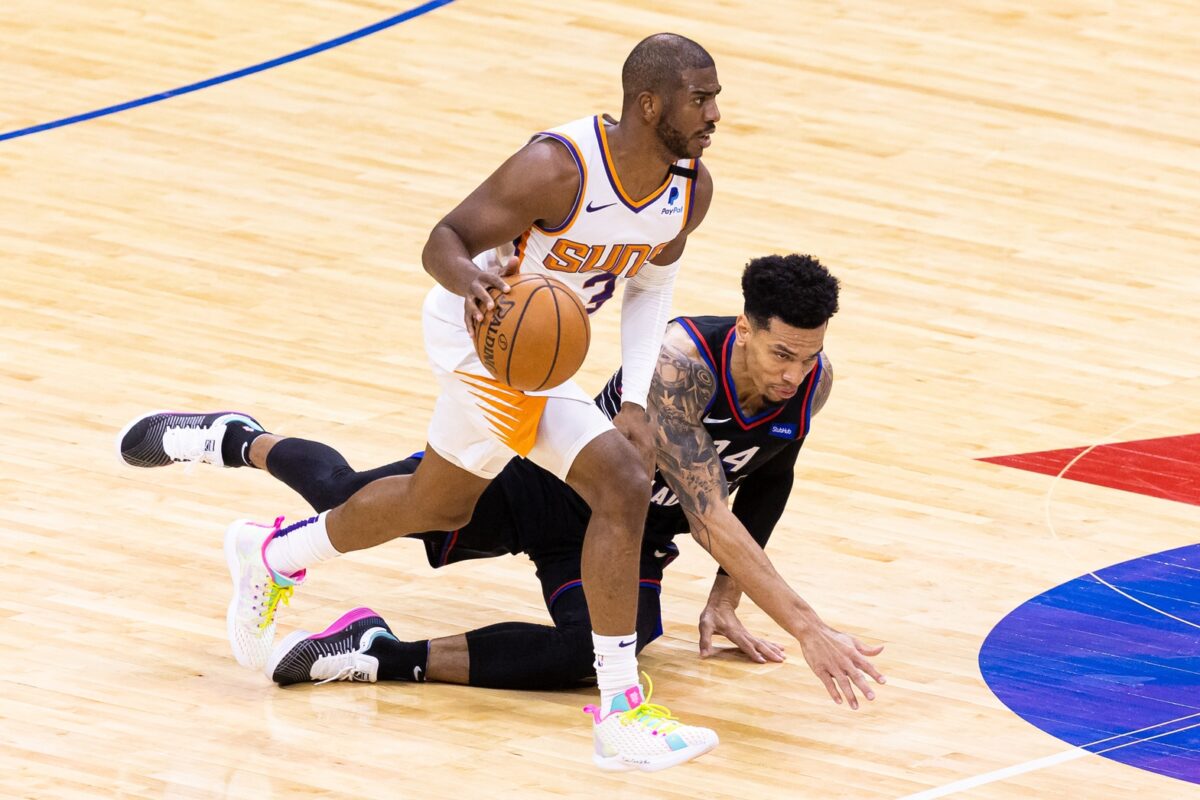 NBA legend Jerry West offered high praise for the versatility of Phoenix Suns veteran Chris Paul, which included a nod to just how difficult it is to play against him.

Sam Amick of The Athletic looked at Paul’s strong comeback, with West indicating that the veteran guard is often overlooked when it comes to NBA stars.

“Chris is a different breed,” said West. “Only people who appreciate basketball appreciate him. He’s got every element you want as a player. He just competes and plays every night. And he’s not a one-way player, either, by the way. He’s a bitch (to play against). I love him as a player. I always have. He’s smart. He’s clever. He can make shots. He can defend like crazy. Again, he does everything that you would want in a leader.”

Paul, who turns 36 next month, was seemingly in a career decline when the Houston Rockets dealt him to the Oklahoma City Thunder in 2019 as part of a huge deal that brought Russell Westbrook to the Rockets.

Yet, Paul had another solid season with the Thunder and helped them take the Rockets to a full seven games in the first round of last year’s postseason.

Last November, Paul was then dealt to the Phoenix Suns and has helped make them championship contenders with a current record of 42-17.

One missing item on Paul’s impressive resume is an NBA title, with a number of strong runs by his teams in the past falling short. West knows all about the disappointment in coming up short, with multiple trips to the NBA Finals garnering just one championship in his legendary career.

In addition, West knows how the guard position has evolved from his time as a player to his current role as a consultant with the Los Angeles Clippers.