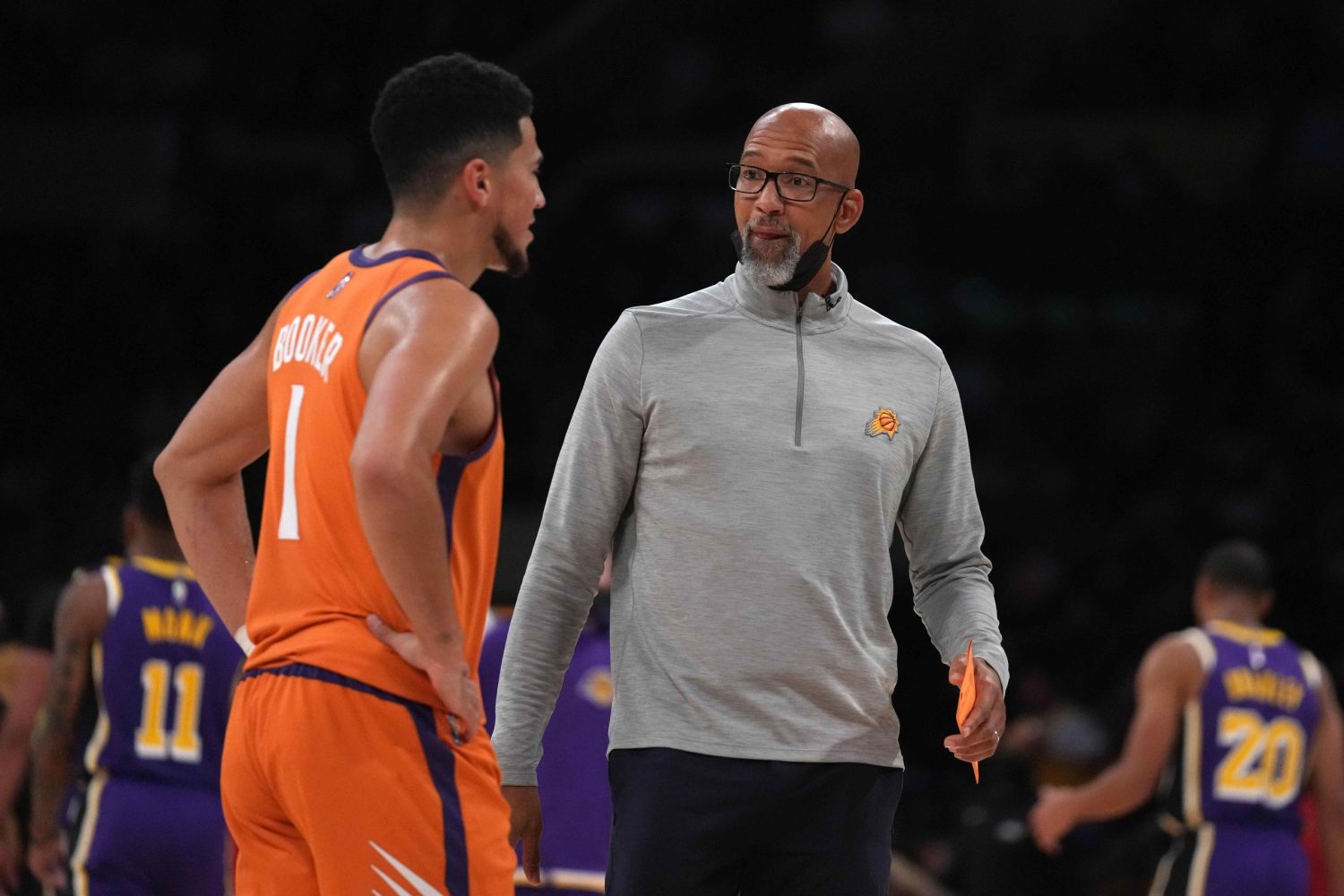 Phoenix Suns head coach Monty Williams believes that Suns guard Devin Booker is worthy of being considered among the elite players in the NBA.

Marc J. Spears of Andscape looked at Booker’s current underrated status across the league, with Williams explaining how his player can change that perception.

“He is at a place now where it doesn’t even bother him anymore,” Williams said. “He knows the more he wins and plays on a big stage, people will have to acknowledge that he is a top-5 player in the league.”

The 25-year-old Booker has been in the league since 2015 after being selected by the Suns with the 13th overall pick in that year’s draft.

After a relatively quiet rookie campaign, Booker began a string of six straight seasons averaging more than 20 points per game.

That consistency was largely obscured by the fact that the Suns were among the league’s weakest teams during Booker’s first five seasons.

However, during the 2020-21 campaign, the Suns took a dramatic turn upward, finishing the regular season with a solid 51-21 record and reaching the NBA Finals. That high level of success has continued this season, with the Suns holding the best record in the Western Conference at 64-18.

Booker’s past history of being overlooked and losing in last year’s NBA Finals will likely serve as motivating factors as the Suns continue their playoff push. Right now, his only concern is staying healthy as he recovers from a hamstring injury.

If the Suns are able to get over the hump and capture their first NBA title in franchise history, it’s likely that Booker’s stature within the game and beyond will take a significant leap.