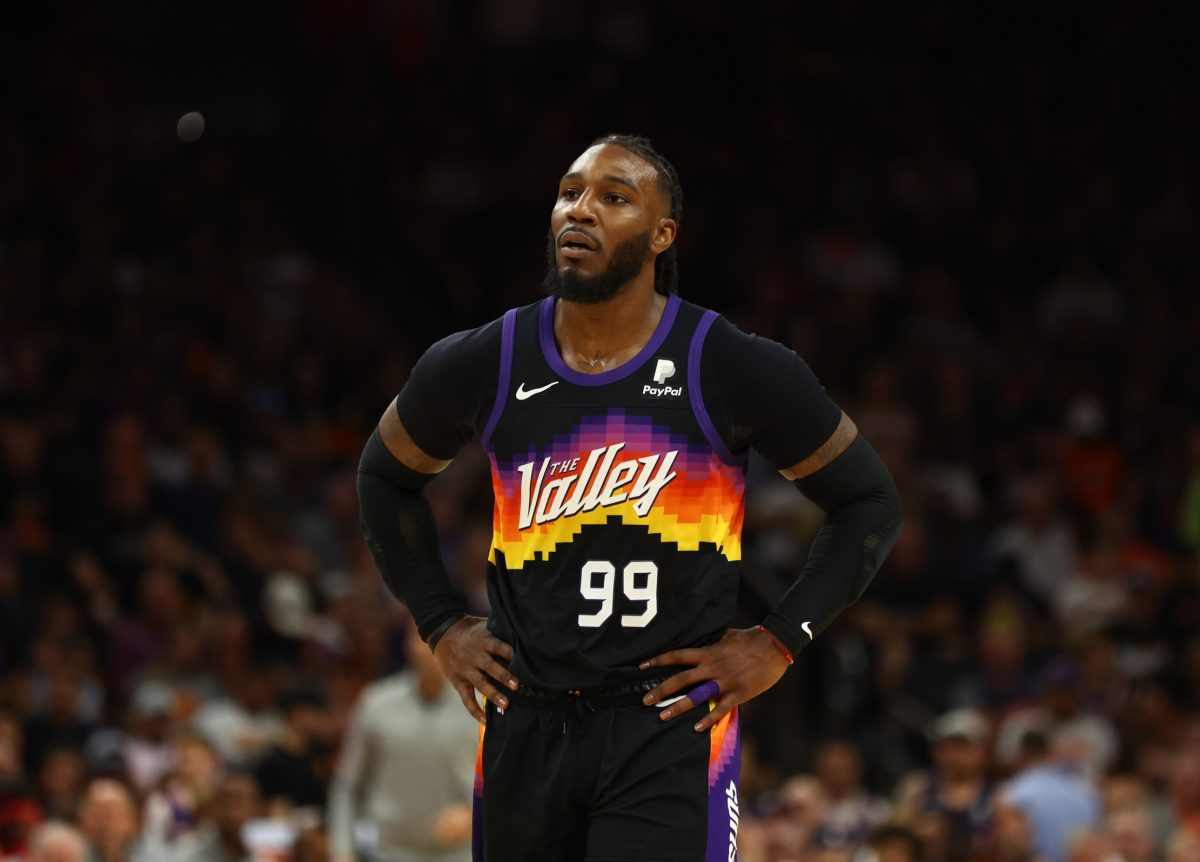 The Phoenix Suns were dealt a tough blow recently when starting forward Cameron Johnson went down with a torn meniscus.

In an ideal scenario, veteran forward Jae Crowder would come in and replace Johnson in the starting lineup. However, the very fact that Johnson was injected into the starting lineup is a major reason why Crowder is currently not with the team despite being on its roster.

Prior to the start of the 2022-23 NBA regular season, Crowder reportedly requested a trade after being told he had a chance of losing his starting position.

Johnson’s injury apparently has done nothing to change Crowder’s situation.

“Despite Johnson’s injury, there is no change to the situation with Crowder, and there are no current plans for him to return to the team, sources said,” ESPN’s Brian Windhorst wrote.

The news may increase the urgency for the Suns to find a trade partner for Crowder. The bad news for them is that while they might have been able to swap Crowder for another dynamic scoring option, they will likely have to consider simply trading for another veteran forward now.

Earlier this season, a report indicated that the Suns were interested in swapping Crowder for Utah Jazz guard Jordan Clarkson.

For his career, Crowder has averaged 9.6 points, 4.3 rebounds and 1.6 assists per game. He is likely interested in being sent to a contending team where he’ll get a chance to start and earn another multiyear contract.

As for Johnson, he was off to the best start to a season of his career prior to the injury. He’s putting up 13.0 points, 3.4 rebounds and 1.8 assists per game while shooting an impressive 43.1 percent from deep. He’ll look to build upon those numbers when he gets back on the floor.

On the season, the Suns have gotten off to another strong start. They’re currently 7-3 and sitting at the No. 2 seed in the Western Conference. It will be interesting to see how the team fares without Johnson in the coming weeks.