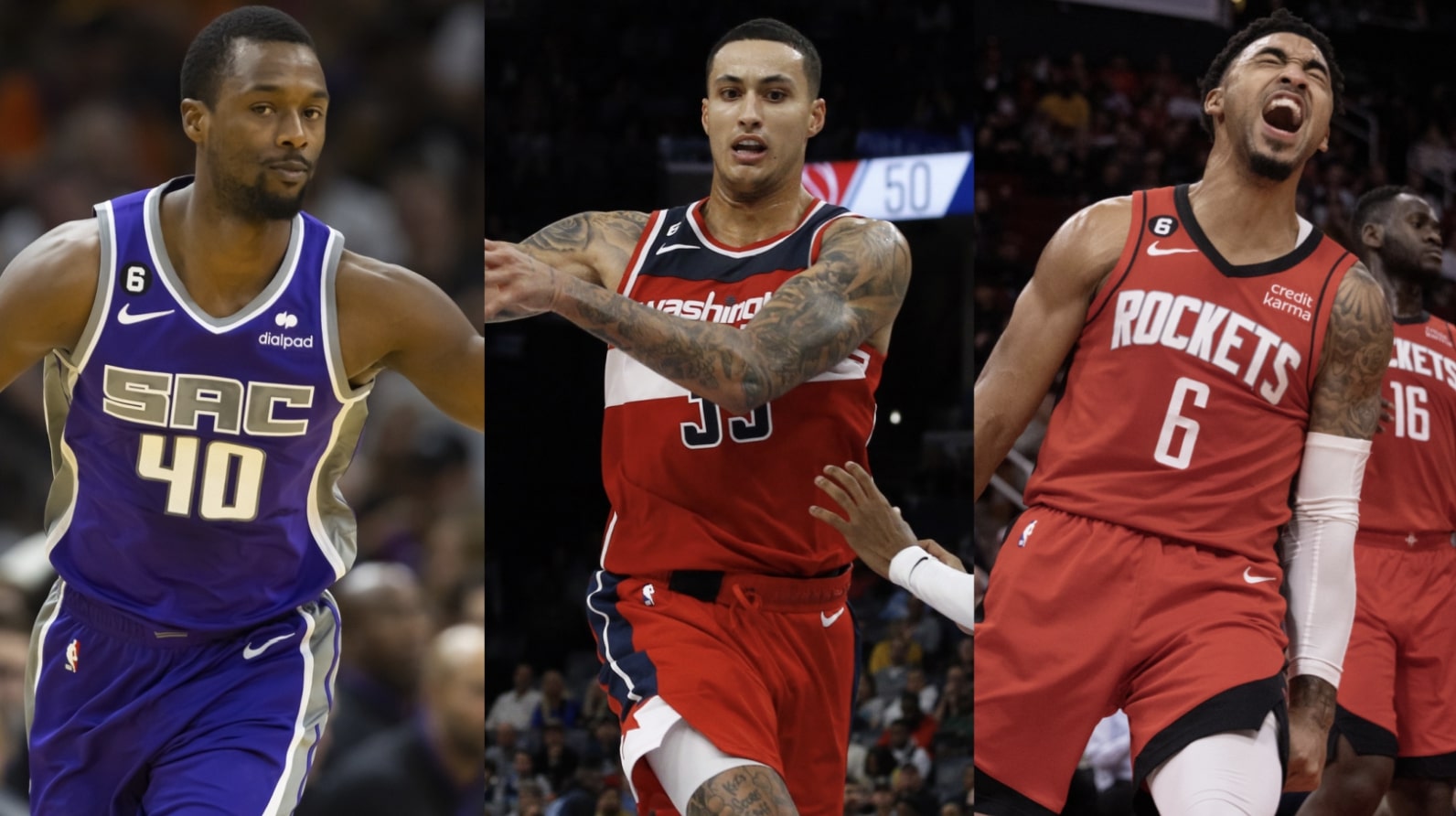 The Phoenix Suns are interested in a trio of forwards in the trade market, according to The Athletic’s Shams Charania. Phoenix has expressed interest in Washington Wizards forward Kyle Kuzma, Sacramento Kings forward Harrison Barnes and Houston Rockets forward Kenyon Martin Jr.

“The Suns have a handful of first-rounders to move, but given the team’s impending ownership change, it’s also uncertain how many future assets the current regime can move,” Charania wrote. “In addition, the Suns expressed interest in forwards such as Sacramento’s Harrison Barnes, Washington’s Kyle Kuzma and Houston’s KJ Martin, league sources have said.”

The Suns could attempt to move on from forward Jae Crowder, who has been away from the team while the two sides attempt to work out a trade, in order to acquire one of these players.

Phoenix has some depth issues at the position with Cameron Johnson sidelined due to a meniscus injury. Johnson, who is in the final year of his rookie deal, was unable to come to an agreement with the team on a long-term deal prior to the start of the 2022-23 season.

“The Suns engaged in rookie extension negotiations with Cam Johnson prior to the regular season, with a final offer of four years in the range of $66 million, sources say,” Charania wrote. “Phoenix refused to move higher toward the figure Johnson had desired. He is currently sidelined after undergoing surgery to remove part of his right meniscus.”

All three forwards would bring an improvement to Phoenix’s forward depth, especially Kuzma, who is averaging 18.3 points, 8.1 rebounds and 3.1 assists per game this season. The only downside to trading for Kuzma is that he can opt out of his contract after the 2022-23 season.

Barnes, a proven veteran, may not be as available for the Suns since the Kings are off to a strong start this season. He is averaging 11.6 points, 5.5 rebounds and 2.1 assists per game while shooting 43.9 percent from the field for Sacramento.

If the Kings fall out of playoff contention, it’s possible that they’d be willing to deal with the Suns. Barnes is in the final year of his contract and will be an unrestricted free agent following the 2022-23 season.

Martin is in his third season with the Rockets, and he’s playing a career-high 25.1 minutes per game. The former-second round pick is averaging 10.9 points and 4.7 rebounds per game this season.

It’s unclear how much the Suns would need to bring in one of these players, and with Washington and Sacramento both still in the playoff picture, it’s hard to see those teams ready to deal off starters at this point in the season.

Martin may be the most attainable asset, as the rebuilding Rockets have a plethora of young players that could see minutes if they traded him.

Right now, the Suns hold the No. 2 seed in the Western Conference with a 9-5 record. It appears that Phoenix is trying to maximize the championship window around guards Chris Paul and Devin Booker after losing in the NBA Finals in the 2020-21 season.