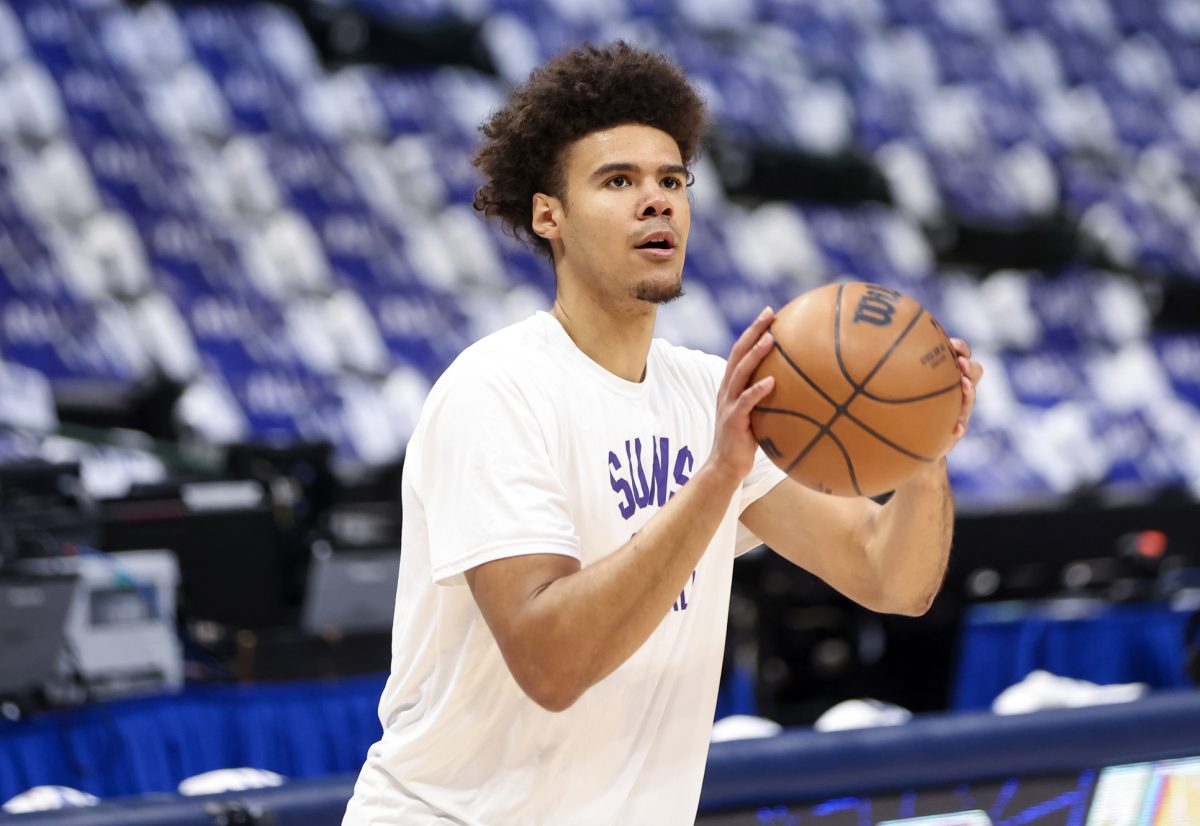 After Brooklyn Nets superstar Kevin Durant requested a trade from the team earlier this offseason, rumors about where he could land dominated the NBA news cycle for weeks.

Eventually, Durant agreed to stay with the Nets, and as a result, the drama died down.

The Phoenix Suns were one team that seemed to be deeply involved in the Durant sweepstakes. The asking price for the 34-year-old was always believed to be extremely high, and any deal for Durant likely would have featured a wild return.

However, one player the Suns apparently didn’t want to include in a deal for the superstar was Cam Johnson.

“Instead, Phoenix has aimed to supplant [Jae] Crowder in its starting group with Cam Johnson,” wrote Jake Fischer of Yahoo! Sports. “During the team’s trade pursuit of Kevin Durant this summer, sources said, Suns officials remained steadfast that Johnson was off limits — although one source said Phoenix did ultimately include him in an offer. Johnson is extension-eligible himself, and early indications suggested the Suns had hoped to re-sign the 26-year-old sharpshooter in the ballpark of four years and $72 million. Every dollar more will add to Phoenix’s already pricey luxury tax bill, which is surely coloring the Suns’ ongoing trade talks regarding Crowder.”

The Suns clearly didn’t want to lose the former first-round pick over the offseason, and it’s easy to understand why.

Johnson took a big step forward last season in more ways than one. He averaged career-highs in points (12.5), rebounds (4.1) and assists (1.5) per game.

Johnson has only played in three seasons at the NBA level and still has plenty of time to grow as a player. He was the 11th overall pick of the 2019 NBA Draft, and this coming season, he will find himself in a consistent starting role for the first time in his career.

It certainly seems like the 2022-23 season could be a breakout campaign for Johnson, and if that is indeed the case, the Suns’ decision not to trade him for Durant will look like a good one.

Phoenix is looking to right the ship this season after a disappointing end to the team’s 2021-22 campaign. The Suns went 64-18 in the 2021-22 regular season before losing in the second round of the playoffs.

Of course, in the 2020-21 season, the Suns made it all the way to the NBA Finals before losing in six games.