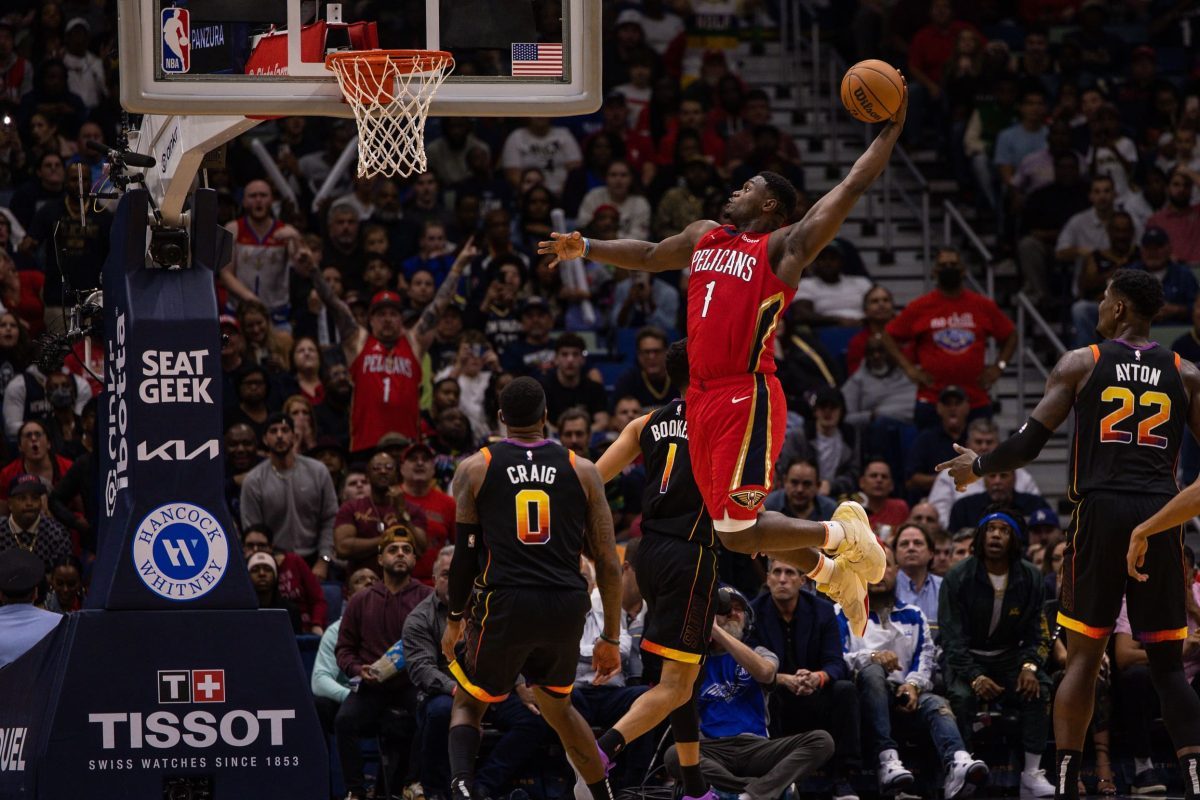 The Friday night contest between the Phoenix Suns and New Orleans Pelicans made headlines for the wrong reasons because of Zion Williamson’s decision to punctuate his team’s win with a last-second highlight dunk.

The move has invited plenty of criticism, particularly from people associated with the Suns. Of course, one of the most appropriate responses for Phoenix would be to play hard in the next matchup, which happens to be on Sunday. However, a Suns studio analyst suggested a different form of payback.

“I’m glad he did that… I want him on his back next game.”

It’s safe to say that Phoenix probably won’t resort to violence or do anything that might result in an injury. But, given the tension between the rivals, the physicality between them could intensify on Sunday.

One of the players that could have a chip on his shoulder in the rematch is Phoenix point guard Cameron Payne. He has appeared to be the most vocal among his teammates about his disdain for Williamson’s dunk.

“I like there was just no sportsmanship, and we don’t really like that. We do the right thing. I felt like they should’ve done the right thing, and they didn’t…The game was over..They can hold the ball.”

Interestingly enough, a Twitter user pointed out that Payne performed something similar during the Suns’ Western Conference semifinals series against the Dallas Mavericks last season.

With Phoenix up by a huge margin in Game 5, the 6-foot-1 veteran could have ended the game by holding the ball, but he instead passed to a teammate, resulting in some confrontations between players.

“No sportsmanship. We do the right thing” Meanwhile 7 months ago pic.twitter.com/v6HThziLmX

It seems, though, that not everyone in Phoenix felt offended by Williamson’s flashy play. Suns big man Deandre Ayton admitted that he had no issue with it. It remains to be seen if not sharing similar sentiments will have an impact on the dynamic between Ayton and his teammates.

As for Williamson, he has already apologized for the act, acknowledging that it was a little out of character for him. The Pelicans’ loss to Phoenix in the first round of the 2022 playoffs played a part in his decision to dunk the ball.

“I got carried away a little bit,” the former All-Star said. “I admit that. But I was in that locker room when my brothers were down because the Suns sent us home (from the playoffs) last year. That’s a tough moment to be a part of. So, in that moment got carried away. I admit that.”

It will be interesting to see if the Suns get the last laugh on Sunday by avenging the loss. The teams will also meet again on Saturday in Phoenix.