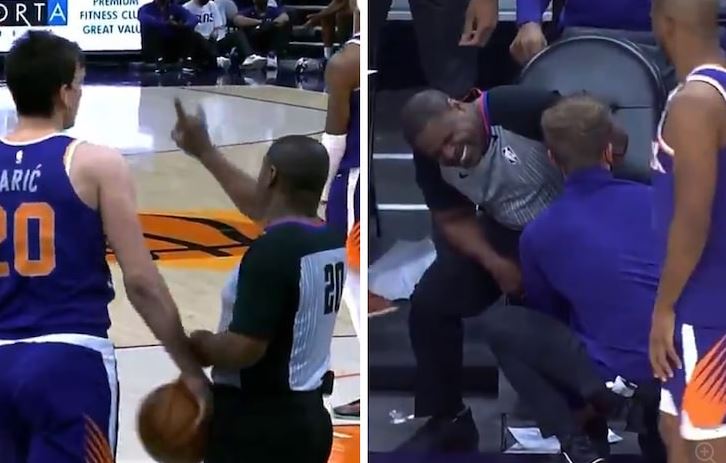 Usually, NBA referees are the ones imposing their will on players.

However, during Wednesday’s battle agains the Phoenix Suns and Chicago Bulls, NBA ref Leroy Richardson accidentally was hit by Suns forward Dario Saric in the groin area and bumped to the bench area by Bulls guard Denzel Valentine.

Fortunately, Richardson was able to finish the night out in Phoenix.

The Suns grabbed a 121-116 win over the Bulls on Wednesday evening. Suns All-Star Devin Booker erupted for 45 points in the victory.

Yet, Richardson appeared to be the real hero of the night after emerging from both hits. The 26-year veteran has officiated over 1,300 regular-season games.

Refereeing is one of the hardest jobs in sports. Usually, players are irate at refs for their calls and let them know about it.

Every once in a while, players show love to refs. As a matter of fact, Dallas Mavericks superstar Luka Doncic recently flattered a referee during an actual game.