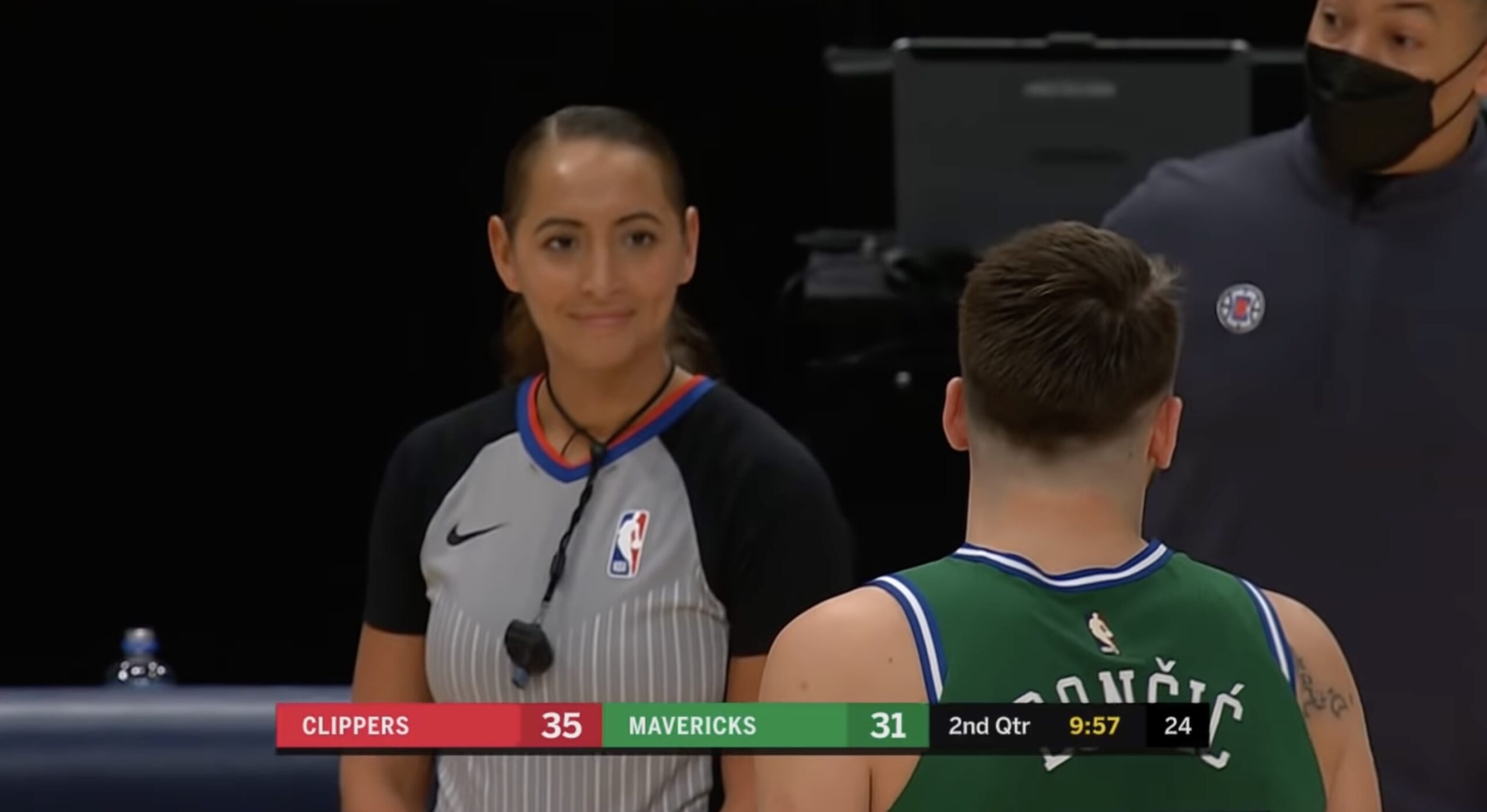 Dallas Mavericks youngster Luka Doncic is already one of the most important players in the NBA.

During the Mavs’ contest against the Los Angeles Clippers on Wednesday evening, the Slovenian superstar used his charm to get on the good side of referee Ashley Moyer-Gleich.

Doncic, 22, was in a groove all night long on Wednesday.

The guard popped off for 42 points, nine assists, six boards, three steals and two blocks to lead the Mavericks to a strong 105-89 victory over the Clippers.

While the star-studded Clippers knocked out the Mavericks in the first round of the 2020 playoffs, they struggled to contain Doncic in the six-game series. The generational talent conducted a flurry of amazing moves against the Clippers in the NBA bubble in Orlando, Fla.

The third-year pro has emerged as one of the most popular players in the league. As a matter of fact, a rare card of Doncic recently sold for millions of dollars.