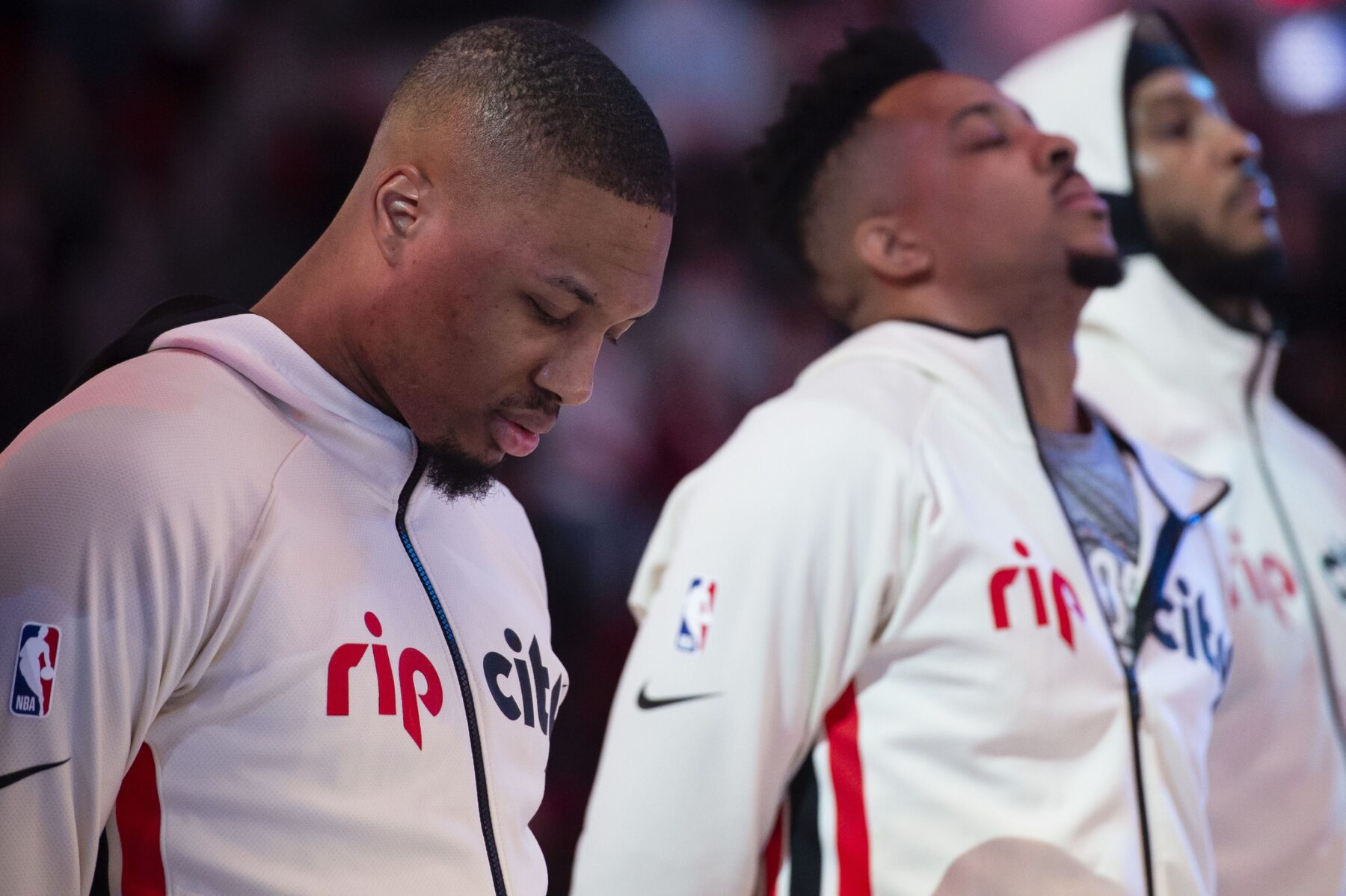 Though Carmelo Anthony has bounced around the NBA in recent years, both Damian Lillard and C.J. McCollum vigorously made it clear that they wanted him back with the Portland Trail Blazers this season.

Jason Quick of The Athletic indicated that Anthony’s decision to return to the Trail Blazers was based on efforts like those of Lillard and McCollum. Anthony had been uncertain whether the team actually wanted him back, but Lillard spent much of the offseason trying to reinforce that the veteran was wanted.

“‘I expressed that I wanted him to come back,’ Lillard told The Athletic. ‘And why I felt it was worth it,'” wrote Quick.

“‘I just told him how I feel personally about him as a player and a person,’ McCollum said.

“But as free agency started, both leveled with Anthony. The Blazers needed to get better on defense, hence the trade for [Robert] Covington, and with Rodney Hood returning and Derrick Jones Jr. signed, and Zach Collins coming back in January, it was becoming a crowded roster at forward.

“’I’m very honest and blunt,’ McCollum told The Athletic. ‘I told him how he can help, and that I’d like to see him back here, but it’s obviously a business and he has to do what’s best for him … you can ask him about the rest.'”

Anthony was once the third overall pick in the NBA draft, but entering his 18th season, the tight competition at his position had previously made him uncertain about returning.

In the end, the influence of Lillard, McCollum and other members of the Trail Blazers organization was enough to get him to sign a one-year deal.

Anthony and his teammates are hoping to go deeper in this postseason after falling in five games in the first round of the Western Conference playoffs.

Staying in one place for an extended period has been difficult for Anthony since the start of the 2016-17 NBA season. The Trail Blazers are his fourth different team over than relatively short span, but it’s clear that he’s now comfortable to be back for his second season with the team.