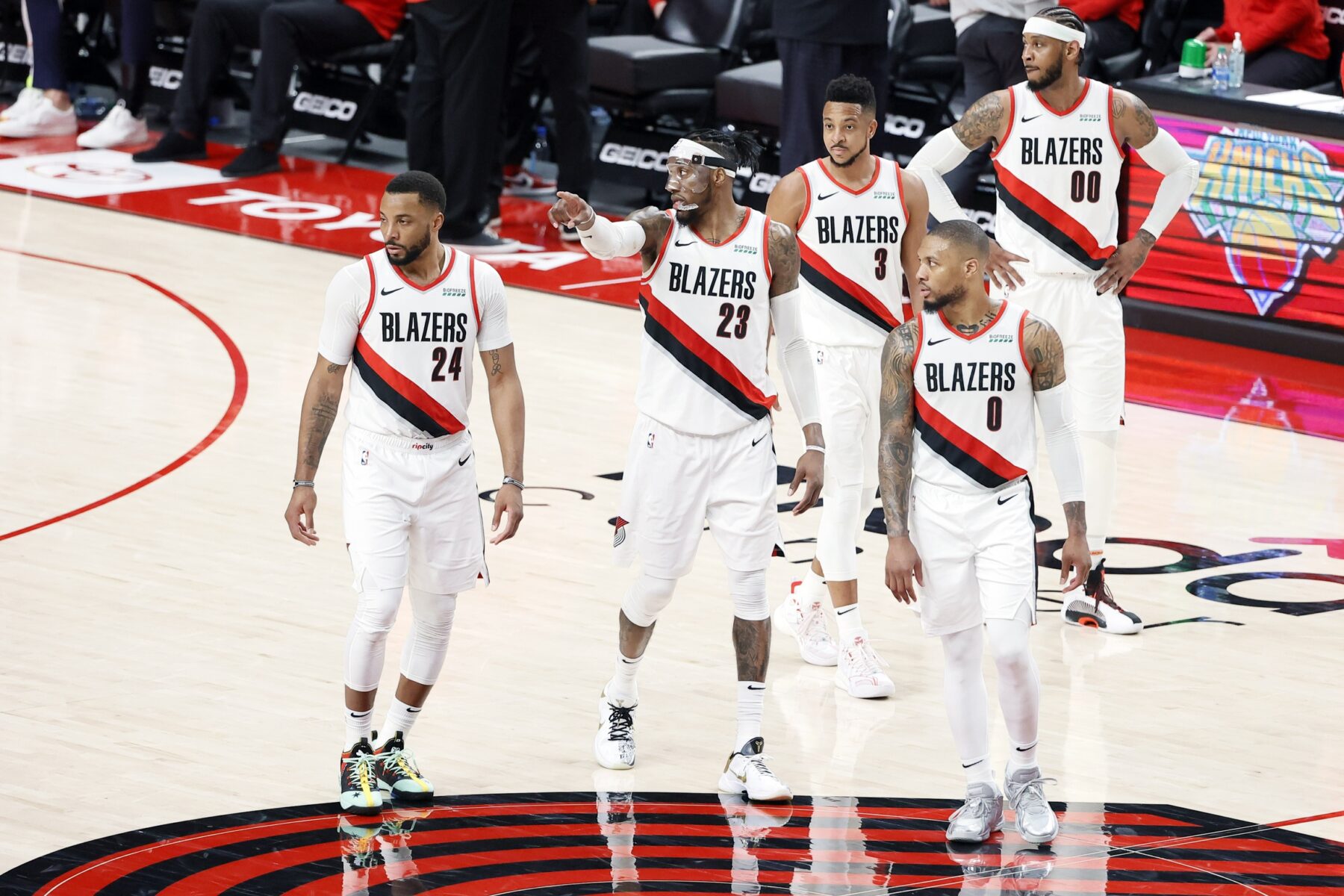 On Monday, Portland Trail Blazers general manager Neil Olshey shared that the team is absolutely bringing back the majority of its starting lineup for next season.

The Blazers got squashed by the Denver Nuggets in six games in the first round of the 2021 playoffs.

Although the Nuggets were without sharpshooter Jamal Murray, they were able to take down the star duo of Damian Lillard and C.J. McCollum. Nuggets superstar Nikola Jokic dominated the first round series by collecting 33.0 points, 10.5 boards and 4.5 assists per game.

The crushing first-round loss led to a split between the Blazers and head coach Terry Stotts, who has been the scapegoat.

Furthermore, trade rumors have swirled as numerous teams believe they can land Lillard should he demand a trade. McCollum could be a trade target, too, for opposing squads.

Both McCollum and Lillard have played for the Trail Blazers for their entire careers in the NBA.