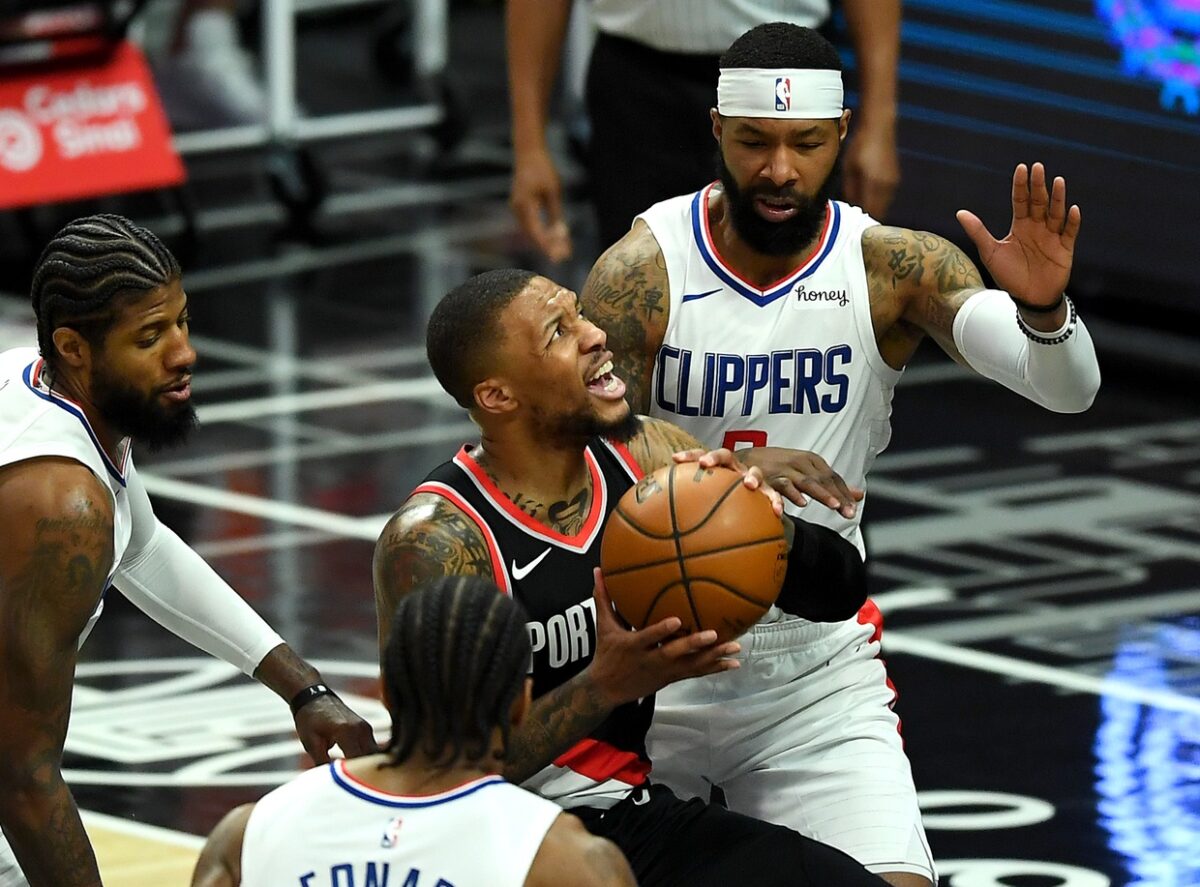 Defending Portland Trail Blazers guard Damian Lillard can be difficult, but one Los Angeles Clippers player gleefully taunted Lillard about his coach’s inability to deal with the Clippers’ defensive setup.

The Trail Blazers are currently searching for a new head coach following the departure of Terry Stotts, with Jason Quick and Shams Charania of The Athletic indicating that Stotts’ struggles to make adjustments led to mocking calls from the opposing player.

“According to two sources, Lillard was taunted throughout the game by a Clippers player, who mocked that the Blazers didn’t have a coach who could adjust to the Clippers’ trapping defense on Lillard,” Quick and Charania wrote. “The Blazers were stifled 133-116 in that game while Lillard was held to 11 points on 2-of-14 shooting.”

The game in question took place on April 6 and was just one snapshot of the Trail Blazers’ problems that resulted in another quick exit from the postseason.

One of the chief issues all season was the weak defense of the Trail Blazers. Yet, it also became clear that Stotts was having issues not only establishing a solid rotation, but also making the necessary adjustments required during a game.

In the wake of Stotts’ tenure ending with the Trail Blazers, rumors have surfaced that other teams may seek to trade for Lillard. At present, no concrete offers have surfaced, and there’s no indication that Lillard is seeking to leave.