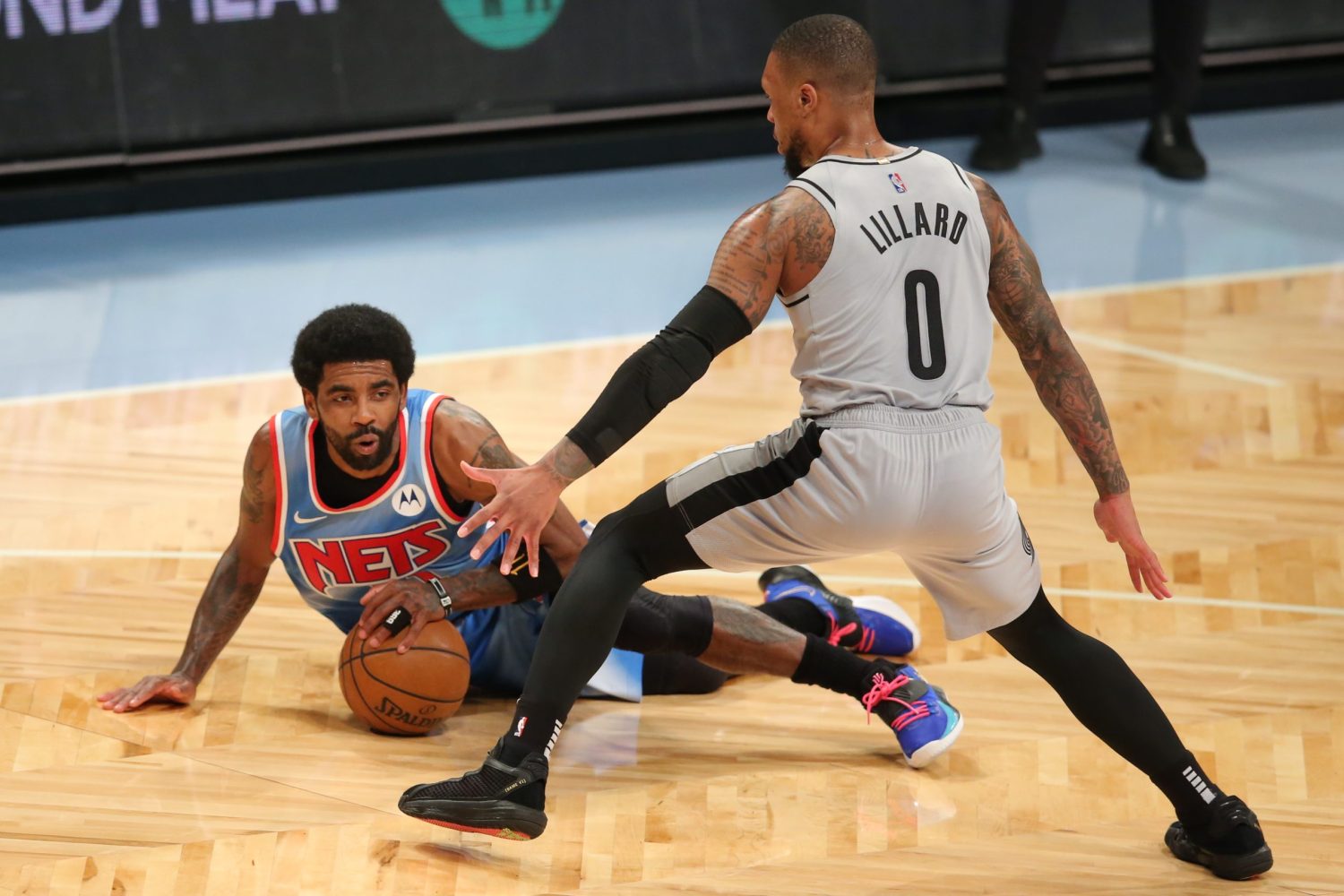 ESPN’s Jay Williams thinks the Portland Trail Blazers should consider trading one superstar guard for another.

Williams believes it would be in the Trail Blazers’ best “long-term interest” to part ways with Damian Lillard due to his contract requests.

Williams explained that it would make sense for Portland to trade the superstar to the Brooklyn Nets for Kyrie Irving, as that would solve Irving’s availability issues due to his vaccination status.

"I actually think for Portland, it would be in their best long-term interest to let Damian Lillard go …. How about a swap there? Dame [for] Kyrie."

“I actually think for Portland, it would be in their best long-term interest to let Damian Lillard go, considering he’s asking for that two-year extension, $107 million,” Williams said. “How about a swap there? Dame [for] Kyrie. Kyrie would then be able to play in Portland, and then you’re putting a guy like Dame on the same team with Kevin Durant and James Harden.”

Analysts and fans have pitched a lot of interesting trade ideas involving Irving. Aside from him getting vaccinated, one of the quickest ways for him to get back on the floor this season would be if he were traded to a new team.

As for Lillard, a trade involving the six-time All-Star would mark the end of an era in Portland. Lillard has spent his entire NBA career with the Trail Blazers since being drafted by the organization in 2012. Unfortunately for the Blazers, they haven’t been able to reach the NBA Finals during Lillard’s stint with the team.

It remains to be seen if Irving or Lillard will end up being dealt this season, but a deal involving either player would definitely qualify as a blockbuster trade.