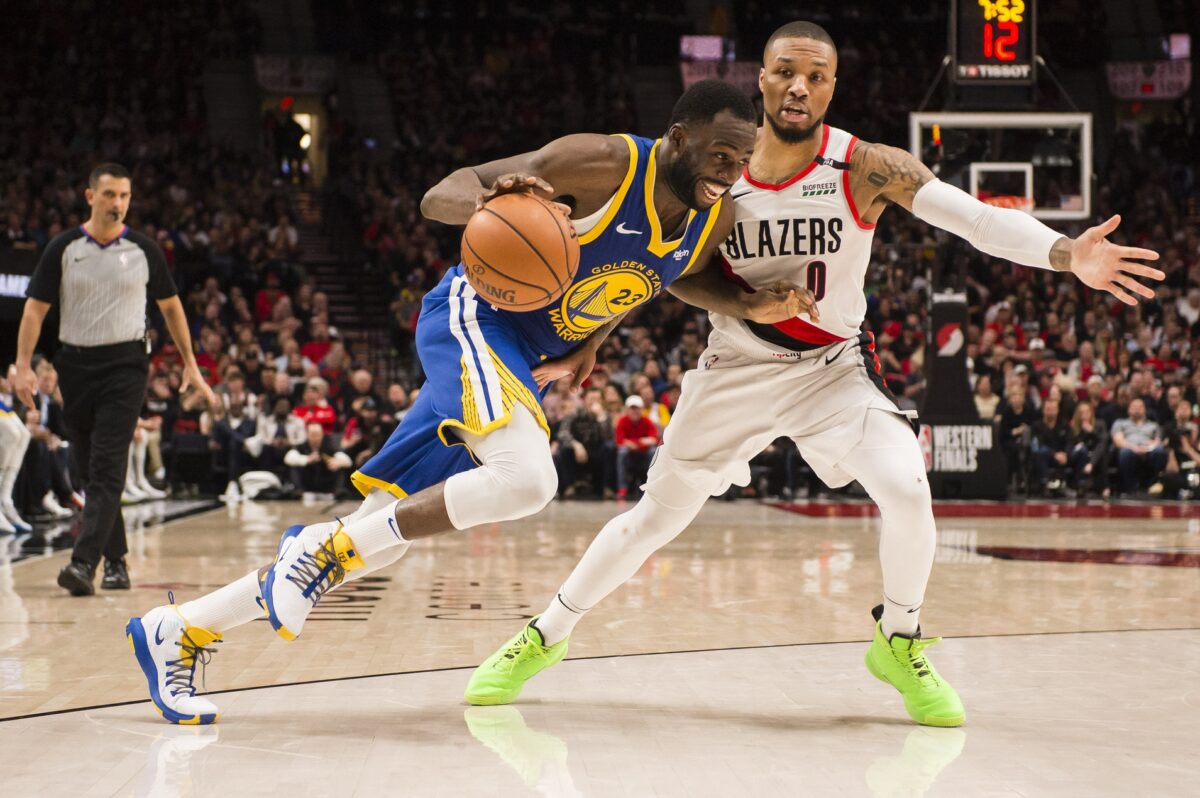 According to Sam Amick of The Athletic, Portland Trail Blazers superstar Damian Lillard has been campaigning for Golden State Warriors stalwart Draymond Green to come to Portland.

“If we were handicapping Draymond trade destinations if the Warriors decided to blow it up,” Amick said on a recent episode of The Athletic NBA Show podcast. “That’s the one Damian and his group have for the last couple years been campaigning for.”

Lillard, 30, has never been to the NBA Finals over the course of his career.

Although he’s been to the playoffs several times, he’s only reached the Western Conference Finals once.

Of course, Green’s Warriors have been a big reason why the Trail Blazers haven’t been able to advance far in the postseason in recent years. The Warriors went to the NBA Finals five consecutive times from 2015 to 2019.

Now, the Warriors aren’t the same elite team as they were at the end of the last decade. Two-time Finals MVP Kevin Durant departed the franchise in 2019 and sharpshooter Klay Thompson is still out due to injury.

If the Warriors continue to struggle, they reportedly could trade Green.