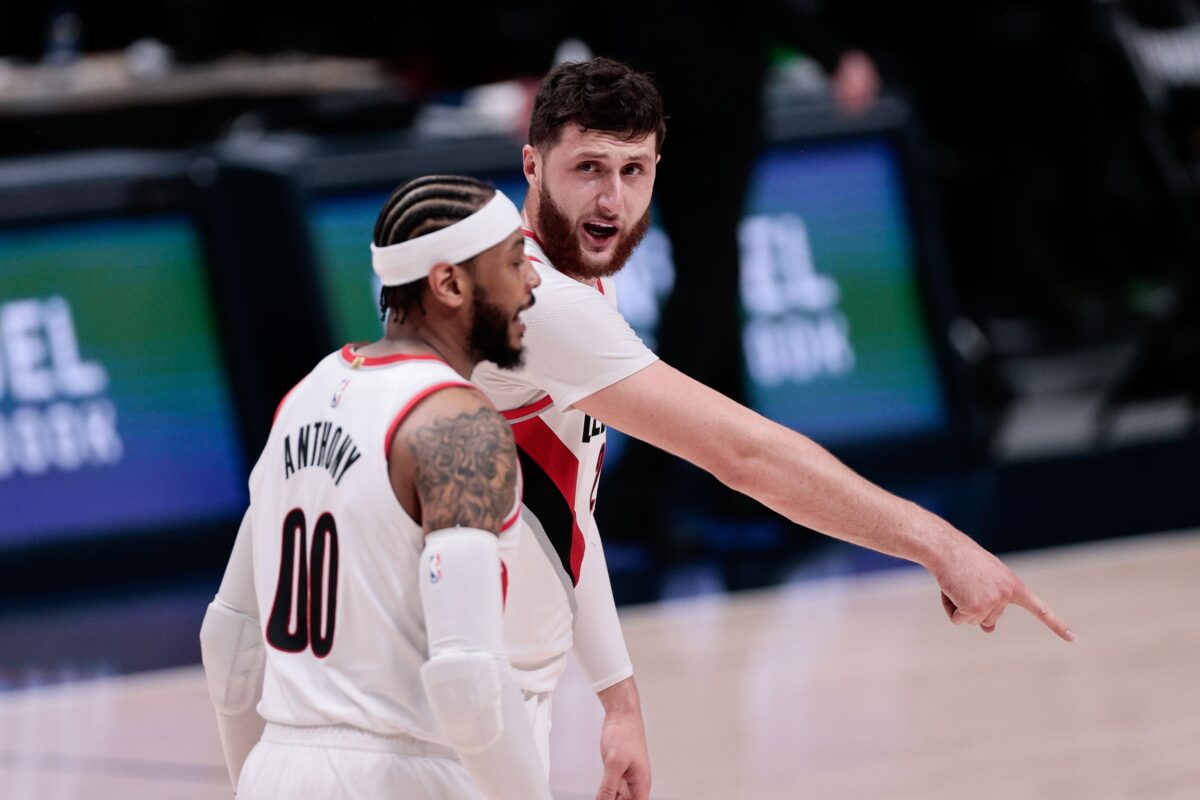 The Portland Trail Blazers are in the middle of an important offseason.

Having lost in the first round of the playoffs four out of the past five seasons, the organization might be looking at a roster overhaul.

The team will reportedly be fully guaranteeing the contract of center Jusuf Nurkic. On Wednesday, it was reported that Nurkic is not happy with his current role on the team.

“Nurkic hasn’t been happy with his role there,” said Michael Scotto of HoopsHype. “He was asked at the end of their season if he wanted to be back next season and he replied, ‘In the right situation, yes.’ The follow-up to that was what’s the right situation? He said, ‘We’ll see. I don’t know yet because this is not it.’ He has a non-guaranteed $12 million salary next season and people around Nurkic think Portland is going to keep him at that salary.”

Due to injuries, Nurkic only appeared in 37 games during the 2020-21 regular season. He averaged 11.5 points and 9.0 rebounds per game during that time. In the previous season, Nurkic played just eight games.

Given his displeasure with his role and the fact that he’s entering the final year of his current contract, it wouldn’t be surprising to see the Trail Blazers trade him away in order to avoid losing him for nothing.