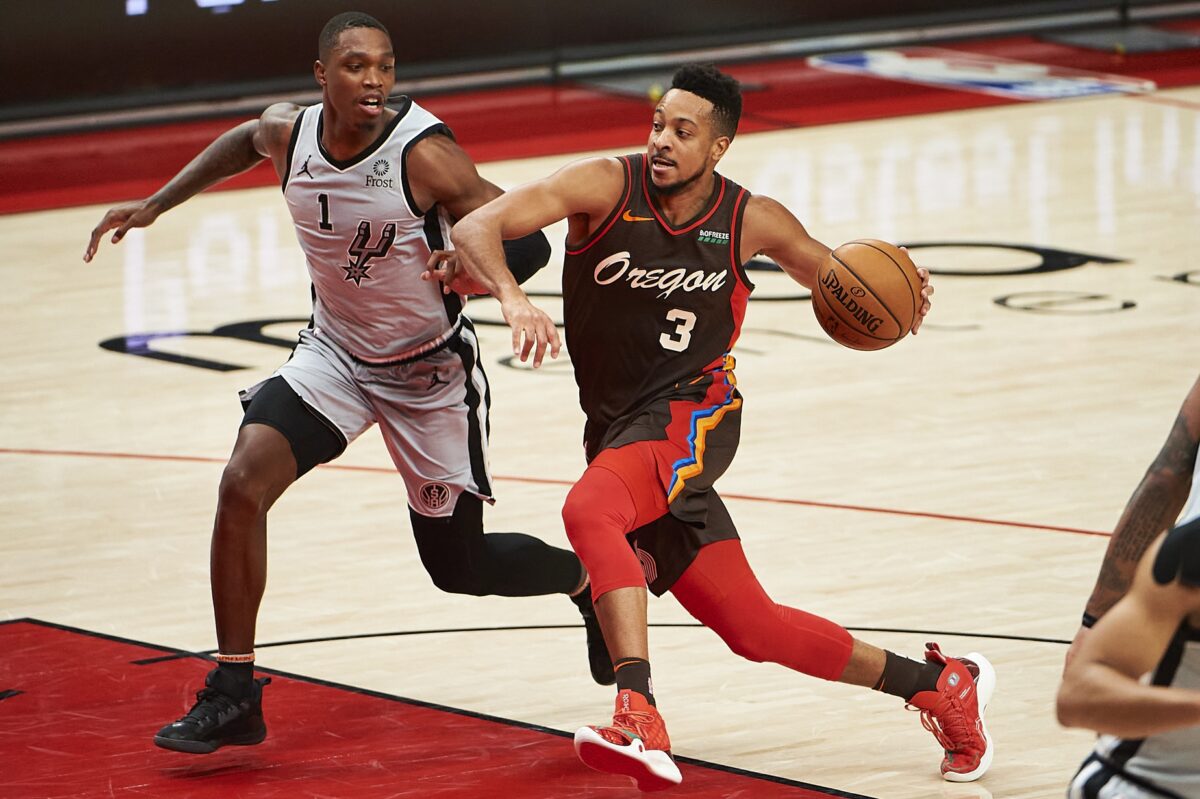 The Portland Trail Blazers have lost in the first round of the NBA playoffs in four out of the past five years, and it is clear that their roster needs some upgrades if they are going to challenge for an NBA title.

The team currently has a lot of money committed to many players, making any big roster moves somewhat difficult.

Portland’s second-leading scorer, C.J. McCollum, has seen his name mentioned in some trade rumors and could bring back some value for the Trail Blazers in a trade. However, because of his contract, some teams around the league reportedly don’t value him all that much.

“Cap-wise, their hands are tied,” wrote John Hollinger of The Athletic. “The Blazers are committed to C.J. McCollum for three more years and $100 million; McCollum is a plus starter but most of the league sees him as a slightly negative value at that money.”

It was recently reported that McCollum would “absolutely” be returning to Portland next season.

McCollum has developed nicely since entering the league. He has career averages of 18.9 points, 3.4 rebounds and 3.3 assists per game.

This past season was arguably one of his best, as he averaged 23.1 points, 3.9 rebounds and 4.7 assists per game while shooting 45.8 percent from the field and 40.2 percent from beyond the arc.

For the past six seasons, the 29-year-old has averaged at least 20.0 points per game, showing off that he is a fairly consistent scorer.

It will be interesting to see what type of package the Trail Blazers could acquire should they end up deciding to deal the talented guard.