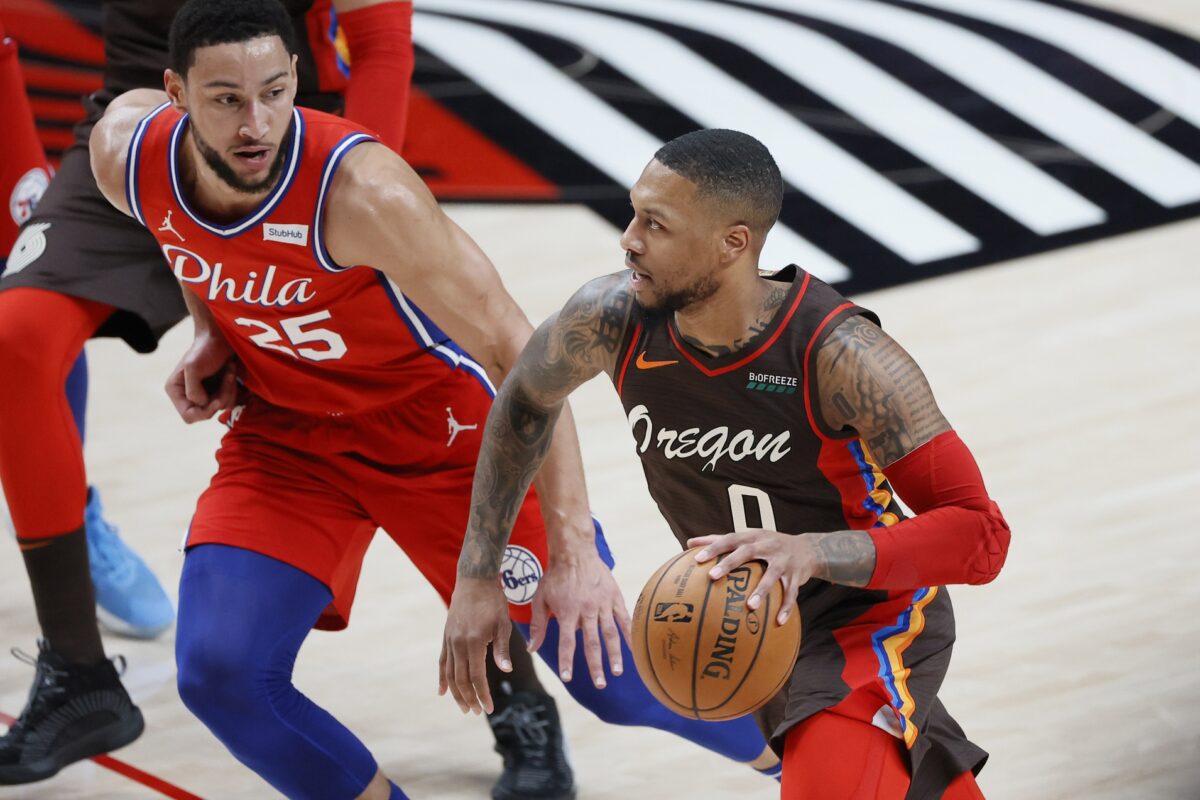 According to a report, some folks within the Portland Trail Blazers organization have concerns about how three-time All-Star Ben Simmons would fit alongside superstar Damian Lillard.

“I wrote 2,000 words on why I would trade [C.J.] McCollum for Simmons in a heartbeat,” wrote Gina Mizell of the Philadelphia Inquirer. “I love the fit for both teams. However, I’ve been told by some within the Blazers organization that they are not sure how well Simmons and Lillard would fit together. Simmons wants to play the Magic Johnson role, which requires having the ball in his hands. Well, that’s Lillard’s job. I could see Lillard playing off the ball more often but in the end, it’s his team and he will want the ball the majority of the time. That would force Simmons to play a role he isn’t used to.”

If the Blazers are worried about taking the ball out of Lillard’s hands, that problem could be solved by transitioning the 6-foot-11 Simmons into a frontcourt position.

It’s believed that many executives around the league have discussed this idea.

The Blazers certainly need to avoid making Lillard unhappy, as there is a belief that he’s not satisfied with his situation in Portland. For that reason, the organization should be careful about trading for another point guard.

However, Lillard would likely take any help he can get. Despite his best efforts, the six-time All-Star hasn’t been able to advance to the NBA Finals. In the 2020-21 season, he averaged 28.8 points, 4.2 rebounds and 7.5 assists per game.

Simmons, meanwhile, averaged 14.3 points, 7.2 rebounds and 6.9 assists per game last season. His campaign was tainted by a poor showing in the playoffs.

It will be interesting to monitor whether the Blazers pop up in more rumors regarding Simmons.