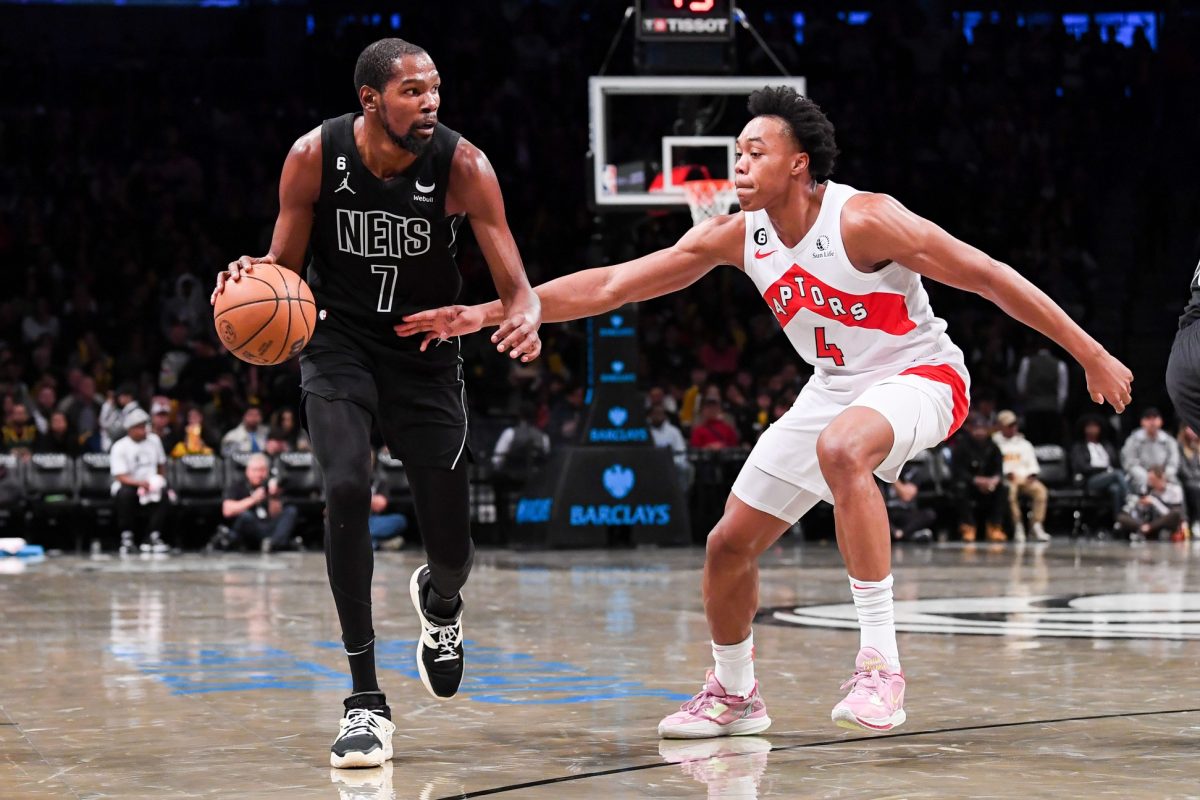 The Toronto Raptors were one of the teams that were linked to Brooklyn Nets star forward Kevin Durant in the offseason.

As many NBA fans surely remember well, Durant requested a trade before later reneging. The Nets were apparently “angling” for Scottie Barnes in trade talks, but the Raptors were reportedly unwilling to include him in any deal.

Raptors guard Fred VanVleet recently said that he would turn Durant if it meant trading the young star.

“I wouldn’t do it,” said VanVleet when asked by Serge Ibaka if he would trade Barnes for Durant. “I told you, I’m a loyal guy, man.”

The Florida State University product has lots of potential as a two-way player. He’s constantly shown flashes of brilliance as a playmaker and defender. He seems to have the potential to become one of the most versatile players in the league.

The former No. 4 overall pick from the 2021 NBA Draft and the Raptors are 10-9 this season and have been playing some inconsistent ball. They already have multiple losing and winning streaks.

Despite that, they’re currently in seventh place in the Eastern Conference and right behind the Philadelphia 76ers for the final guaranteed playoff spot in the conference.

Barnes helped the Raptors shock the world last season, as they went 48-34, good enough for fifth in the the East. Many believed they would be worse since they had such a young roster.

The Raptors won their latest game on Saturday against the Dallas Mavericks to move back over .500. They’re set to take on the Cleveland Cavaliers on Monday in what’s sure to be an exciting matchup.

Matchups between the Cavaliers and Raptors are always entertaining because they pit Barnes against Evan Mobley, who finished second in the Rookie of the Year race last season.