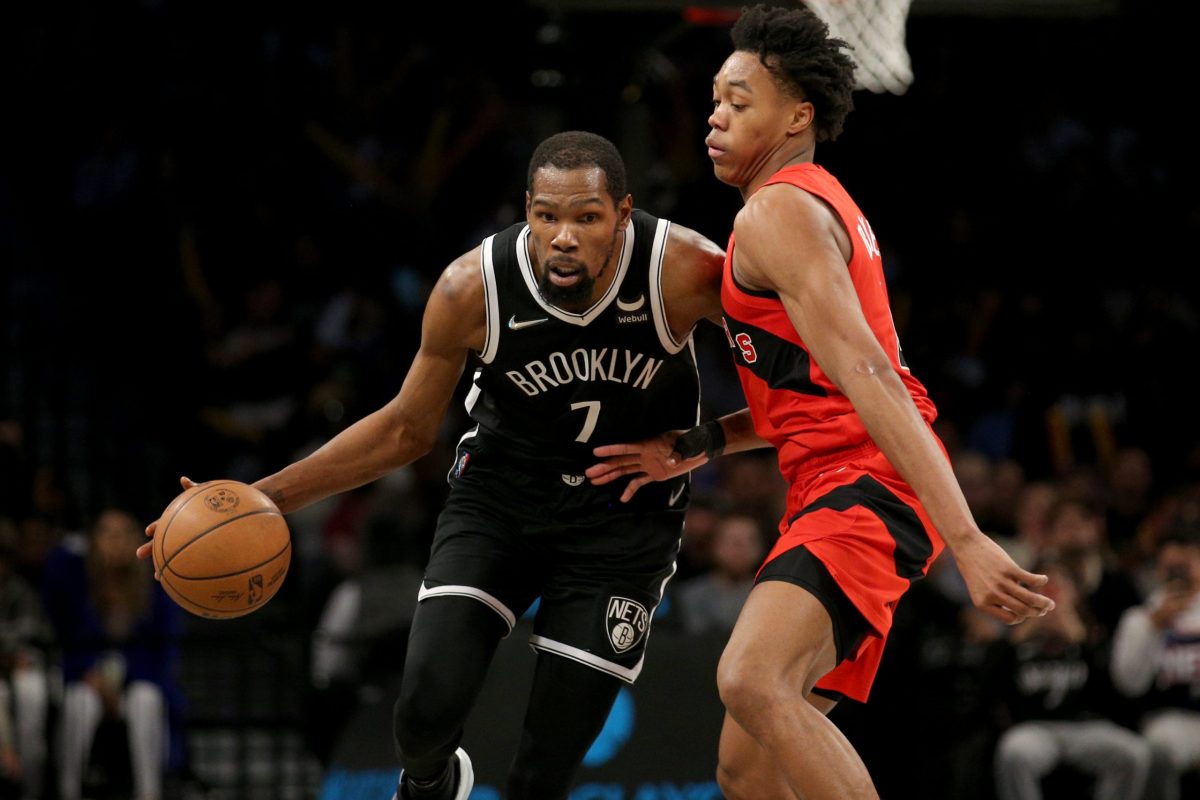 The entire basketball world was turned upside down in late June when it was reported that superstar Kevin Durant is seeking a trade from the Brooklyn Nets.

Understandably, countless rumors are starting to reveal that teams all over the league are building trade packages that they think can convince the Nets to part ways with the former MVP.

Though the Miami Heat and Phoenix Suns are seen as the frontrunners at the moment, the Toronto Raptors apparently believe that they can offer the Nets the best package.

What’s more, there is also a sense that Durant is “at least open” to the idea of playing in Toronto.

“I can confirm that not only are the Raptors ‘lurking,’ but they also feel they can put together the best package of assets the Brooklyn Nets are likely to get,” Michael Grange of Sportsnet reported.

“Confidence isn’t the word for it, but optimism might be.

“There is also a sense – though it’s reading tea leaves at this stage, as teams can’t communicate directly with Durant, who remains under contract with the Nets – that the two-time champion and 11-time all-NBA force of nature is at least open to the possibility of playing in Toronto.”

As the report indicates, the Raptors are doing a fair amount of guesswork at the moment. With that in mind, the team does have a fair number of young and talented players that could convince the Nets to bite.

As NBA fans know well, the Raptors are no strangers to executing massive trades for superstars. Just a few years ago, the Raptors proved victorious in the Kawhi Leonard sweepstakes. While Leonard only played with the Raptors for one season, the franchise got an NBA title out of the deal.

What makes the Durant situation a bit different is that he’ll be locked into his current deal for the next four seasons. He isn’t schedule to become an unrestricted free agent until 2026.

Though the Raptors may be a dark horse in the race, it seems clear that they are going to make a run at Durant. Whether or not he actually ends up in Toronto remains to be seen.