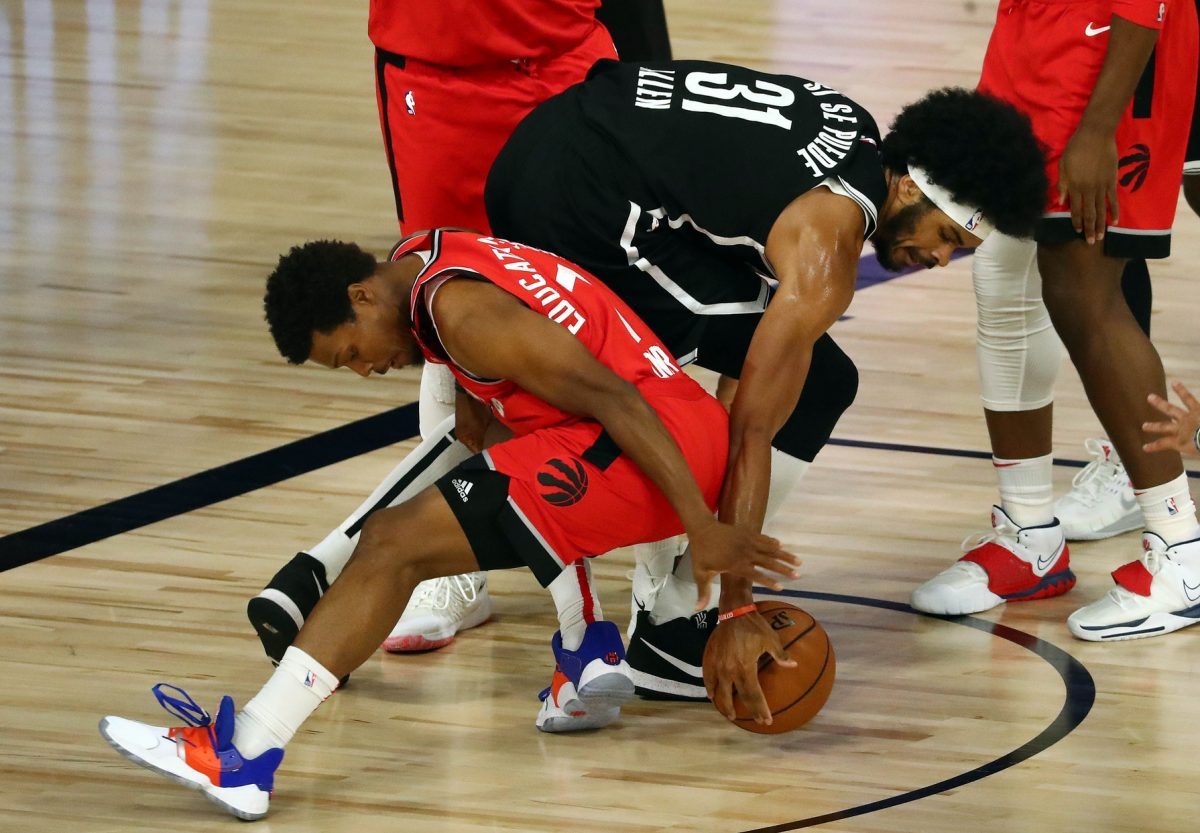 On Monday, the Toronto Raptors announced that alpha Kyle Lowry has been diagnosed with a left ankle sprain.

There is no timeline for the point guard’s return to the court.

The Raptors announced that Kyle Lowry has a left ankle sprain. No timeline is given for a return.

The Raptors completed a sweep of the Brooklyn Nets on Sunday.

Lowry, 34, was limited to nine minutes in Game 4 due to the injury. Despite losing the All-Star early in the contest, the Raptors crushed the Nets by a score of 150-122.

The veteran is a crucial part of the team’s success. Lowry averaged 19.4 points, 7.5 assists and 5.0 rebounds per game during the regular season.

The defending champions concluded the 2019-20 regular season with a 53-19 record for the No. 2 seed in the Eastern Conference. Raptors head coach Nick Nurse was recently named the 2020 Coach of the Year.

The Raptors will take on the Boston Celtics in the second round. The series is set to start on Thursday.