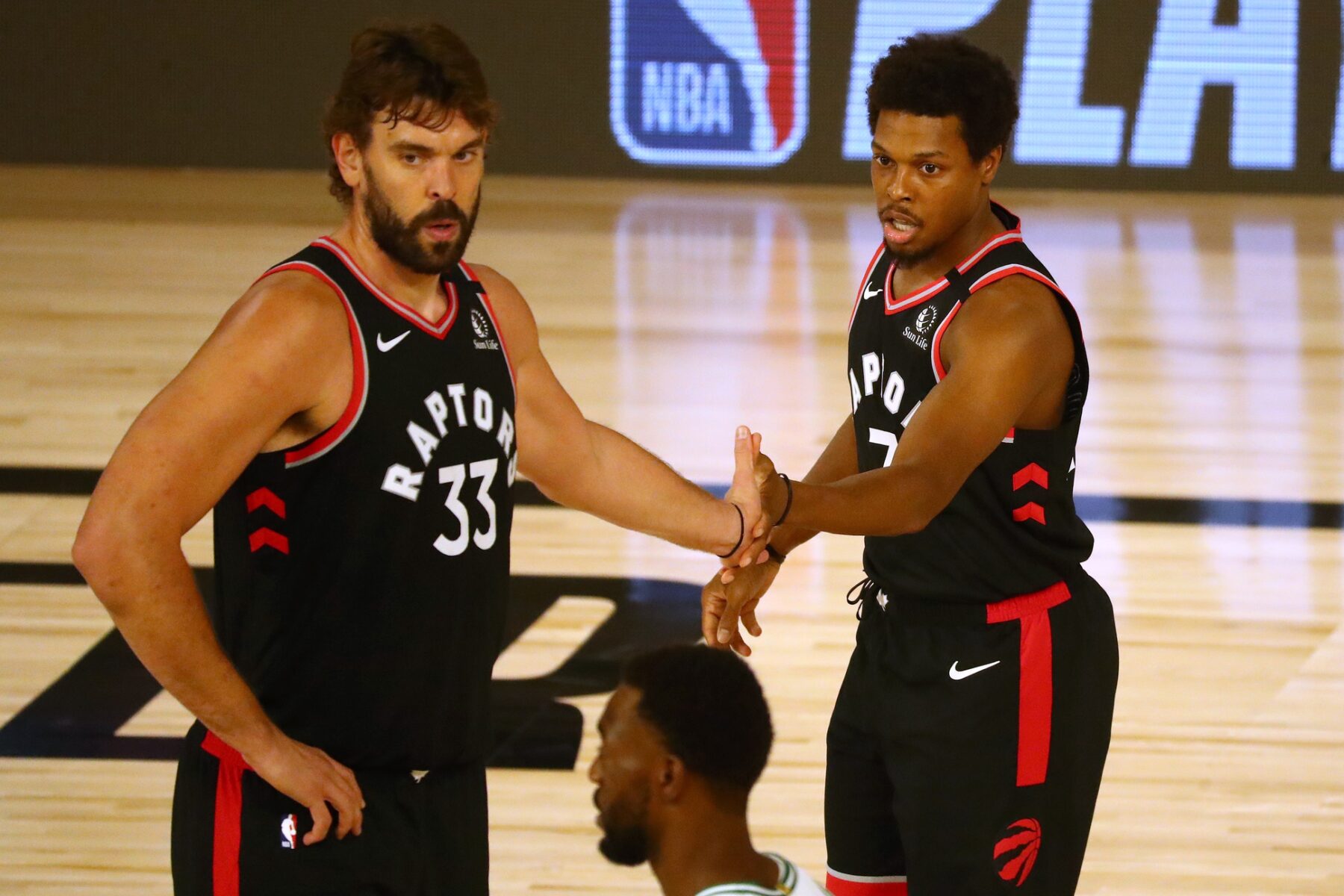 A new report indicates that because of the continuing coronavirus pandemic, the Toronto Raptors could be playing their home games in any number of different cities for the 2020-21 campaign.

Marc Berman of the New York Post wrote that the continuing quarantine issues for Canadian teams make the possibility of the Raptors playing on their home court a bit unlikely.

“The Raptors are fighting hard to stay in Toronto for the 2020-21 season, league sources told The Post,” Berman wrote.

“Two weeks ago, The Athletic reported the possibility of the Raptors moving to Newark’s Prudential Center because of Canada’s strict quarantine rules stemming from the COVID-19 pandemic.

“Other possible landing spots include sharing Barclays Center with the [Brooklyn] Nets, or playing in Kansas City, Mo., Seattle or the Tampa Bay area.

“According to sources, those sites, including Newark, are long shots, and the likelihood of remaining in Toronto still is very much on the table.”

The idea of the Raptors and Nets sharing a court isn’t a completely foreign concept, given that the Los Angeles Lakers and Los Angeles Clippers share Staples Center.

Still, the situation would cause plenty of havoc for a Raptors organization that’s trying to focus on winning the NBA title.

If the Raptors chose to play in Seattle, it would mark the first NBA action in that city since the SuperSonics moved to become the Oklahoma City Thunder.

A move to Kansas City would also be a return to a former NBA city, which last saw the Kansas City Kings play there until their 1985 move to become the Sacramento Kings.

During the recent major league baseball season, the Toronto Blue Jays were forced to play their home games in the United States.