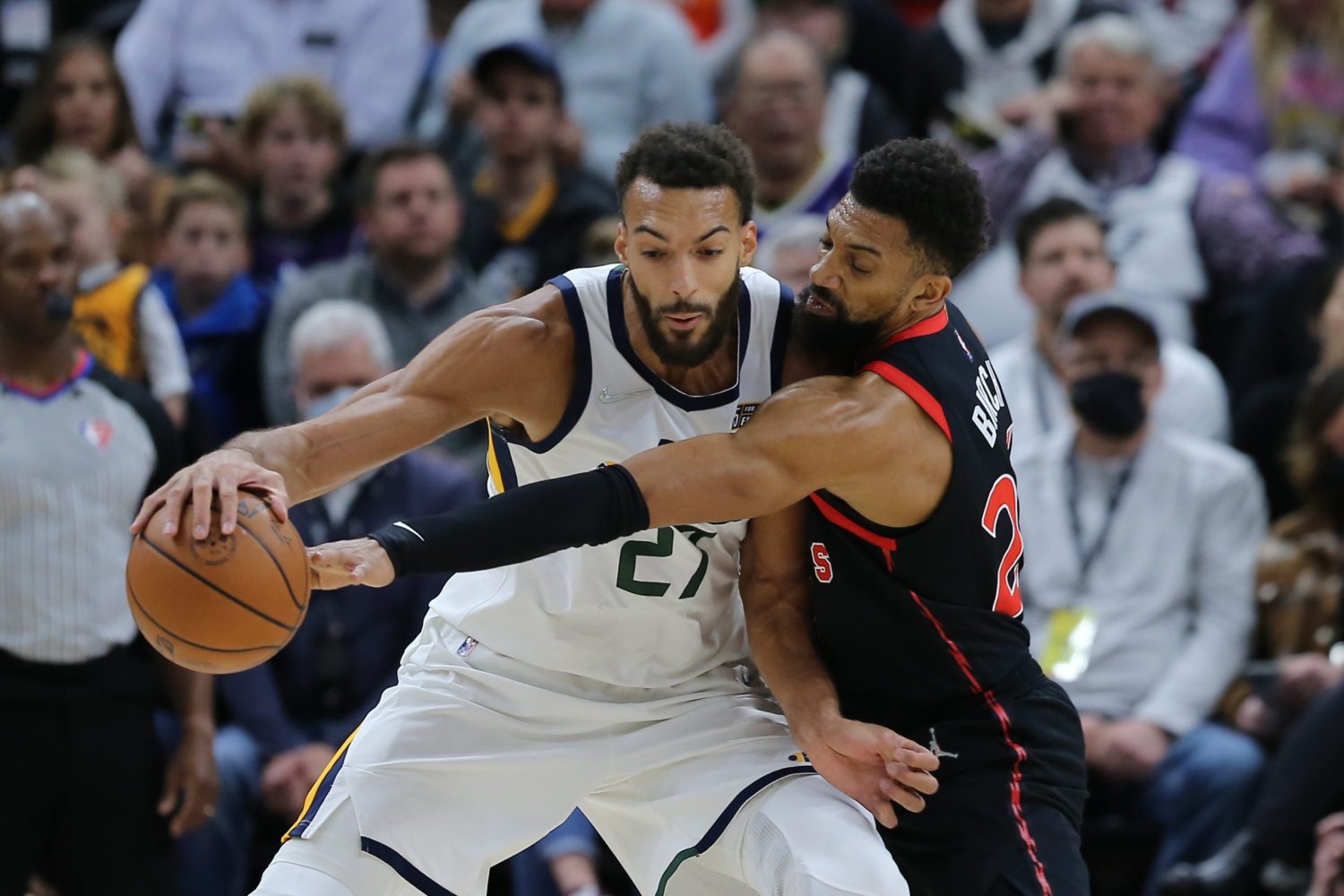 The Toronto Raptors have reportedly been in the market for a big man for a long time.

According to NBA insider Marc Stein, they could end up showing interest in All-Star center Rudy Gobert.

“I agree with Tim [MacMahon], Dallas would certainly be interested,” said Stein regarding Gobert. “Toronto, we know they’ve been after a big for a long time. I can imagine the Raptors showing interest there. It will be more than those those two teams, for sure.”

Gobert is currently playing for the Utah Jazz, with whom he signed a five-year extension with in 2020. If the Raptors want to bring him to Toronto, they would likely need to give up several players or draft assets.

Throughout his career, Gobert has averaged 12.4 points, 11.6 rebounds and 2.2 blocks per game. He was selected in the first round of the 2013 NBA Draft.

Utah looks set to make its sixth straight postseason appearance this year. It is currently the No. 5 seed in the Western Conference with a 46-32 standing.

There have been reports that Gobert’s relationship with Jazz star Donovan Mitchell is on the rocks once again. The Jazz’s front office could look to blow the team’s roster up by trading away Gobert and retooling around Mitchell instead.

The Jazz haven’t really been successful in the playoffs recently, as they haven’t made it past the second round of the postseason since the 2006-07 campaign.

Trading away Gobert would certainly be difficult for the Jazz. After all, Gobert is a three-time All-Star and three-time Defensive Player of the Year. He is also one of the favorites for the award this season. It remains to be seen if the Jazz will hold onto him this coming offseason.