A new report indicates that the prospect of the NBA expanding to cities like Seattle and Las Vegas has the league expecting to get $2.5 billion price tags for each team.

Brian Windhorst of ESPN looked at how the potential money from any expansion could be tied to what the purchase price is for the Minnesota Timberwolves, which owner Glen Taylor has had on the market since last July.

“Within the league office, sources said officials have floated the price tag of $2.5 billion each for two expansion teams in the near future,” Windhorst wrote. “Unlike other major revenue streams such as TV and ticket money, expansion fees are not split with players. Such a haul could mean about $160 million per team, a windfall that could wipe out the massive debt load that’s piling up, and that alone has perked interest in the expansion path.

“Considering there might be multiple offers from cities like Seattle or Las Vegas and that the league knows its business and its bidders, that could be a fair projection. But a potential Wolves sale of $1.5 billion or less would mean a correction in the NBA market after a decade of growth.”

NBA revenues have been severely damaged by the continuing coronavirus pandemic, which has either eliminated or severely limited the amount of paying fans in attendance.

Taylor has seen minor interest from potential buyers of the Timberwolves, with this effort to sell coming after the Utah Jazz were sold for $1.66 billion.

The prospect of a new team in Seattle would bring NBA basketball back to a city where the SuperSonics played from 1967 to 2008. Regarding Las Vegas, a team in that city would have thousands of tourists as potential ticket buyers throughout the year.

There’s been no major push to expand the number of NBA teams in recent years, but given the financial havoc that’s taken place over much of the past year, that attitude very well could change. 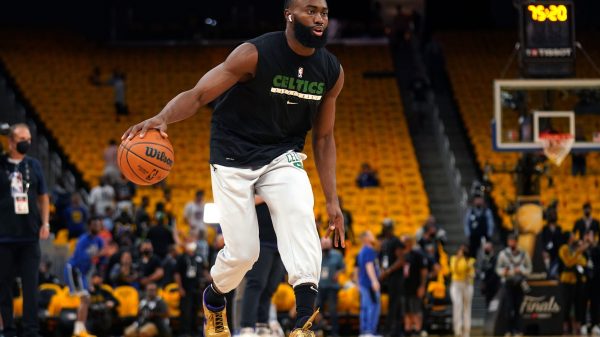 Boston Celtics wing Jaylen Brown reportedly wants to stay in Boston for the long term. Brown has been involved in trade rumors alongside Brooklyn...