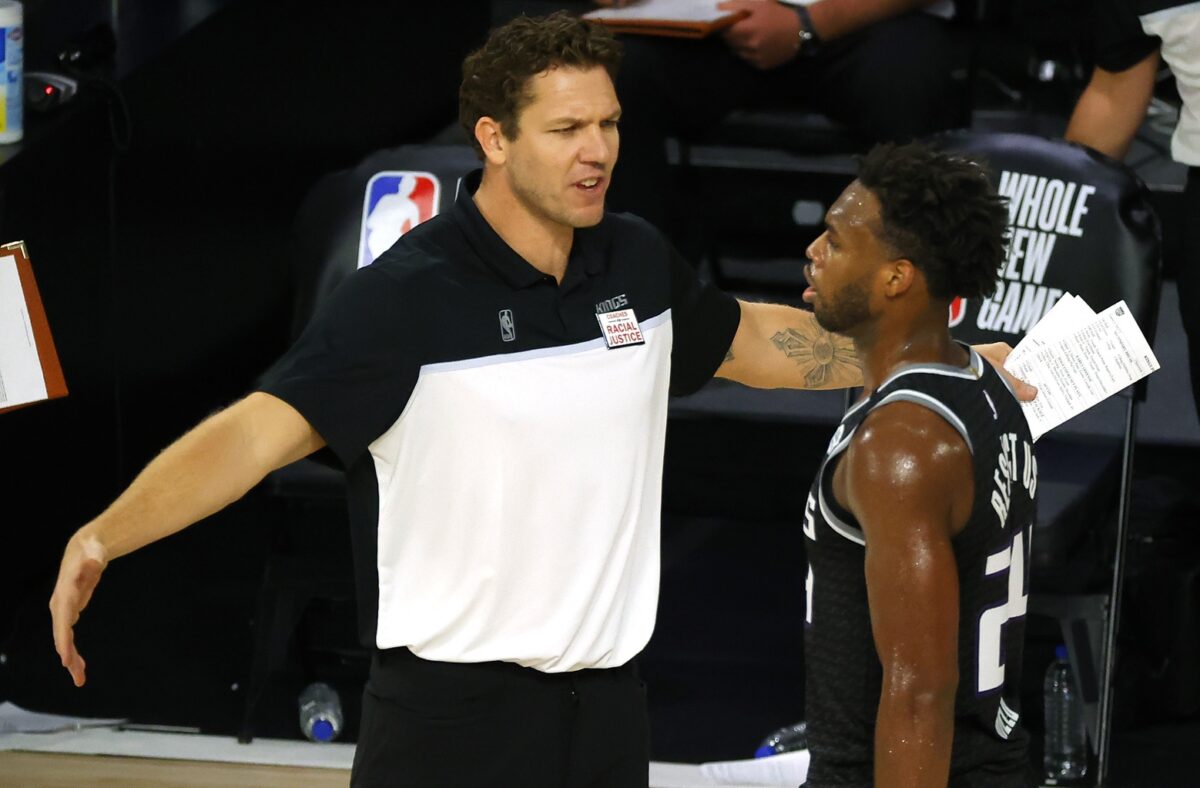 The Sacramento Kings are a young team trying to put it all together with Luke Walton at the helm and De’Aaron Fox running the show on the floor.

Unfortunately, the Kings haven’t been able to find the right mix of players around Fox to make this team competitive. Buddy Hield was thought to be the right piece to take the team to another level, but he seems fed up with Walton.

Buddy Hield has "soured" on Luke Walton and won't answer his calls, per @mr_jasonjones pic.twitter.com/leLUMGVN3x

Hield has been one name floating the NBA rumor mill recently. The Philadelphia 76ers have recently been a team linked to Hield, with the storied franchise expected to be as active as any team in the league during the offseason.

The sharpshooter out of the University of Oklahoma interacted with a post on social media talking about Hield potentially getting traded to the 76ers. The 27-year-old wants out of Sacramento, and there will likely be plenty of interested teams in need of a scorer and shooter of his caliber.

In 72 games during the 2019-20 NBA season, Hield averaged 19.2 points per game while shooting 42.9 percent from the floor and 39.4 percent from beyond the arc. These numbers are down slightly from the career year he had in 2018-19, but still solid and enough to merit trade interest from a team like the 76ers during the offseason.