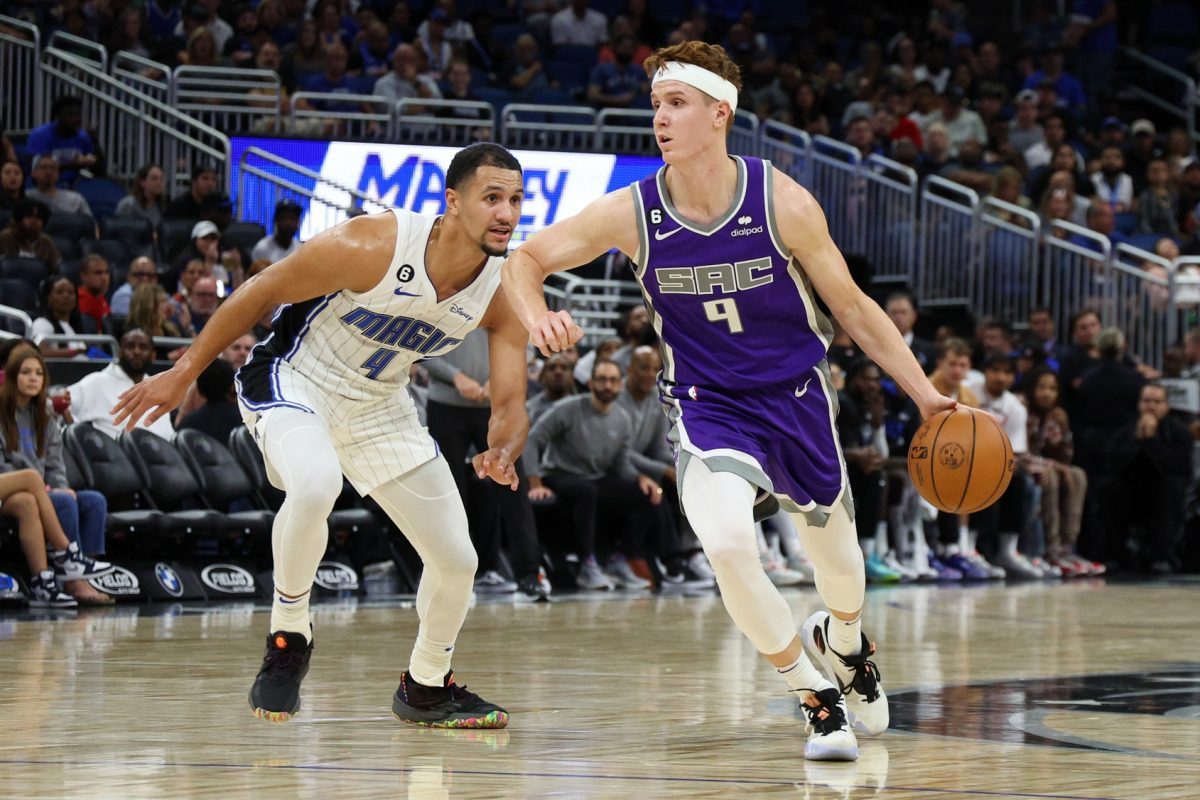 Huerter made his comments on the The Carmichael Dave Show with Jason Ross on Wednesday.

In his short time in Sacramento, Kevin Heurter told Dave and Jason he's already noticed the Kings don't get as many foul calls as he's seen in the past.

Check out more from the debut of the Kevin Huerter Show here >>> https://t.co/ScQLJXwIPf pic.twitter.com/d6BPYexAia

“It hurts me to say this, but yes,” Huerter said when asked if he has observed a difference in how Kings games are officiated. “Honestly. That is something that within the first [nine] games has been noticeable.

“I won’t say which teammates, but a couple of teammates that have been here said, ‘Things are different here in Sac.’ We don’t get many calls. You’re going to realize in every game that things are different, and honestly it is something I’ve felt so far.”

Huerter’s frustration over a lack calls stems from two decisions that went against the Kings. The first of these call came in the closing seconds of their tight game against the Miami Heat on Nov. 2.

In that contest, Heat guard Tyler Herro connected on a game-winning 3-pointer to give the Heat to a 110-107 victory. However, less than a day later, the NBA’s Last Two Minute (L2M) Report indicated that Herro should have been whistled for traveling.

That was followed by Monday night’s 116-113 loss to the defending NBA champion Golden State Warriors. Huerter put up a 3-point attempt in the final seconds that missed, with the subsequent L2M Report indicating that Huerter had been fouled.

In each of those cases, the correct call would have presumably resulted in overtime. Even though there was no guarantee that the Kings would have won the games, having the opportunity taken away by incorrect calls is obviously aggravating to Huerter.

During the first four years of the 24-year-old Huerter’s NBA career, he played for the Atlanta Hawks. Then, during the offseason, he was dealt to the Kings in a trade that sent Maurice Harkless, Justin Holiday and a 2024 first-round pick to the Hawks.

In Huerter’s nine games with the Kings thus far, he’s been a solid contributor by averaging 16.9 points, 3.3 assists and 2.7 rebounds per game. He’s been especially deadly from beyond the arc, connecting on 35 of his 68 3-point attempts for a shooting percentage of 51.5 percent.

Huerter’s complaint isn’t a new one, with similar gripes being offered in years past by others in the NBA. If any bias does exist among NBA referees, the Kings’ continuing lack of success likely saddles them with a lack of respect among those officials.

For now, Huerter and the Kings will simply have to try to improve on their 3-6 record. That may be tough on Wednesday night, when they host the Cleveland Cavaliers, who have won eight of their first 10 games this season.