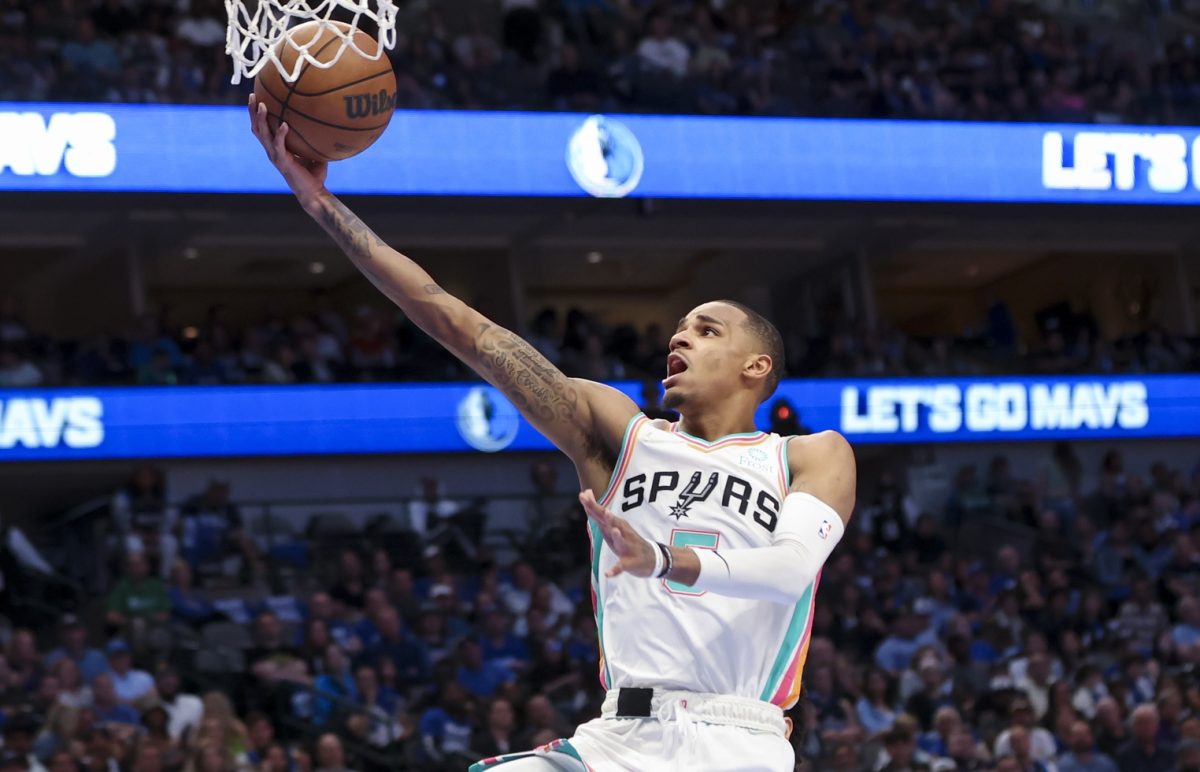 If any team has plans to acquire San Antonio Spurs guard Dejounte Murray during the offseason, a trio of first-round draft picks may be the price.

NBA insider Jake Fischer spoke about Murray’s status on the trade market during an episode of his podcast.

“They’ve told multiple teams that I’ve spoken to have called them that the price is a Jrue Holiday-like deal,” Fischer said of the Spurs’ asking price for Murray. “Three first-round picks seems to be the benchmark.”

In five seasons of play in the NBA, Murray has developed into a standout after being the 29th overall pick in the 2016 NBA Draft.

His development was temporarily paused when he was forced to sit out the entire 2018-19 season due to a torn right ACL.

Such an injury can have a major impact on the career of a player, but Murray actually managed to improve his numbers after the setback.

Since his lost season, Murray has taken his game to another level as an all-around player who can produce on both ends of the court.

Numbers like those help explain why the Spurs have high expectations when it comes to any trade discussions regarding Murray.

Despite the fact that a deal involving multiple first-round picks would mortgage a team’s future, some teams are likely to continue pursuing Murray. That’s because he already has five seasons of experience and will only turn 26 years of age in September.