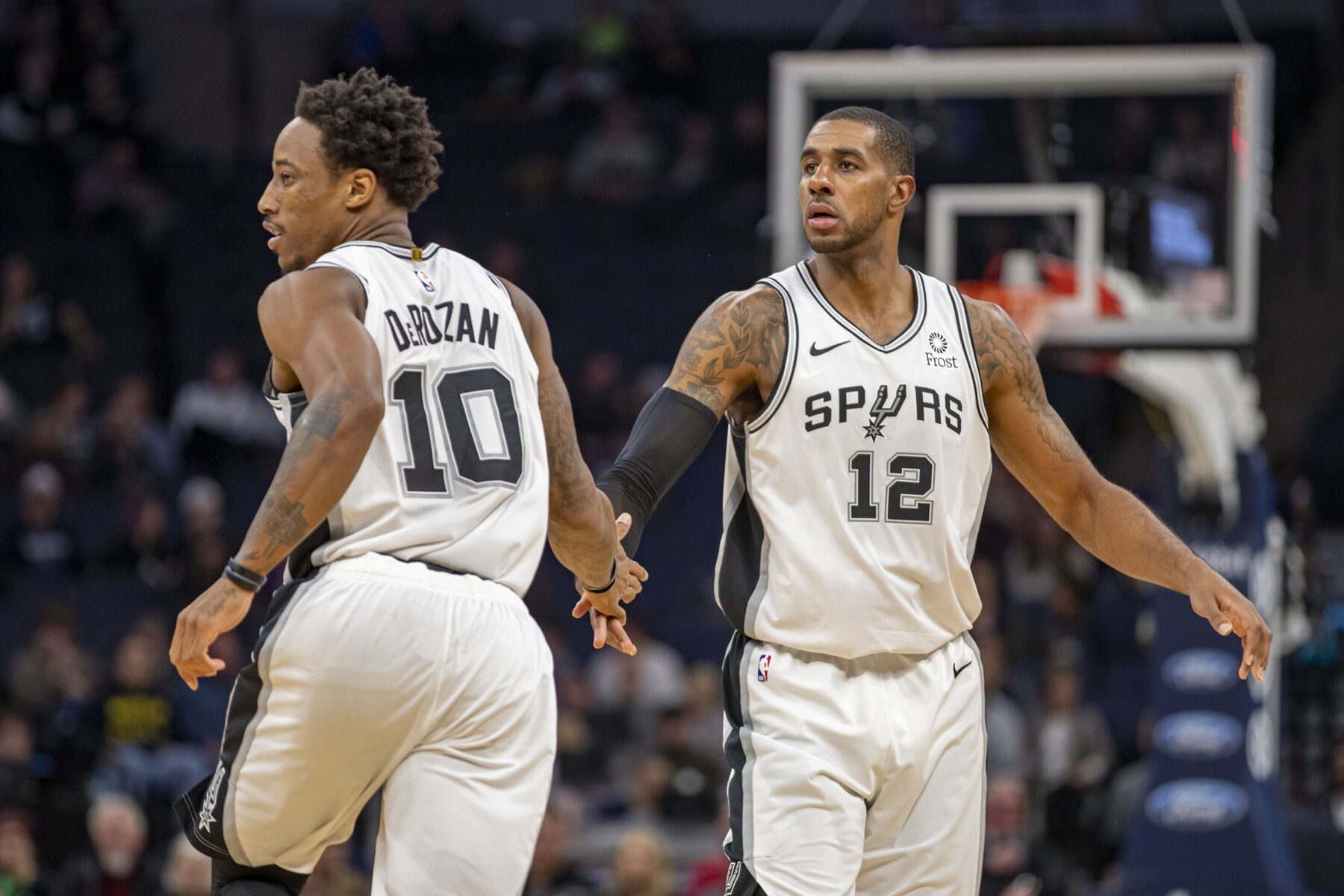 A new report indicates that the San Antonio Spurs may be in the market to trade veterans DeMar DeRozan and LaMarcus Aldridge before next month’s trade deadline.

Marc Spears appeared on ESPN’s weekday program “The Jump” on Thursday and discussed how teams in the NBA’s Southwest Division, are likely looking to make the deals, including (at the 50-second mark) the Spurs.

We're exactly a month away from the NBA trade deadline, so we went hot stove with @ZachLowe_NBA, @MarcJSpears and @RamonaShelburne to find out the most likely buyers, sellers and buyout candidates to look for over the next few weeks: pic.twitter.com/AMDJMsHkah

“Another name is San Antonio, is kind of surprising” Spears said. “LaMarcus Aldridge’s name has been bandied about. Also, a little bit I’m hearing DeMar DeRozan.”

Right now, the Spurs are in first place in the Southwest Division and have the sixth-best record in the Western Conference, one-half game behind the Portland Trail Blazers.

Realistically, the Spurs aren’t likely to contend for the league title this year. In addition, with both DeRozan and Aldridge in the final years of their respective contracts, the Spurs presumably want to avoid the prospect of watching both players sign with other teams during free agency.

For now, the Spurs will look to get back on the winning track when they face the New Orleans Pelican on Saturday night.

In their most recent outing, the Spurs dropped a 102-99 decision to the Oklahoma City Thunder on Wednesday night, their first game after having the previous four contests postponed because of COVID-19 health and safety protocols.