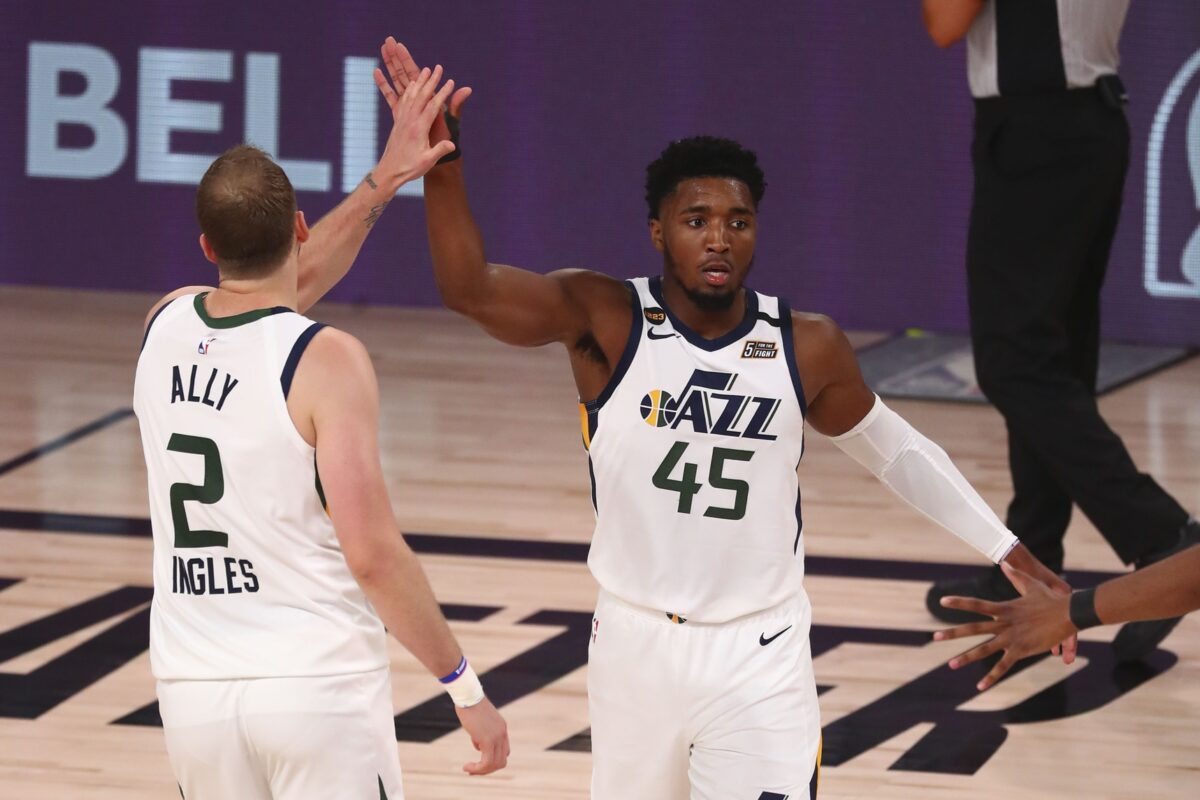 O’Neal was interviewing Mitchell on TNT and indicated that Mitchell lacks the ability to take his team to the next level. The former Los Angeles Lakers legend then noted that it was being done to motivate Mitchell.

This exchange between Shaq and Spida 👀

“We don’t really give a s-h-i-t about what other people think about our team.” –@Joeingles7 (he literally spelled it out on air)

“We don’t need Shaq’s TNT motivation, we have enough motivation within our team.” –@Joeingles7 #TakeNote

That anger from Ingles is a natural response from a teammate, with the criticism of Mitchell by O’Neal questionable based on the guard’s NBA career.

Mitchell has career averages of 22.8 points, 4.1 assists, 4.1 rebounds and 1.3 steals per game, numbers that helped earn him a massive five-year contract extension worth an estimated $195 million.

The Jazz reached the Western Conference semifinals during Mitchell’s first year with the team, but have been knocked out in the first round during each of the past two seasons.

Some of O’Neal’s criticism is likely directed at the fact that the Jazz held a 3-1 advantage over the Denver Nuggets last season, but ended up losing that series in seven games.

From a broader perspective, putting the burden of failing to advance on Mitchell is an unfair assessment. That’s because the quality of the teams that have reached the NBA Finals during his time in the league would have made any team’s path to a title a difficult one.

In June 2018, the Golden State Warriors won their second straight NBA title, then lost in six games in the 2019 finals. Last season, the Los Angeles Clippers entered the year as favorites, but it was the Los Angeles Lakers who ended up capturing the league title.

In the exchange with O’Neal, Mitchell offered virtually no response, though his body language clearly indicated an obvious reaction to the insult.

Mitchell is likely hoping for redemption for this year and beyond, with Ingles’ criticism showing that the Jazz just added one more bit of motivation once the postseason gets underway.