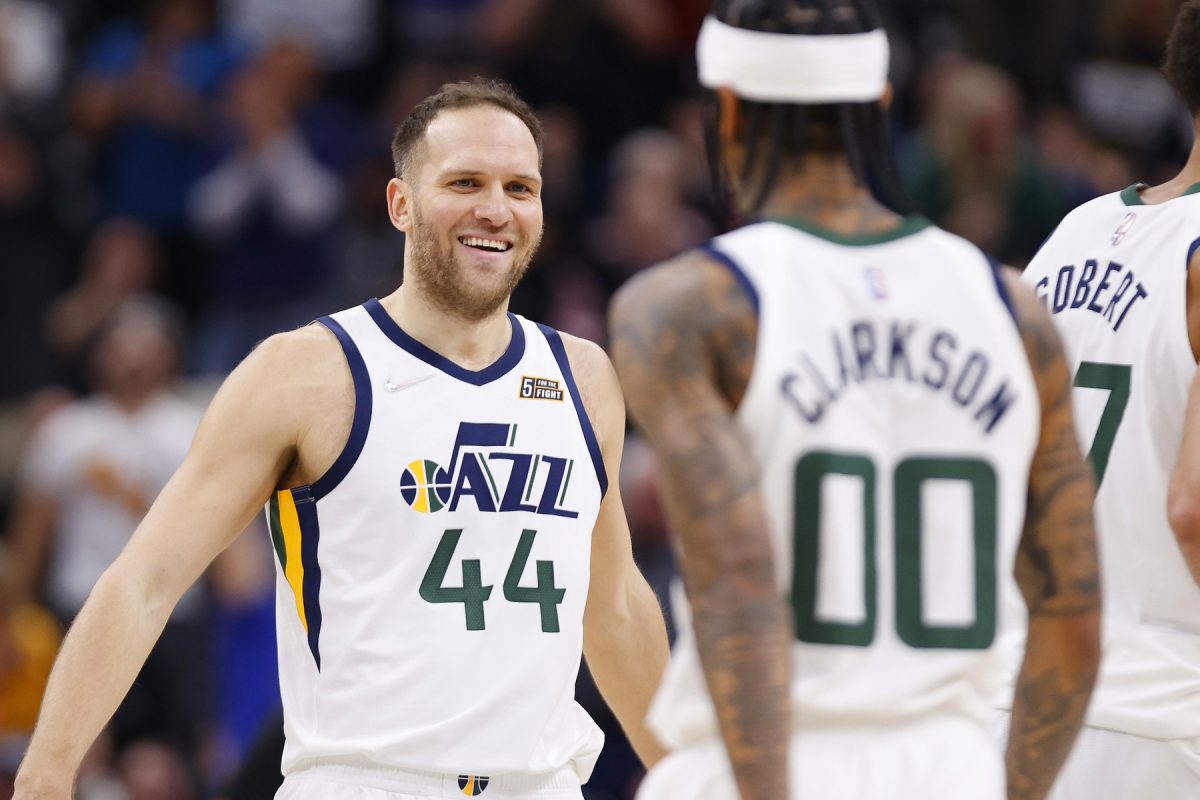 In the midst of overhauling their roster, the Utah Jazz are reportedly seeking a first-round pick apiece for Bojan Bogdanovic, Jordan Clarkson and Malik Beasley.

“The second package is Clarkson, Bogdanovic, Beasley,” Lowe said. “From what I’ve been told around the league, the Jazz feel all three of those guys are worth a first-round pick. If that’s the case, then there’s no deal, that’s out.”

The Jazz have been among the most active teams in the trade market during the offseason, beginning with their deal to send center Rudy Gobert to the Minnesota Timberwolves. That trade involved a wide array of future first-round picks as well as current players.

Then, after months of speculation about the future of superstar guard Donovan Mitchell, the Jazz sent him to the Cleveland Cavaliers. Much like the Gobert deal, the Jazz received an ample bounty of future top picks and active players.

Bogdanovic is a 33-year-old small forward and has spent his last three seasons with the Jazz. During the 2021-22 campaign, he averaged 18.1 points, 4.3 rebounds and 1.7 assists per game.

Clarkson is a 30-year-old guard who began his career with the Lakers in 2014 and was traded to the Jazz in December 2019. Last year, he put up similar numbers to Bogdanovic averaging 16.0 points, 3.5 rebounds and 2.5 assists per game.

Beasley is a 25-year-old shooting guard who was part of the trade package for Gobert. He spent the last three seasons with the Timberwolves and has watched his numbers drop, finishing last season with averages of 12.1 points, 2.9 rebounds and 1.5 assists per game.

The Jazz have already stockpiled a mountain of top picks in the years ahead in their previous deals. However, Gobert and Mitchell were the Jazz’s top two players, an assessment that few would apply to the trio of Bogdanovic, Clarkson and Beasley.

In the Lakers’ efforts to wipe away the humiliation of missing last season’s playoffs, the name of veteran guard Russell Westbrook has been mentioned in countless trade talks. Among the problems connected with dealing him include his massive salary for the upcoming season and the fact that he turns 34 in November.

The Jazz may ultimately end up trading all three players at some point in the near future. However, it seems clear that they shouldn’t hold their breath waiting for someone to meet their asking price.