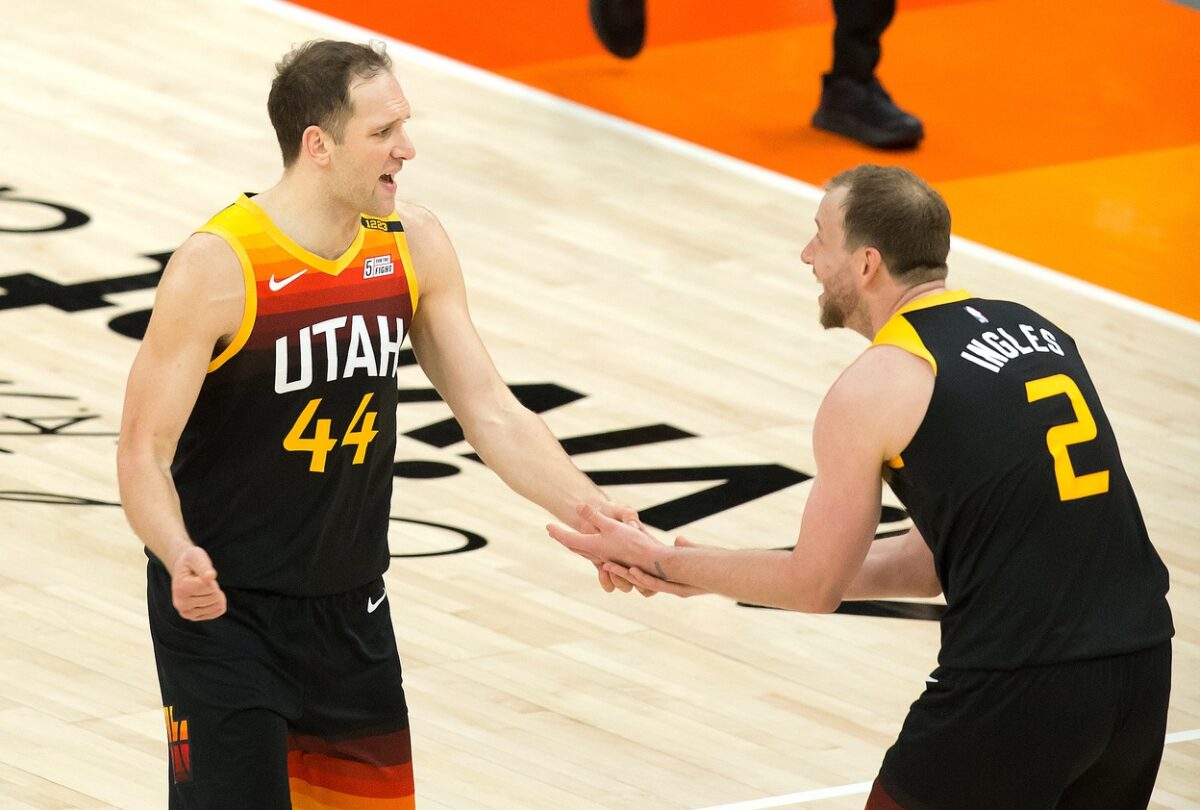 Depending on what they might get in return, the Utah Jazz are reportedly open to trading forwards Bojan Bogdanovic and Joe Ingles.

Matt Moore of Action Network pondered different rumors across the NBA spectrum and pointed out that such a move would be a dramatic shift for the Jazz, who could also end up losing a key contributor in Mike Conley this offseason.

“However, sources suggested that Bojan Bogdanovic and Joe Ingles were also bandied about as available if the Jazz could get a significant upgrade, which would be a major shakeup for the team, especially with Mike Conley headed to unrestricted free agency this summer,” Moore wrote.

News of this type of scenario comes after the Jazz watched what had been a promising season come to an abrupt end in the Western Conference semifinals. In that series, the Jazz defeated the Los Angeles Clippers in the first two contests before watching the Clippers run off four consecutive victories to clinch the series.

Exactly what constitutes an upgrade for the Jazz is unknown. Bogdanovic is 32 and has spent the past two seasons with the Jazz. He averaged 17.0 points, 3.9 rebounds and 1.9 assists per game as one of the team’s starting forwards this past regular season.

Ingles, who turns 34 in October, has spent all seven seasons of his NBA career with the Jazz. During the 2020-21 campaign, he averaged 12.1 points, 4.7 assists and 3.6 rebounds per game, splitting time between starting and coming off the bench.