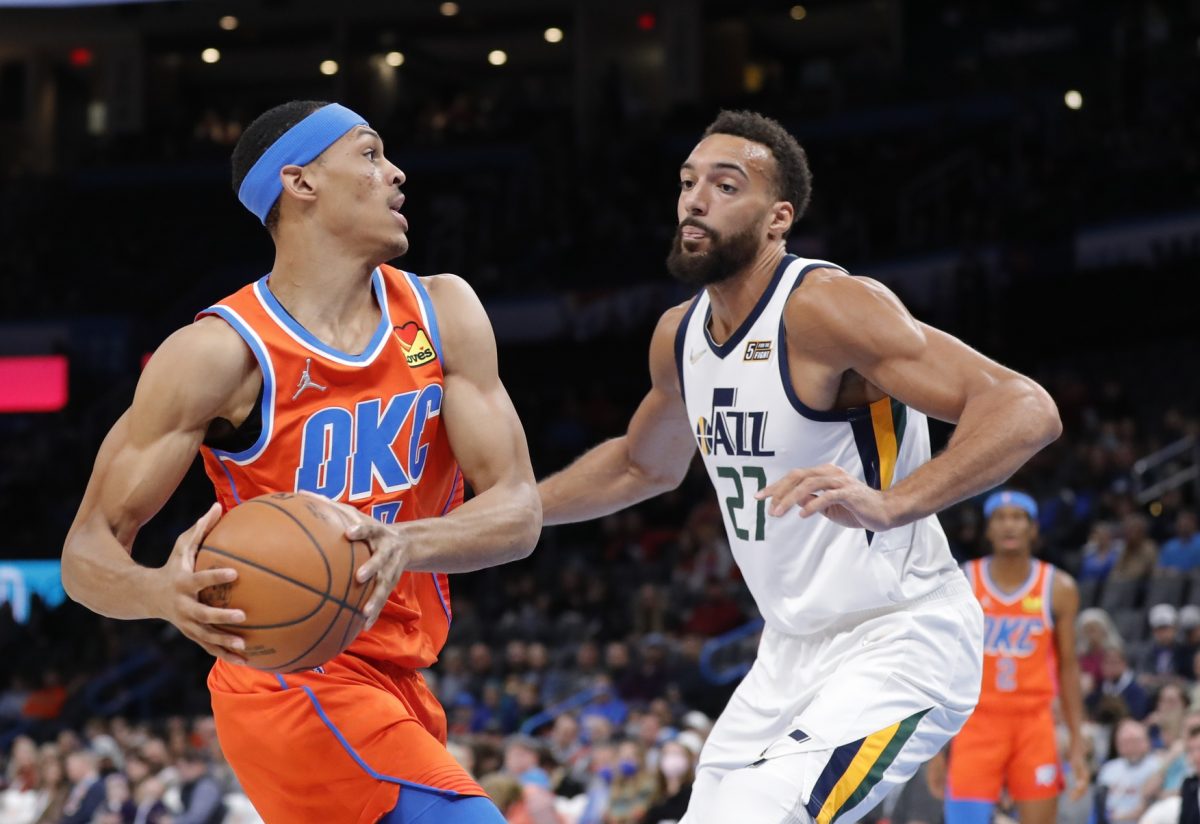 Utah Jazz star Rudy Gobert recently indicated that he sees other players’ dismissal of his defensive skills as a sign of respect.

Gobert spoke with Bleacher Report’s Taylor Rooks about the topic.

“When I see him in person, he’s always really nice and respectful,” Gobert said of Golden State Warriors star Draymond Green, who has stirred the pot with the Jazz star on multiple occasions. “So as long as that stays the same. I think that what’s being said about me on podcasts, it’s not just Draymond, it’s a lot of guys that try to discredit what I do every night, who I am as a player. It’s part of it. But for me, I will always take it as respect. If I was an average defensive player, an average player, they wouldn’t talk about me. I will always take it as respect.”

Both Gobert and Green are considered to be among the top defenders in the league. Green won the NBA Defensive Player of the Year award in the 2016-17 season. Gobert, meanwhile, has won the award three times.

This season, Gobert is leading the league with 14.7 rebounds and 2.3 blocks per game. Green, on the other hand, has been plagued by injury this season, seeing action in just 37 games. He’s averaging 7.5 rebounds and 1.1 blocks per contest.

Part of the reason that Gobert apparently isn’t upset with Green is likely due to the fact that the Warriors forward has always been a quotable player. In addition to freely speaking his mind, Green also has a reputation for sometimes being volatile on the court.

Gobert’s image is less prominent than Green’s since he plays in one of the league’s smaller markets.

Right now, Gobert is zeroed in on trying to improve the playoff position of the Jazz, who have a 45-26 record.

That mark puts the Jazz just two games behind Green’s Warriors. The recent return of Green to Golden State’s lineup could put the two players on a collision course to face each other during the postseason.