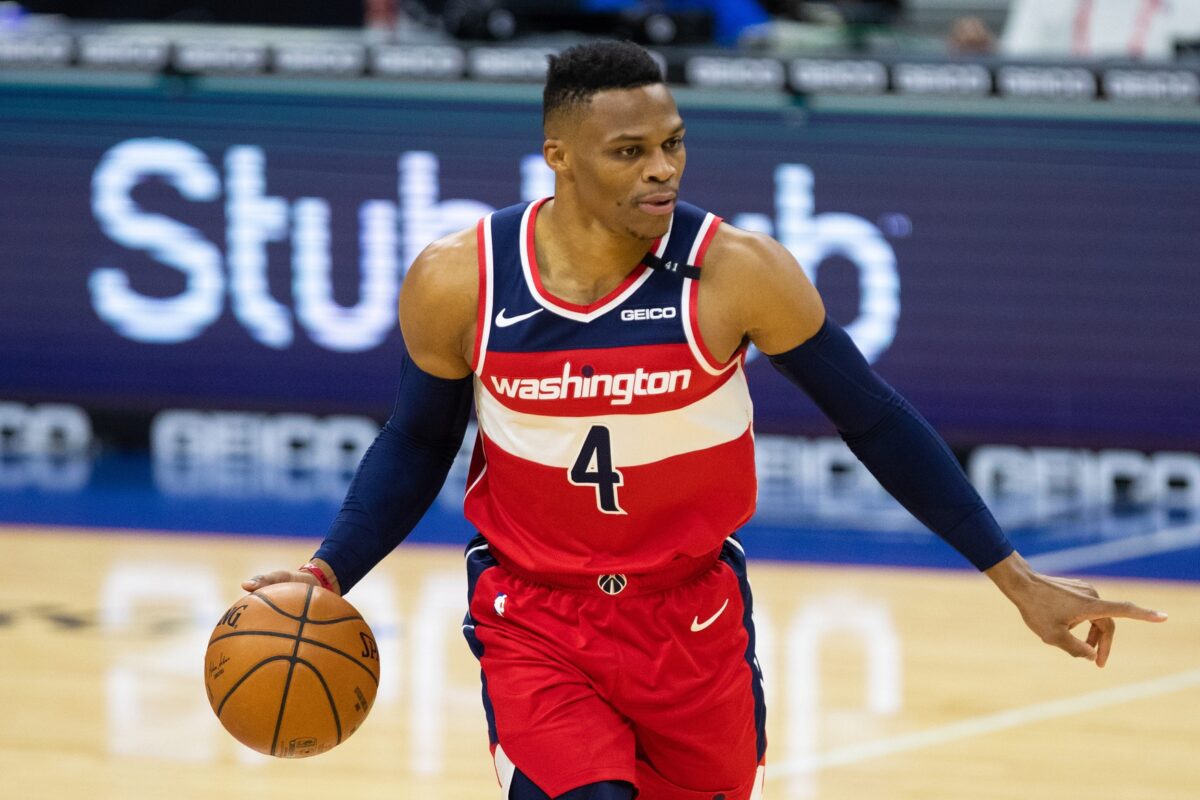 ESPN analyst Kendrick Perkins offered his opinion that in a comparison between current superstar guard Russell Westbrook and retired Hall of Famer Allen Iverson, Westbrook will be considered the better player.

All due respect to the legend & Icon Allen Iverson, but the BRODIE Russell Westbrook will go down as the better player all time, yeah I said it!! Gather round for Masterperk Theater on @sportsnation and carry the hell on!! pic.twitter.com/t1yIu4Pyi6

To bolster his argument about Westbrook, Perkins pointed out that the Washington Wizards guard established a new NBA record in April with his 12th triple-double for a calendar month. The old record of 11 had been held since the legendary Wilt Chamberlain compiled that total in 1968.

It’s likely that fans of Iverson will point out the potential bias in Perkins’ analysis since Perkins and Westbrook were teammates for more than four seasons with the Oklahoma City Thunder.

Iverson’s status as a Hall of Famer is an achievement that Westbrook will undoubtedly reach once he retires, but the former Philadelphia 76ers guard’s career numbers also show plenty of all-around skill.

In addition to being a prolific scorer, Iverson dished out plenty of assists and also grabbed his share of rebounds during his NBA career. One other aspect of Iverson’s overall game worth noting was the fact that he led the league in steals per game for three consecutive years.