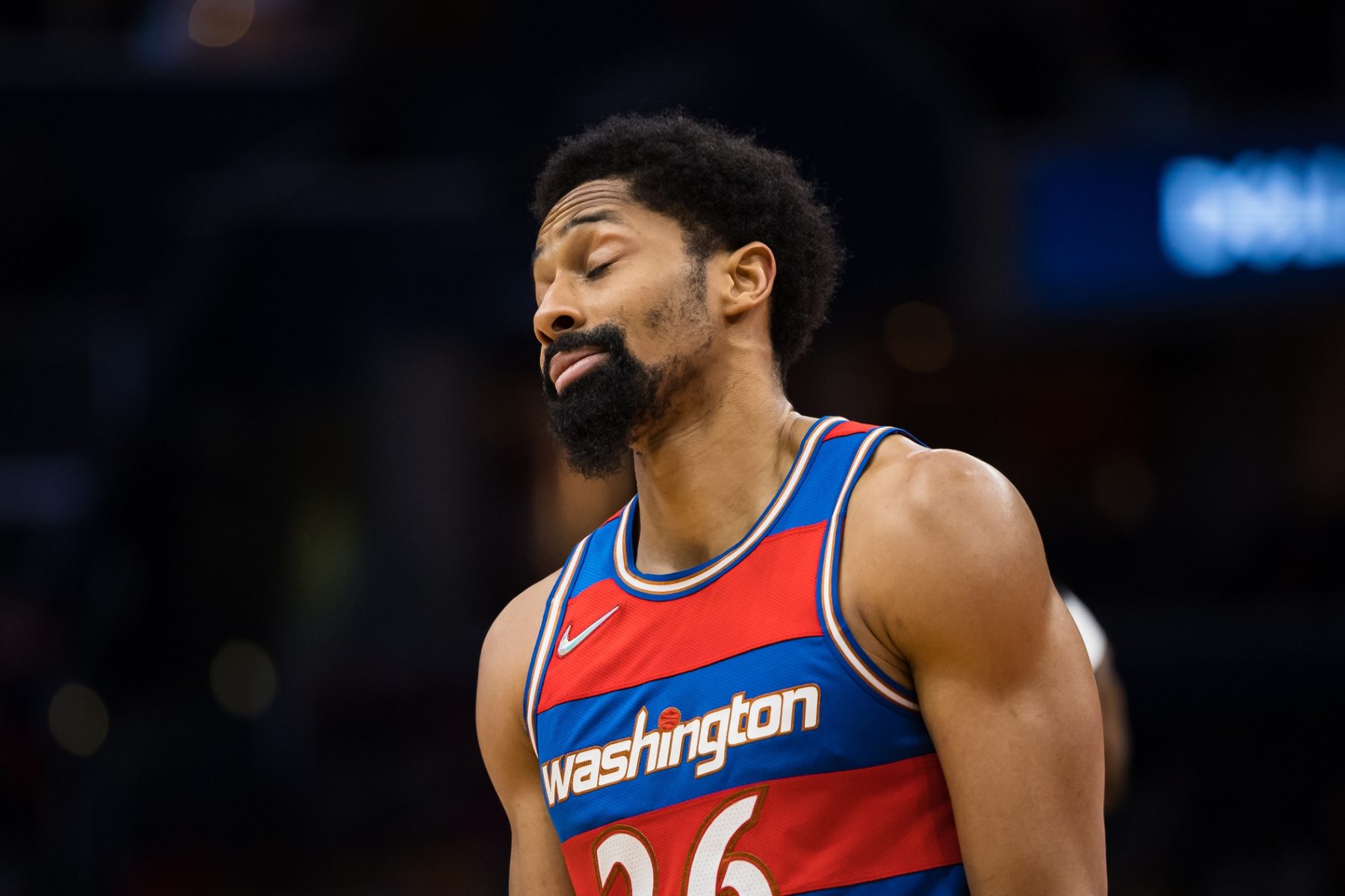 The Washington Wizards got off to a blazing start to the 2021-22 NBA season, but they have since dropped in the standings.

Because of that, it looks as though the team’s front office is willing to make some drastic changes prior to the upcoming trade deadline.

According to a recent report, the Wizards are willing to part ways with all players on their roster aside from Bradley Beal and Kyle Kuzma.

“With Bradley Beal electing for surgery this week, every player on the Wizards’ roster not named Kyle Kuzma is available, three different sources said this week,” Matt Moore of the Action Network reported. “That doesn’t mean it’s a fire sale — the Wizards definitely want return value — but they are not keeping anyone besides Beal and Kuzma away from talks.”

As the report indicates, Beal elected to have surgery recently and will sadly have to sit out the rest of the season. For that reason, Washington’s playoff hopes have taken a huge hit. Given that, it makes sense that the Wizards are open to making huge changes to their roster in preparation for next season.

As for Kuzma, it is certainly worth noting that the team clearly considers him to be a valuable piece on its roster. Kuzma was traded to the Wizards this past offseason as part of the Russell Westbrook deal with the Los Angeles Lakers. Since then, he has proven to be an incredibly valuable asset on the court for Washington.

So far this season, the 26-year-old forward is averaging 16.1 points, 8.7 rebounds and 2.8 assists per game. He is showing many around the league what he is capable of doing after a lot of fans were hard on him during his time with the Lakers.

Outside of Beal and Kuzma, the Wizards do have some interesting players on their roster. With just a few hours to go before the deadline passes, it will be interesting to see if they make any big moves before the final bell rings.