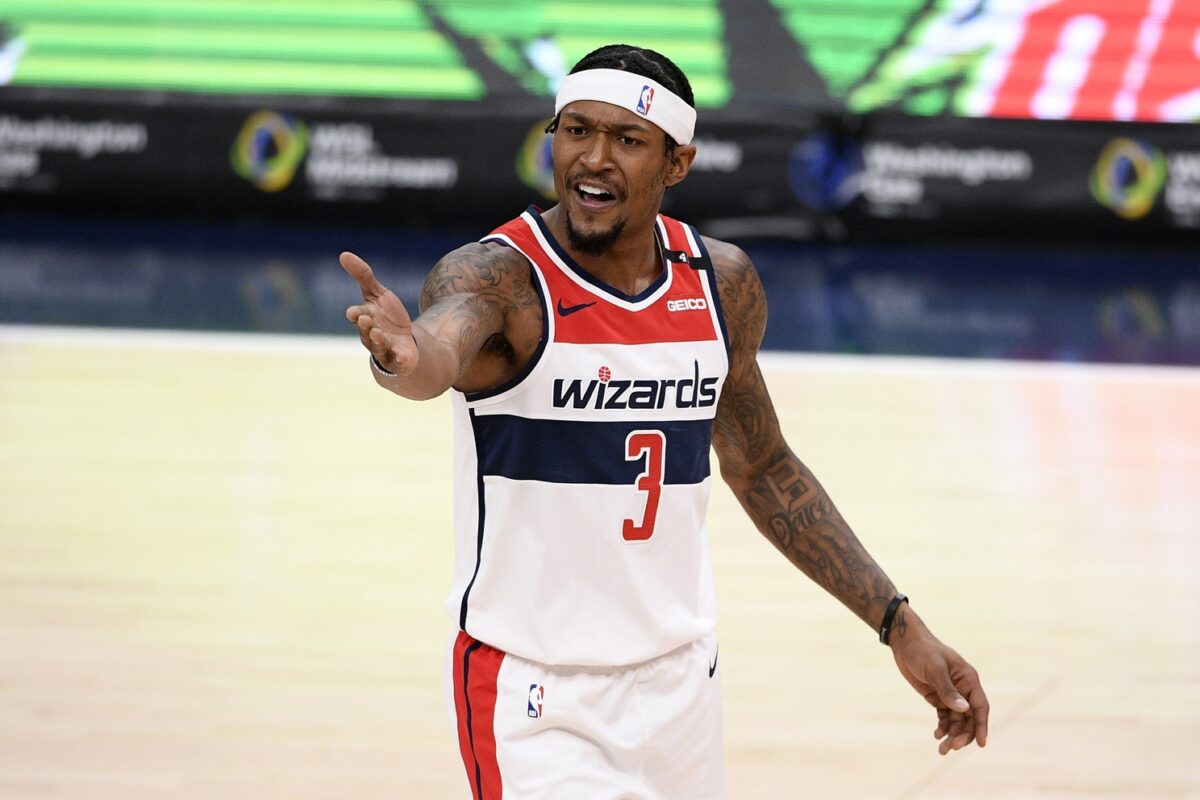 The Washington Wizards have struggled to start the 2020-21 season, but they still believe star Bradley Beal is a part of their future plans.

The Wizards reportedly believe that Beal is a player that they can build around and would rather keep him than trade him for assets.

“I’ll tell you what the Wizards believe: they consider Bradley Beal someone a team should build around, not someone who is worth recouping assets for in a larger trade,” The Athletic’s Fred Katz wrote. “As long as he wants to be in D.C., they want him here.”

Despite this, one NBA executive reportedly believes that Beal could request a trade and that the Wizards would honor that request.

Beal is averaging a league-best 32.8 points per game this season, but it hasn’t been enough to win the Wizards games.

Washington is just 6-16 this season and is the No. 14 seed in the Eastern Conference.

The Wizards had high hopes for a backcourt duo of Beal and Russell Westbrook, but the team has looked like anything but a playoff contender this season.

If the Wizards can turn things around, they may be able to convince Beal to stay long term. However, if the struggles continue, it is hard to see him wasting the prime of his career on a mediocre team.