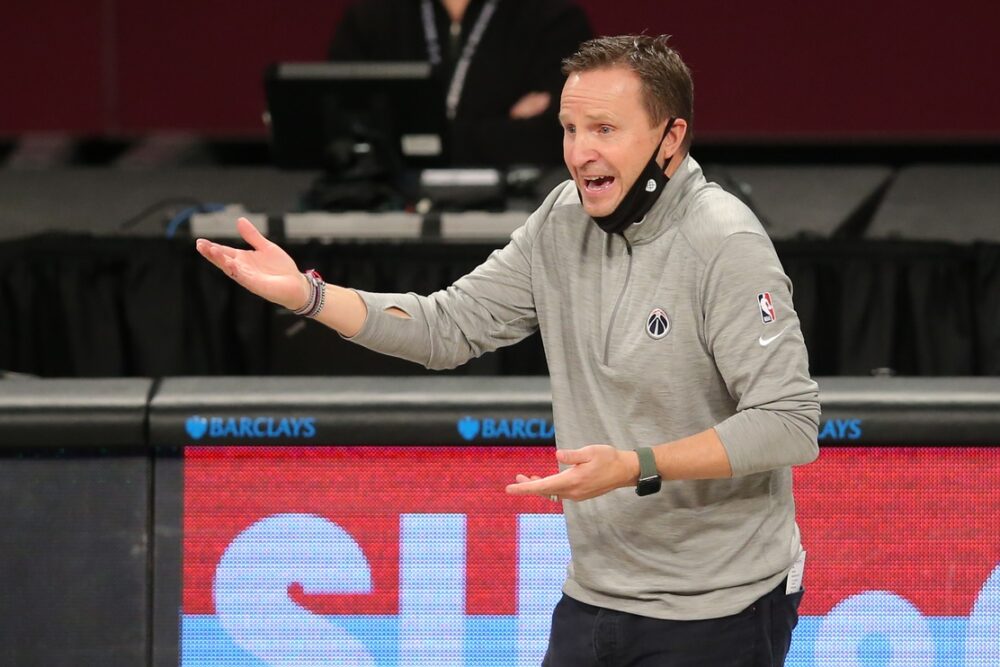 The 2-8 start for the Washington Wizards in the 2020-21 NBA season has reportedly put the job security of the team’s head coach, Scott Brooks, in jeopardy.

Kevin O’Connor of The Ringer looked at how the Wizards’ slow start has put Brooks’ job at risk.

“Wizards fans already miss [John] Wall, though undoing the trade wouldn’t solve all of their problems,” O’Connor wrote. “Head coach Scott Brooks, who is in the final season of his five-year contract, looks lost trying to find effective lineups. League sources say Brooks is sitting firmly on the hot seat. New coach or not, the team also just needs to be better. Some of their returning players are struggling—Davis Bertans has apparently lost his jumper, and Thomas Bryant still can’t protect the rim (and now he’s out for a season with a torn ACL). Their new additions haven’t moved the needle, either—Robin Lopez looks roasted, and Deni Avdija is just a rookie figuring things out.”

The Wizards are currently tied with the Detroit Pistons for the worst record in the NBA, with the 55-year-old Brooks in his fifth season of serving as the team’s head coach.

During Brooks’ first two seasons at the helm, the Wizards reached the postseason. However, the following two seasons saw a steep decline that included last season’s 25-47 finish.

The Wizards obtained Russell Westbrook in exchange for Wall, though his efforts have been overshadowed by Bradley Beal’s strong start that has made Beal a possible trade candidate.

Such a deal would likely make Brooks’ future with the Wizards even more tenuous. For now, he and the team need to focus on winning. That may difficult with a Monday night game against the resurgent Phoenix Suns next on the schedule.