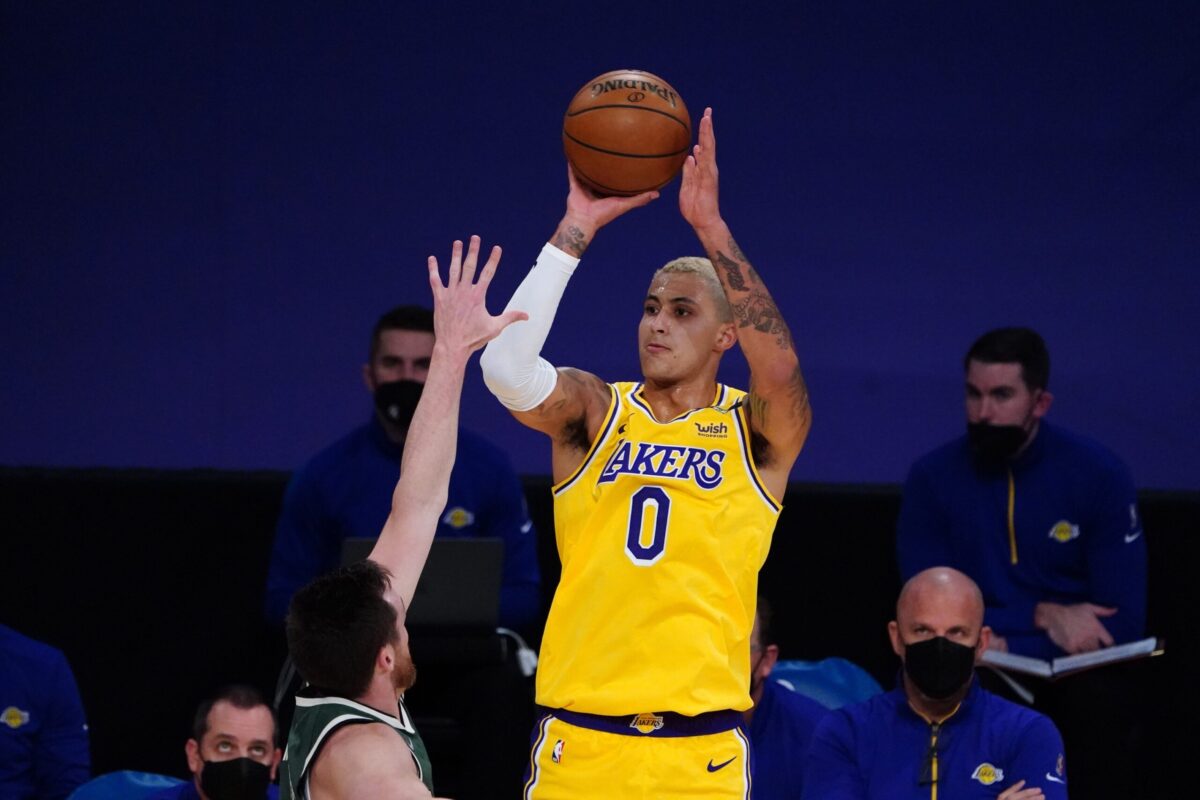 Just after acquiring multiple players from the Los Angeles Lakers for Russell Westbrook, the Washington Wizards may not be done making deals.

Kyle Kuzma, one of the players they received for Westbrook, might be flipped to another team.

“According to a former Western Conference executive, the Wizards highly value [Kentavious] Caldwell-Pope but may be open to either Kuzma, [Montrezl] Harrell or both rerouted to another team,” wrote Eric Pincus of Bleacher Report. “Would that team be Sacramento?”

Kuzma has played each of his four NBA seasons with the Lakers. This season, he improved his 3-point shooting, and his rebounding and defense have been steadily improving for a while now.

However, he has been somewhat polarizing among Lakers fans, partly due to his inconsistency and partly due to what some interpret as an inflated self-image.

He played fairly well during last year’s championship run in the bubble for Los Angeles, but in this year’s playoffs, he struggled mightily.

It appears the best situation for the Flint, Mich. native would be a team where he would start and be called upon to be a featured player on offense.

One specific rumor has Kuzma and one or two other players going to the Brooklyn Nets in return for guard Spencer Dinwiddie.