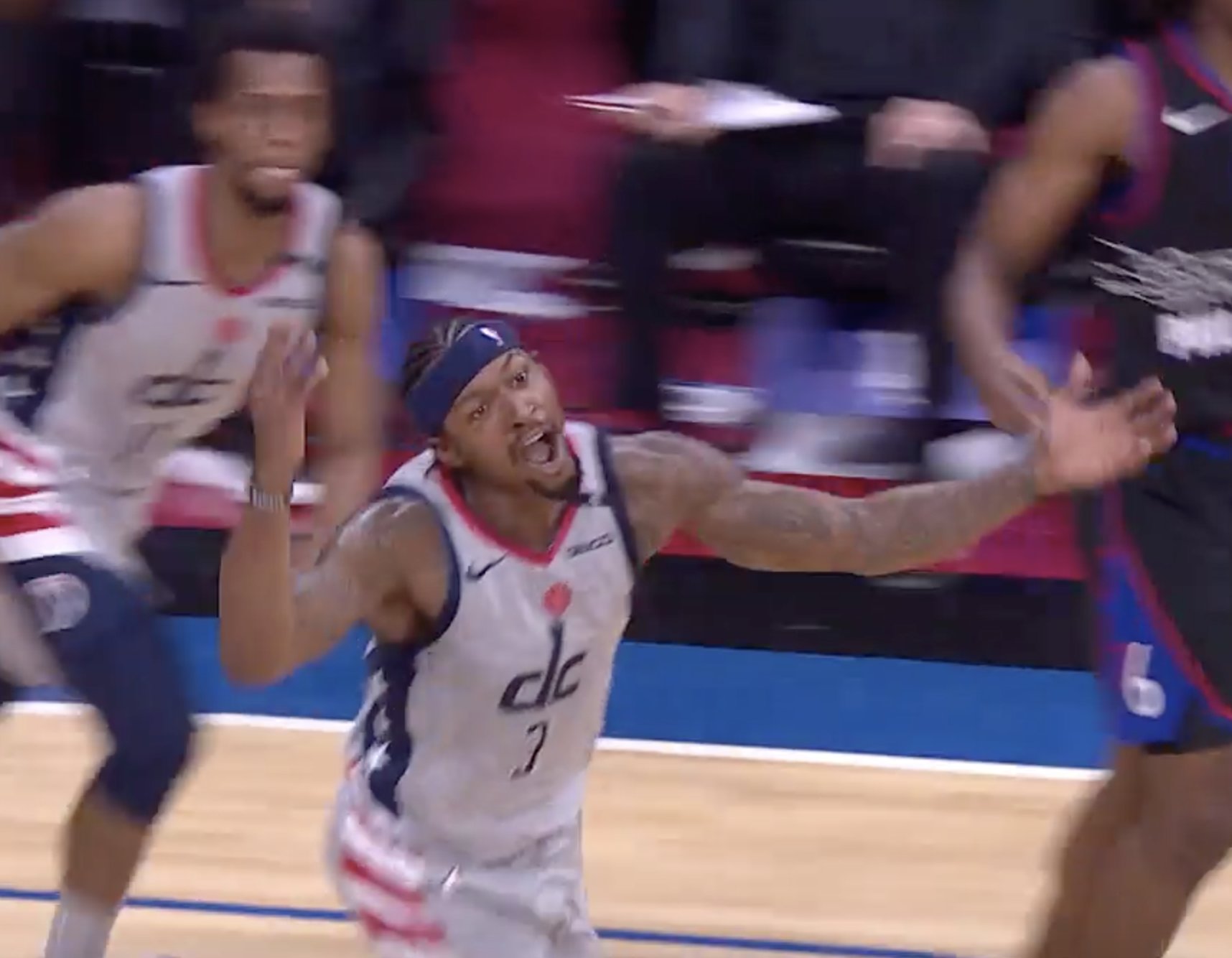 In the midst of the opening game of the playoff series between the Washington Wizards and Philadelphia 76ers, Wizards guard Bradley Beal decided to troll 76ers big man Joel Embiid.

Beal going all out on trolling Embiid 😂 pic.twitter.com/ETDwDnGw5x

Beal, whose health has been shaky as of late, appeared to be in good enough health to get the basket and then take an emphatic jab at Embiid.

The Wizards have led on a few occasions during the Game 1 matchup and are making an effort to stay within striking distance of the 76ers during fourth-quarter play.

Regardless of Sunday’s outcome, the likely back-and-forth between Beal and Embiid should provide some additional entertainment for fans.