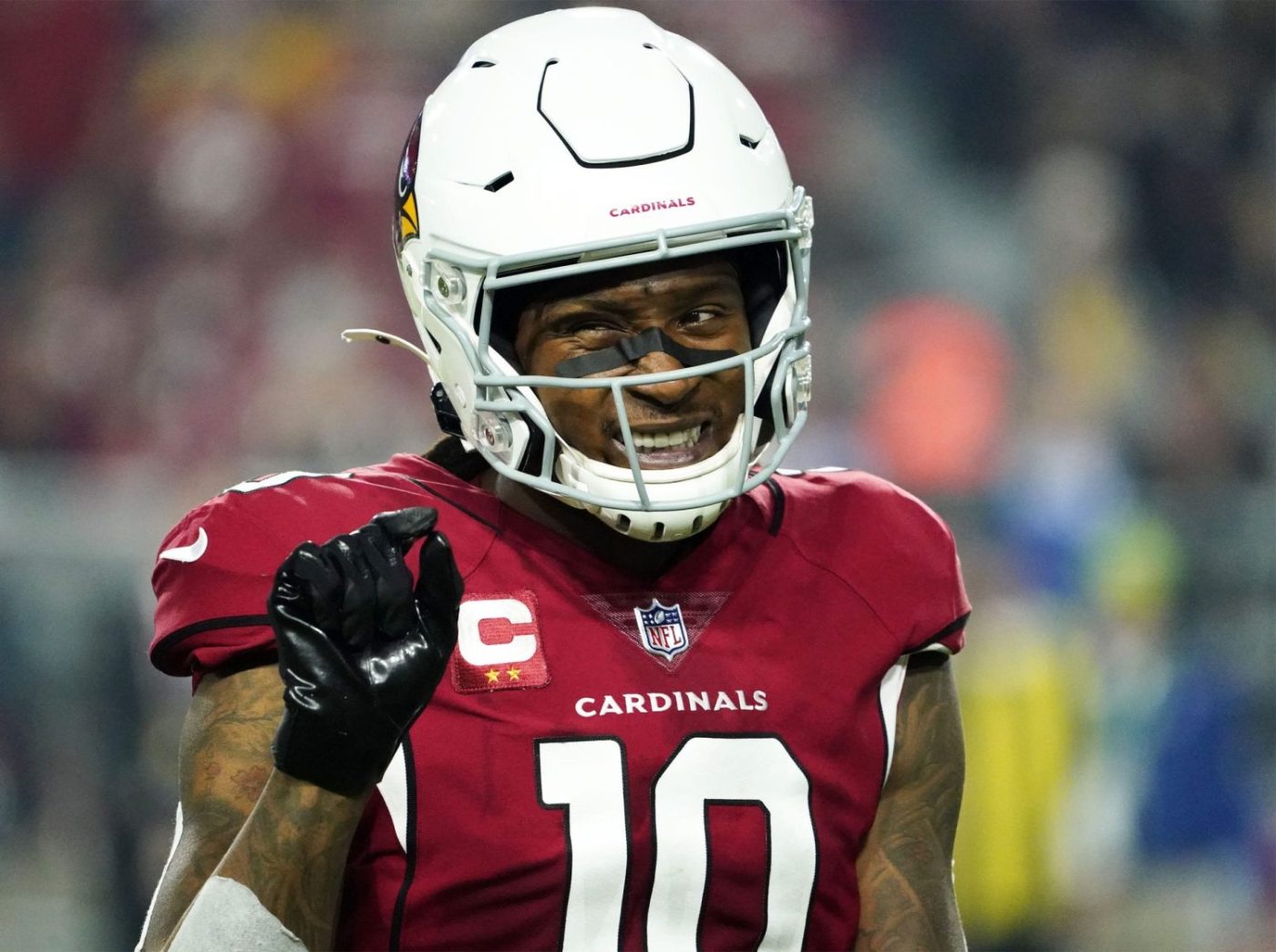 It was recently reported that the Arizona Cardinals will not have wide receiver DeAndre Hopkins for the rest of the regular season and part of the playoffs.

However, there is reportedly some sort of good news for the organization. It could have Hopkins back as early as the NFC Championship Game if the team makes it that far.

Cardinals’ WR DeAndre Hopkins, who tore his MCL last week, “could be back” for the NFC Championship Game or Super Bowl if the Cardinals were to make it that far, per source. But it would be “unrealistic” to expect him to return any earlier, said the source.

The 29-year-old has been key to the team’s success this season. Arizona currently holds the No. 1 seed in the NFC West with a 10-3 record. It is one game ahead of the Los Angeles Rams.

Hopkins had caught 42 passes for 572 yards and eight touchdowns before he went down with his latest injury.

Without their top wide receiver, the Cardinals might find it difficult to sustain their run through the remainder of the season. Fortunately, they are set to receive a huge reinforcement, as running back Chase Edmonds is about to return from injury.

Edmonds suffered a high-ankle sprain during the team’s Week 9 match against the San Francisco 49ers. At the time of his injury, he was Arizona’s leading rusher, having accumulated 430 rushing yards off 76 carries. He had also recorded 30 receptions for 211 yards.

While the Cardinals will definitely miss Hopkins, their backfield will at least be stronger than it has been in past weeks.

Arizona will look to bounce back from a loss to the Rams. It was a heartbreaker for the Cardinals, as a win over Los Angeles would have given them some breathing room in the race for the top seed in the division. The Cardinals will face the Detroit Lions on Sunday.