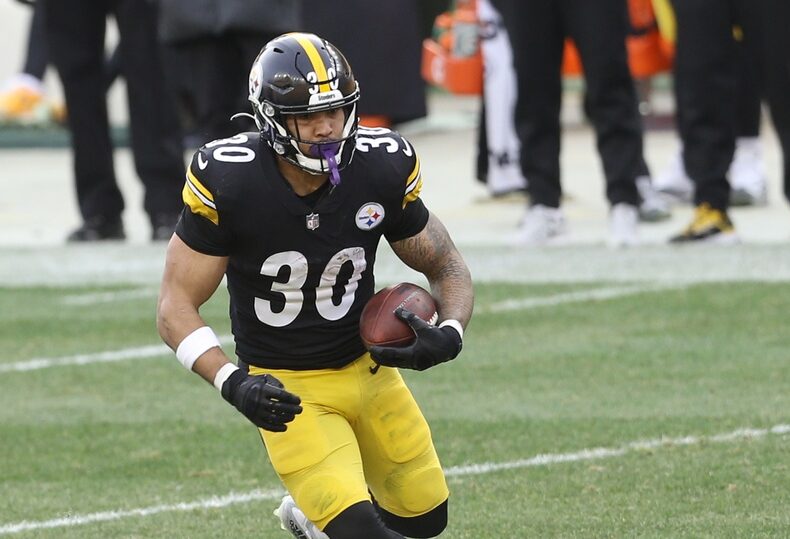 Free agent running back James Conner has ended his tenure with the Pittsburgh Steelers to sign a deal with the Arizona Cardinals.

The @AZCardinals continued to pick up veteran free agents as they have signed former Steelers RB @JamesConner_ one day after he flew in for a visit. @NFLonFOX

The move marks a dramatic lifestyle shift for Conner who grew up in western Pennsylvania, played collegiately at the University of Pittsburgh and was drafted by the Steelers in the third round of the 2017 NFL Draft.

During his four years in a Steelers uniform, Conner rushed for a total of 2,302 yards and 22 touchdowns. In addition, he also caught 124 passes for 963 yards and reached the end zone four times.

The Cardinals are coming off an 8-8 season in 2020 and were in the market for a running back after their top rusher last season, Kenyan Drake, signed to play for the Las Vegas Raiders.

Conner will be in the same backfield with quarterback Kyler Murray, who is developing into a star after two strong seasons to start his career.

For the Steelers, the departure of Conner figures to make the selection of a running back a priority when the NFL draft gets underway later this month.